You should also be throwing out your underwear a lot more regularly than you probably thought.

Listen, we get it. 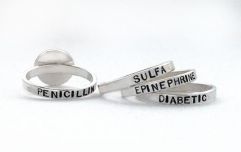 END_OF_DOCUMENT_TOKEN_TO_BE_REPLACED

They shouldn't, but they do, and for whatever reason, you haven't changed your underwear today.

However, the news that this study reveals that almost half of the people polled don't change their underwear on a regular basis? Now that... that is worthy of judgement.

These are bits of fabric that spend hours near the smelliest parts of our body, and you figure "Yeah, I'll keep these on again tomorrow. And maybe the next day too, who knows?" 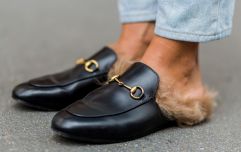 END_OF_DOCUMENT_TOKEN_TO_BE_REPLACED

The study, performed by underwear specialist Tommy John (and reported by New York Post), revealed that 45 per cent of those polled have worn their underwear for more than a day.

Worse still, 13 per cent have worn underwear for up to a week at a time, although admittedly, it is the men who are the bigger culprits in this regard, being 2.5 times more likely than women to wear their bun-cushions for up to seven days.

The same research revealed that 46 per cent of people keep the same underwear for a year or more, with 38 per cent admitting they had no idea how old some of their underwear actually was.

It is recommended that you throw out underwear every six months, as the build-up of microorganisms and fungi (yes, FUNGI!) can lead to yeast infections or urinary tract infections.

So, what have we learned?

Look to your left. Now look to your right. Someone here is likely to have some stinky pants, and possibly growing fungi.

Girls With Goals || Her · Ep.160: The Beauty Of Coaching - Hayley Harrison joins us from Sport Ireland
popular
Regé-Jean Page arrives in Ireland to shoot new movie
A pink tampon disposal glove has been created - by three men...
Here's the average age people lose their virginity around the world
Kate Middleton has addressed the rumours that she's pregnant with her fourth child
Someone has ranked the penis size of men from all over the world
The Queen has banned Meghan Markle from wearing any of Princess Diana's jewellery
Chris Evans Reveals Cancer Scare During Breakfast Radio Show
You may also like
2 days ago
M&S just launched the designer collaboration of dreams – with the ONE dress everyone needs
1 week ago
Low rise jeans are making a comeback and it's a hard no from us
1 week ago
You can now buy scented stickers designed for your face mask – for a fresh smell
1 week ago
You can now get a baguette clutch for €795
2 weeks ago
5 cardigans we're obsessed with this spring
3 weeks ago
Dresses over jeans and chunky highlights: looking back at my early 2000s fashion
Next Page