Ladies, you are not alone.

We're all in agreement that sex is great, but we're wise enough to know that not all sex was created equal.  There are certain positions that benefit us ladies, and certain ones that well, just don't.

A new survey by Women's Health has revealed that ladies everywhere have been harbouring the same hatred for the same sexual positions.

While some researchers have stated that cowgirl is the best sex position for women to achieve orgasm, the readers of Women's Heath might disagree because they've included a variation of it in their list of the least pleasurable sexual positions.

1,200 women were asked to list their least favourite sex positions and they divulged a hatred of:

Very interestingly, Doggy Style also tops the poll of the most dangerous position for women. 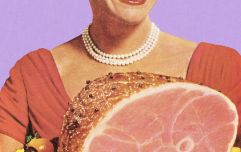 Chilling the beans: my entirely accidental fall into cooking therapy

END_OF_DOCUMENT_TOKEN_TO_BE_REPLACED

According to Kristi Latham, Doctor of Physical Therapy and founder of physical therapy clinic Beyond Therapy & Wellness, this popular position can lead to a common injury.

She told Yahoo! Health that “a woman’s vagina can actually tear if her partner enters her wrong.”

While this could happen during intercourse in any position, doggy style is one of those where the woman has less control and the angles can be awkward, thus increasing the risk of injury.

More interestingly, the runner-up, girl-on-top was the most dangerous sex position for guys. This is because it is responsible for half of all penile fractures.


popular
We are absolutely obsessed with this grey teddy coat, and it's just €29 in the Zara sale
Tried and tested: I got my eyebrows laminated, and I'm absolutely weak for myself now
Met Éireann has issued an ice and low temperature warning for 17 counties
Samantha Markle has spoken out about Meghan and Harry's decision to pull away from the royals
Coronation Street's Gemma and Chesney to discover their baby son Aled is deaf
Rosie Connolly just wore the most gorgeous €25 blazer from Penneys, and we need it
Brad Pitt JUST responded to speculation about his relationship with Jennifer Aniston
You may also like
2 days ago
QUIZ: Can you guess what society's most infuriating daily disruptions might be?
5 days ago
'Happy wife, happy life' is a very real thing, according to one study
1 week ago
Research finds that drinking tea regularly is linked to a "longer and healthier life"
1 week ago
People who vape and smoke together double risk of stroke, says study
1 week ago
4 protein-rich foods if you're changing up your diet this January
1 week ago
Your sleep tracker could be giving you a sleeping disorder
Next Page