"I made the decision to stop chemotherapy after my first dose on October 18."

Vicky Phelan has said that she now wants to focus on her quality of life rather than putting her "body through torture."

The CervicalCheck campaigner, who returned home to Ireland to receive palliative care some weeks ago, said that she had her second dose of Pembro treatment this week and that she is feeling "very well." 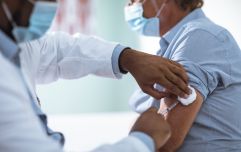 END_OF_DOCUMENT_TOKEN_TO_BE_REPLACED

Vicky said that she made the choice to stop chemo in October, due to the effects it was having on her body.

"My poor Dad, who reads absolutely every single message that comes in, has been getting on to me to put up a post for people to let you all know that I am well," she began in an Instagram video.

"I made the decision to stop chemotherapy after my first dose on October 18. I was horrendously ill for almost two full weeks and I decided that I have had enough of putting my body through torture. At this stage, my treatment is palliative anyway. There is nothing else that can be done medically.

"And so, I decided that, for me, quality of life is far more important to me now than quantity of life if the extra time that I might get means that I have to go through hell for 2-3 weeks every month." 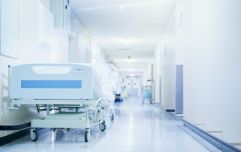 END_OF_DOCUMENT_TOKEN_TO_BE_REPLACED

Vicky went on to say that her focus for the next few months will be on her quality of life, being well enough for Christmas, and to spend time with her children.

The campaigner also issued thanks to the staff at the Mid-Western Cancer Centre at University Hospital Limerick, where she is now being treated. "Thank you to Áine, Mairead and porter Christy who really minded me. I really missed that when I was away in America," she said.

"Finally, a huge big THANK YOU to all of you, my followers, my tribe, for thinking of me, for praying for me, for sending positive energy my way and for worrying about me. I really really appreciate all your messages, comments, cards, gifts, flowers."

popular
Liveline listeners call for RTÉ's new property show to be scrapped
Negative Covid tests will be required to enter Ireland, Cabinet agrees
Father and daughter stabbed to death in London
Doctor accused of making TikToks during surgeries banned from performing them
Pantos can go ahead this Christmas but don't bring the children – Health Minister
14-year-old boy charged with murder of 12-year-old Ava White
Three-month plan needed to manage current Covid wave, says NPHET official
You may also like
1 day ago
Planning permission denied for hotel on Dublin's Cobblestone pub site
1 day ago
Ghislaine Maxwell's trial set to begin in New York today
1 day ago
14-year-old boy charged with murder of 12-year-old Ava White
4 days ago
Booster vaccines set to be given to anyone over 16
4 days ago
Penneys to create 700 jobs over new investment and store
5 days ago
Tánaiste says more restrictions may be needed before Christmas
Next Page