PIC: This Mum's Viral Response To Her Breastfeeding Snap Being Reported Is PERFECT

How you decide to raise your child should be a decision each mother makes for herself.

Breastfeeding, in public or private. Choosing to stay covered, uncovered.

Nobody should feel uncomfortable, shamed or dictated to by the choices they make in feeding their child.

END_OF_DOCUMENT_TOKEN_TO_BE_REPLACED

New mum Maria Corry was left shocked when her Facebook snap was reported on five separate occasions for breaching Facebook’s guidelines on nudity.

The image, which was deleted, showed no nipple – just Maria feeding her child.

Feeling frustrated and angered by the double standard facing women and their nudity, Maria decided to take matters into her own hands. 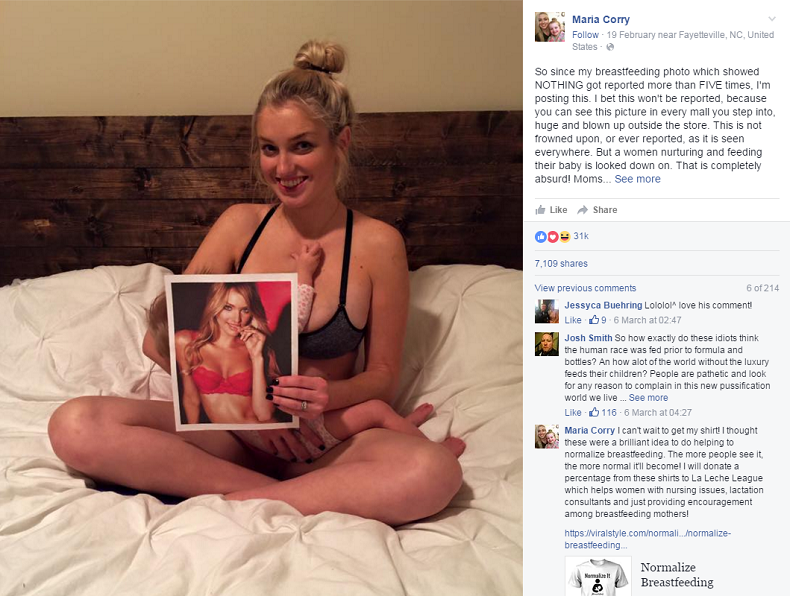 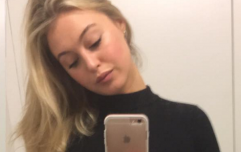 END_OF_DOCUMENT_TOKEN_TO_BE_REPLACED

Holding up an advertisement of a woman in lingerie, the mum wrote:

“So since my breastfeeding photo which showed NOTHING got reported more than FIVE times, I'm posting this. I bet this won't be reported, because you can see this picture in every mall you step into, huge and blown up outside the store. This is not frowned upon, or ever reported, as it is seen everywhere. But a women nurturing and feeding their baby is looked down on. That is completely absurd! Moms, post your breast selfies below. Nurse in public. People who think breastfeeding is nasty, or looked at sexually is a paedophile for even thinking of it in that way! Breastfeeding is natural, it's what our breasts were meant for! In other countries breastfeeding is praised, and welcomed everywhere! In America, people have so much negative things to say about it! I'm done with this stupid nonsense. I can't believe how much backlash my photo got, but more importantly I got tons of support and I thank you all. And again, BREAST IS BEST!

**EDIT: When I said paedophile, I was just hurt and angered someone was reporting my picture. I think anyone who sees breastfeeding as a sexual act, does have something wrong in their head though. And yes, "fed is best" but it has been proven breastmilk is best for babies. But yes as long as a baby is fed all is well! Hope that cleared up some commotion going on. Thanks for the support!

**** Feel free to share this! Make mothers feel more welcome to nurse their babies wherever they please.”