"I've been told to cocoon for 12 months because I'm high risk."

The Covid-19 vaccine timetable was revised this week, and some people with underlying conditions have still not been moved up the priority list. 29 year old Aoife Rafter is one of those people.

Aoife tells Her she was disappointed to hear the news on Wednesday that she still doesn't have a clear idea of when she can get the vaccine - and leave her house safely.

"We have the highest rate [of CF] per capita in the entire world. I assumed at the very least cystic fibrosis would be moved up into this new more urgent group. But that doesn't seem to be the case. 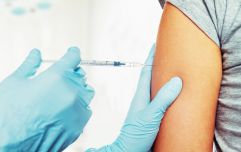 END_OF_DOCUMENT_TOKEN_TO_BE_REPLACED

"We're only one tiny part of the puzzle, there's so many people with different diseases that are being excluded."

Like many with an underlying condition, Aoife has been cocooning for 12 months with no vaccine date in sight. Just weeks before the pandemic hit, she had finished treatment for cervical cancer and also had a hysterectomy. 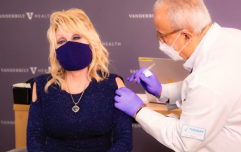 END_OF_DOCUMENT_TOKEN_TO_BE_REPLACED

"I literally was just starting to get my life back together after all my cancer treatment," she says. "Then Covid came to Ireland and lockdowns were announced in March. I've been cocooning ever since then.

"At the very same time I was also going through the menopause because of my cancer treatment, so it was really difficult."

Aoife is part of the Vaccines4Vulnerable campaign, a new movement aimed at tackling the inequality in vaccine distribution among the vulnerable in Ireland.

"The hope is to include a lot more people, at least everybody with CF, it's a very small population," Aoife says.

"At the moment you only get moved up if you have sever liver disease, kidney disease, neurological diseases. But we want people that are chronic as well to go into that category, because those people are in and out of hospital the whole time for treatment."

You can show your support by heading over to Vaccines4Vulnerable.com.

popular
Woman who 'fell off' rollercoaster ride is identified
Corrie actress Lucy Fallon pregnant after miscarriage heartache
Alec and Hilaria Baldwin welcome their seventh child
Netflix's true crime series Sins of our Mother is seriously insane
Budget 2023: Parents will not have to pay for primary school books from next year
Why Are Men so Obsessed With Boobs? The Answer is Pretty Surprising...
So, William and Harry have a step sister... and who knew?
You may also like
5 months ago
Luke O'Neill says vaccines are working to fight against new Covid strain
8 months ago
Five still births linked to Delta variant for unvaccinated mothers
8 months ago
Nphet to consider bringing in mandatory vaccinations
8 months ago
High risk 5-11 year old children can now register for a vaccine
9 months ago
Janssen receivers should be prioritised for booster as protection "down to zero"
9 months ago
Online booking system for booster vaccine has officially opened by HSE
Next Page