Women are urged to stop putting this vegetable in their vagina

There's apparently a new trend which involves women cleaning their vagina with the aid of a cucumber. There is nothing sexual about it, purely for cleansing purposes.

Aptly named, the cucumber cleanse, it involves the outer skin of a cucumber being removed and then the remainder of the naked cucumber being inserted into the vagina. It's then twisted around for 20 minutes. The guide is to do it until it's warm. 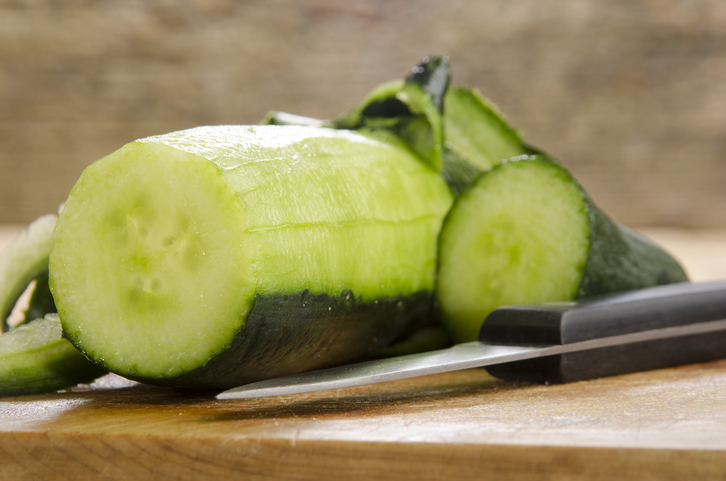 END_OF_DOCUMENT_TOKEN_TO_BE_REPLACED

A Canadian doctor has now spoken out against this cleanse and is urging women to step away from the cucumbers.

Dr. Jen Gunter has taken to her blog to warn women about the dangers involved with such a cleanse. She says that this sort of practice could lead to serious side effects, such as HIV or gonorrhea. Doing any sort of cleanse on your vagina, in particular using a cucumber, can harm the good bacteria and disrupt the mucosal surface.

"By damaging lactobacilli and the mucosa attempts at vaginal cleaning increase a woman’s risk of contracting HIV or gonorrhea if she is exposed. Paradoxically it will also cause odour.

The pH in the vagina is controlled by the good bacteria, the same bacteria that attempts at “cleansing” actually damage."

Jen also stresses that it's not just about messing with the natural way your vagina works, but she also wants to remind women that cucumbers can pass on fungi or bacteria. No matter how much of a clean you give it.

She ended by saying:

Anyone who tells you otherwise is misinformed, selling a product, or both. And remember, don’t give opportunistic infections an opportunity is a good motto."

popular
Love Island's Gemma finally tells villa about dad Michael Owen on TV
Love Island: Danica sets her sights on Andrew as Luca asks Jacques about his relationship with Gemma
Parent's Benefit Leave in Ireland is being extended from today - here's what you need to know
Drama series about Maxine Carr and Ian Huntley is filming in Dublin
10 stunning and affordable outfits that are perfect for a summer wedding
Another of Gemma Owen's family could be headed for a reality show
Irish girls name was the most used Irish name in the United States last year
You may also like
21 hours ago
Love Island's Gemma finally tells villa about dad Michael Owen on TV
4 days ago
BBC Radio 1’s Adele Roberts announces she is cancer-free in emotional statement
2 weeks ago
Double-decker aeroplane seats could become a thing soon, unfortunately
1 month ago
Johnny Depp performs in Sheffield as he awaits verdict in defamation case
1 month ago
Pregnant bride goes into labour on her wedding day four weeks early
1 month ago
'Hardballing' is the new dating trend that actually seems pretty healthy
Next Page