If you are a human being living on planet earth, chances are you've heard of the 69.

And if you haven't, it's a sex position. Google it. Or don't. Just make sure you go incognito if you are.

END_OF_DOCUMENT_TOKEN_TO_BE_REPLACED

The 69 has become a classic among people who have sex and yet, so few of us have ever heard of the 68.

Why? Because it sounds like a lot of work and we're just not able for the stress, tbh.

According to Your Tango, the 68 is the "best sex position you've probably never heard of." And it goes a little something like this:

One person lies on their back - standard enough beginning.

END_OF_DOCUMENT_TOKEN_TO_BE_REPLACED

The other person lies on top of that person with their genitals facing their partner's mouth with their body facing upwards.

The person on the bottom then has all access to their partner's bits from underneath while also having some free hands to touch some other places while they're down there giving oral.

Still with us? No? Here's a diagram shared on a website called Orgasm.org for reference. 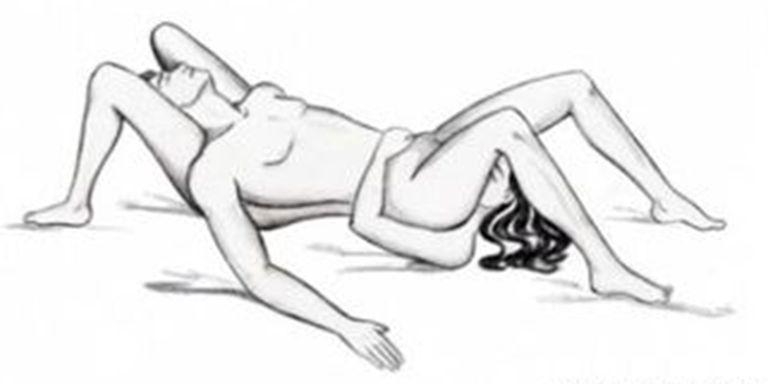 END_OF_DOCUMENT_TOKEN_TO_BE_REPLACED

Like, we're sure this feels nice and everything, but is the 68 really all that achievable?

Would your neck not be absolutely wrecked from forcing it up to someone else's bits from such an awkward angle?

Would you not primarily have a face full of ass for the entirety of this exercise (which, you know, if that's your thing then go for it, maybe the 68 is the position for you)?

At the end of the day, we're not going to knock the 68 until we've tried it (which will probably be no time in the near future due to how painfully alone and lazy we are).

popular
Tommy Fury responds to Jake Paul ruining his baby news
Looks like Maura Higgins knew Molly-Mae's baby name this whole time
Here's why Nicola Peltz-Beckham's family are suing her wedding planners
Chrishell Stause faced "unbelievable" trolling for relationship with G-Flip
Love Island's Zara speaks out after being dumped from the villa
Why Are Men so Obsessed With Boobs? The Answer is Pretty Surprising...
We're all getting Hailey Bieber's new box bob haircut in 2023
You may also like
1 month ago
Straight woman and gay man 'make marriage work' with weekly feedback
8 months ago
People with many sexual partners need to watch out for monkeypox, says chief doctor
8 months ago
Sex educator Jenny Keane is back to answer more of your sex and pleasure questions
8 months ago
Sex educator Jenny Keane answers all of your sex and contraception questions
8 months ago
Gogglebox sparks Ofcom complaints over X-rated scene between woman and a duck
11 months ago
Sex after Covid? Becoming intimate post-pandemic
Next Page