8 things you should know about renting in Dublin

Nothing can make you start panic-biting your nails again faster than a discussion about trying to find a place to live in the capital.

With the average cost of renting in Dublin up 13.9% on last year (that's 15.4 percent higher than their previous peak in early 2008) you'd be forgiven for thinking that the most prohibitive factor when it comes to leasing by the Liffeyside (or within a 40km radius) is the cost of it.

Ask anyone who's tried to find a decent place at a not-laughable price in Dublin recently and they'll tell you the hard part is getting in the door in the first place.

As a relative newcomer who eventually scored an unexceptional city centre home (after a long and bitter, Hunger Games-esque crusade and more than one visit to flats resembling a Trainspotting set) here are my tips for would-be renters:

1. Drop your standards immediately: At €1,375 per month (average), you may expect a mini fridge with a broken light bulb, a washing machine and a functioning shower. If there are two bedrooms, one will be of a shape that is entirely at odds with normal human uses for a room. They will tell you this is a 'reading nook'.

2. Consider 'up and coming' neighbourhoods: This means letting go of any childish affection for things like personal safety and streets that do not have giant penises graffitied on them. You will find yourself googling pepper spray. On the plus side you will very quickly learn how to programme a very complicated alarm system and there's always a bookies nearby if you fancy a flutter.

3. Money (or the sly pressing of it into people's palms) can not buy you happiness: On the advice of my Dad, ("just slip him a €50") I briefly considered trying to con my way into a rental arrangement. You know, under the table like. It just never seemed like the right time for this type of malarky - three letting agents along and I still wasn't getting the impression that they were susceptible to the old 'wink and nod' method that seems to work so well in other parts of the country. 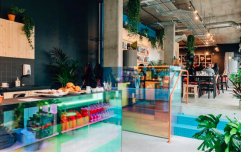 Hen's Teeth in Dublin is launching an unreal monthly market, starting this weekend

END_OF_DOCUMENT_TOKEN_TO_BE_REPLACED

4. Be a doctor: At one viewing, we offered a deposit immediately, having only just set foot in the hallway. The agent told us a pair of ridiculously accomplished doctors had also made an offer. The game was, they'd accept a deposit from both couples, then the owner would decide who got the house. Fun!

5. Don't mention The D Word: Dublin landlords are more receptive to letting property to pyromaniacs than dog owners. Being honest, salt-of-the-earth folk, we came clean about our (small, trained, impeccably behaved) dog right away... thus making the search for somewhere to live at least eight weeks longer. Other (less honourable) people I know say absolutely nothing until they move in. Then they simply claim the guilty looking golden retriever in the garden is absolutely nothing to do with them.

6. Testing times: Should you manage to dazzle a prospective landlord into allowing you to become their retirement fund, your next trick will be to pass a series of tests. These can include, variously, evidence of residency, a credit check, a phone call to your employer, an impromptu game of rock, paper scissors or a prostate exam. The last one is probably the least invasive.

7. BUT FIRST you will need to present the following items: Three months of bank statements, a reference from your previous landlord, your PPS number, 500 recent payslips, a copy of your passport, a DNA sample, your father's driving licence, a photograph of you cleaning the skirting boards in your previous home and a fresh set of ten individually-taken fingerprint images rolled from nail to nail. By tomorrow.

Do you have any rental horror stories? Email us: Hello@her.ie, or message us on Facebook.

popular
Get ready to live like the stars because Lidl is selling an entire home cinema range
These sustainable Irish sweaters are making people smile, and they're back in stock tonight!
#Covid-19: People should limit themselves to one sexual partner, says Dr Holohan
The Skin Nerd on updating your lockdown skincare routine, and picking spots - if you HAVE to
Lookdown looks: I was wearing tracksuits 24/7 before it was cool
Brown Thomas and Arnotts to phase reopening from next week
'It's a little different': Stylist Lawson Mpame on Ireland's 'subtle' racism
You may also like
4 weeks ago
Shake up your hump day with pre-made Margaritas from Dublin's 777
2 months ago
#Covid-19: Dublin Pride parade and festival postponed until September
2 months ago
#socialdistancing: Dublin nail salon delivers gel polish removal packs to your doorstep
2 months ago
#Covid19: Dublin's drive-in movie theatre cancels screenings due to government restrictions
2 months ago
Dublin child seriously injured following attack by dogs in Dublin
2 months ago
Dublin is the third most expensive city in the world for fish and chips
Next Page