A new online dating abuse support service has been launched as part of a Valentine's Day campaign by Women's Aid. 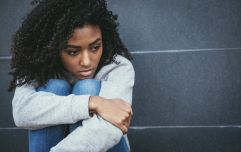 END_OF_DOCUMENT_TOKEN_TO_BE_REPLACED

Recent new laws under the Domestic Violence Act 2018 mean that women experiencing abuse in dating relationships can apply for legal protection from abuse.  However, Women’s Aid believes that many young women are still unaware of the change or how to go about getting the protection and support they need.

The organisation is distributing its new free 'The Law is On Your Side' guide today as part of the Too Into You campaign, and they have launched an instant messaging service to provide support online.

The Too Into You campaign also helps young women to spot the 10 key danger signs of dating abuse and provides information to combat online stalking and digital abuse.

“Dating abuse is a significant issue for our frontline support services and research has shown that while young women can be at even higher risk of abuse in a relationship than their older counterparts, it can be difficult for young women to see what is happening to them as abuse,"
Sarah Benson, CEO of Women’s Aid says.

"However, according to EU research 1 in 4 women in Ireland experience physical and sexual abuse and 39% of young women (aged 18-29) in Ireland have experienced emotional abuse by a boyfriend or partner. A stark reminder of this risk is that 1 in every 2 women, aged between 18-25, killed in Ireland since 1996 were murdered by their boyfriends or exes.”

She added that the campaign's Valentine's Day launch was to highlight "the hidden reality of many young women's relationships at a time traditionally associated with love, romance and celebration."

"In contrast to typically 'softer' Valentine's messages our hope is that in calling attention to the darker side of relationships at this time that the campaign will have a high impact. We are asking – what part of love is abuse," she continued. “We are very concerned at the slow pace of political action to address the harmful use of technology in intimate relationships. We are calling on whoever forms the next Government to immediately address the need a real legal solution to issues like image based sexual abuse (often incorrectly referred to as ‘revenge porn’).  Until this happens, young women remain unprotected by law.” 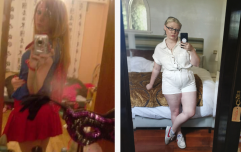 END_OF_DOCUMENT_TOKEN_TO_BE_REPLACED

Ms Benson also spoke directly to the young women who may feel unsafe or worried about their relationship.

“You are not alone in feeling something isn't right with your relationship. Women in dating relationships contact Women's Aid every day because they are afraid of their partneres. Your partner does not have the right to control and abuse you," she said. "You should not have to worry about how he will react to what you do. Dating abuse is wrong and no one deserves to be threatened, beaten or be in fear for their safety. We want you to know that you can chat to someone in confidence on our new Instant Messaging Support Service or call the 24hr National Freephone Helpline (1800 341 900) to help make sense of what’s going on in their relationship.”