Take it with a pinch of salt if you like.

Now, we know this isn't the first survey of its kind but the results make for interesting reading all the same.

The research involving 1,000 women looked at the age at which female sexual satisfaction reached its peak.

According to The Sun, 75% of those who were surveyed said their advice to younger women would be to have 'a varied sex life' before settling down with your life partner.

END_OF_DOCUMENT_TOKEN_TO_BE_REPLACED

A third of women said that they became more confident as they grew older and of course, it would make sense that having more confidence in the bedroom would lead to better sex.

Another finding from those surveyed was that 22 years of age was when the most sexual encounters happened. 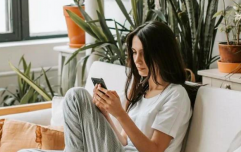 END_OF_DOCUMENT_TOKEN_TO_BE_REPLACED

However, according to the research, 33 is the age at which women have the best sex of their lives.

Of course, every individual is unique and what works for one woman will differ for another but that doesn't stop us from experiencing a little curiosity!