"I've been seeing a guy for four years but he has a wife.

"Last month, she found out about me. I asked him on numerous occasions does he want to end it and he always said 'no, you're the best and the sex is amazing' which it is.

END_OF_DOCUMENT_TOKEN_TO_BE_REPLACED

"He said she's the problem and he would love to give me more but he can't. She's currently expecting but we got together on the second one from four months in.

"Do I cut ties or hope he does the right thing and leave? His sister said she'll put him up. I'm really confused as I'm in love with him and I think he feels the same but doesn't want to hurt the kids."

It may not seem like it, but out of all of the players in this story, you have the least to lose here.

Consider the implications if you just end it right now: you'll feel like shit, maybe for a while, then you'll feel better.

END_OF_DOCUMENT_TOKEN_TO_BE_REPLACED

If you don't end it right now: you'll still feel like shit when it inevitably ends, but so will his wife. And so will he. And so will his children if they're old enough to understand that their dad cheated on their mam for a massive chunk of their childhood.

This isn't your problem to fix but unfortunately, you are part of it - and you can opt out before this guy (and you, too) end up causing any more pain.

I don't know what your relationship is like (other than the sex being amazing, apparently).

END_OF_DOCUMENT_TOKEN_TO_BE_REPLACED

I don't know what he's said or done for you to make you stay for as long as you have, and I don't know for certain how any of this could ever possibly end.

But I do know that if he's actively having children with his wife, growing his family, and still participating in that marriage, he's not about to leave her for you. 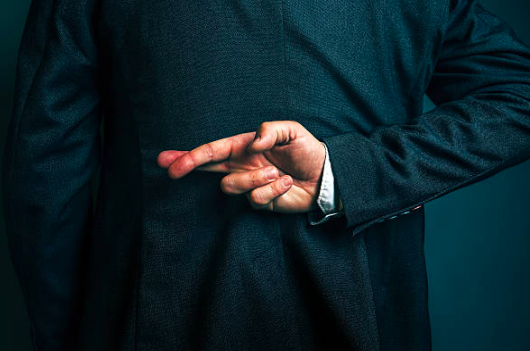 She knows about you, and yet, she's still with him. Or at least, hasn't made any drastic move to end things, from what you've mentioned - because why would she?

She's invested far more into this than you have. She has far more to lose. She's going to do whatever she can to sort this problem out for the sake of her family, her marriage, her entire life really.

If her finding out about you wasn't enough to make him leave her then he's probably not going to. And 'probably' is only in there as a formality, really.

That being said, you're probably not going to be able to recognise, or accept, any of the above because you're in love - and people do stupid things when they're in love.

A few years from now you might look back and think fucking hell, what was I doing? Or you might considering right now to be a time worth remembering fondly, where you got out before the shit hit the fan and any more damage could be done.

Bu the longer this goes on, the worst it's going to get. 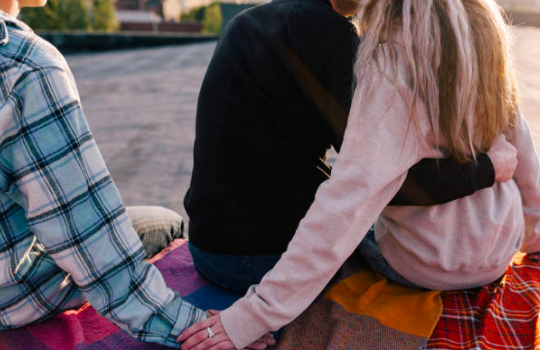 You'll be sucked in further, you'll cause more pain, you'll start to believe that sneaking around, not going out in pubic, and keeping an entire relationship a secret is normal.

No one should be forced to feel like their love has to be concealed, just like no one should have to sit with the knowledge that their husband has been sleeping with somebody else for four whole years.

Sometimes marriages are complicated and sometimes mistakes happen, but four years is far too long a time to confirm that this guy has done anything else other than massively fuck up.

At the end of the day, the majority of the mess will be his to clean up, but a portion of it will also be yours too.

It'll be a smaller amount though, and it'll be easier to sort out, so get out now and move on.

Damage has already been done, a lot of it, but if you can have enough foresight to shut this down right now, you'll be saving yourself - and a good few other people - a lot more hurt.

popular
Airport outfits are all the rage as we head abroad - here are the 4 best ones
Penneys has a perfect dupe for Charlotte Tilbury's Flawless Filter foundation
So it seems Ekin-Su once competed as Miss Ireland before Love Island fame
Gemma Owen gets to know Jack Keating as her head turns on tonight's Love Island
WATCH: The moment dad attacks 3-year-old son's suspected murderer in court
A 'hangover pill' has just gone on sale in the UK - and they ship to Ireland
Love Island's Gemma finally tells villa about dad Michael Owen on TV
You may also like
1 month ago
People with many sexual partners need to watch out for monkeypox, says chief doctor
1 month ago
Sex educator Jenny Keane is back to answer more of your sex and pleasure questions
1 month ago
Sex educator Jenny Keane answers all of your sex and contraception questions
1 month ago
Gogglebox sparks Ofcom complaints over X-rated scene between woman and a duck
5 months ago
Jenny Keane: "There is a huge vulnerability when it comes to exploring your sexuality"
6 months ago
Text your ex over Christmas, yeah?
Next Page