"I don't need to know what people think of me anymore."

Alison Spittle is good at adapting - she has to be. 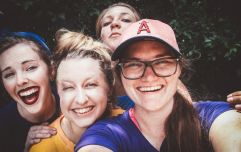 People with this personality trait are more intelligent, study finds

END_OF_DOCUMENT_TOKEN_TO_BE_REPLACED

She (and everyone else in the arts) have had no choice but to be since March of last year, when coronavirus arrived and the entire world shut down.

Alison has been lucky to be able to keep working in some capacity, but still, "My whole identity is performing," she tells Her. "It's like I was getting withdrawal symptoms not doing comedy, especially when I remember how good it felt."

The coronavirus pandemic has hit Ireland's arts industry particularly hard. Restrictions and social distancing measures have meant that for the better part of a year, next to all live performances have been rescheduled, rescheduled again and in many cases, cancelled entirely.

For many, the pandemic has meant a substantial loss of income, an uncertainty about the future. For Alison, it has meant pivoting from standup to script writing, and trying her hand at whatever her agents sent her way. 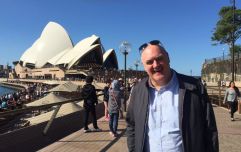 END_OF_DOCUMENT_TOKEN_TO_BE_REPLACED

"I learned a bit more about the industry this year," she says. "And it was a really good opportunity to reflect too. I did a lot of that this year."

Covid also meant the #CovideoParty - Alison's nightly event that saw hundreds of Twitter users tune in to virtually watch a movie together - during a time when being together was virtually impossible.

END_OF_DOCUMENT_TOKEN_TO_BE_REPLACED

CovideoParty ensured that Alison hosted (and dressed up for) a watch-along almost every night during the first lockdown. It also paid her rent for a couple of months too.

"I do feel bad about adapting and pivoting," she says. "It can feel like you're cheating on comedy but you do have to make a living.

"You do stand up for the adrenalin rush and when you're not getting that anymore you have to adjust your life. It's been hard but I've been lucky."

Originally starting her career in broadcasting, Alison pivoted from radio to comedy almost accidentally. While interning on iRadio's breakfast show one morning, she and host Keith Walsh were challenged by DJ Bernard O'Shea to do a comedy gig - live on air.

"So I got a lift to Portlaoise and did one," she said. "The gig was basically just me talking about my granny, but it was the best rush ever, it felt amazing. I was like okay, I want to do this for the rest of my life.

"For the first couple of years, everything was so new, every day there was something different. If Bernard hadn't suggested it, I don't think I would have done it. Or it at least would've taken me way longer to realise I wanted to." 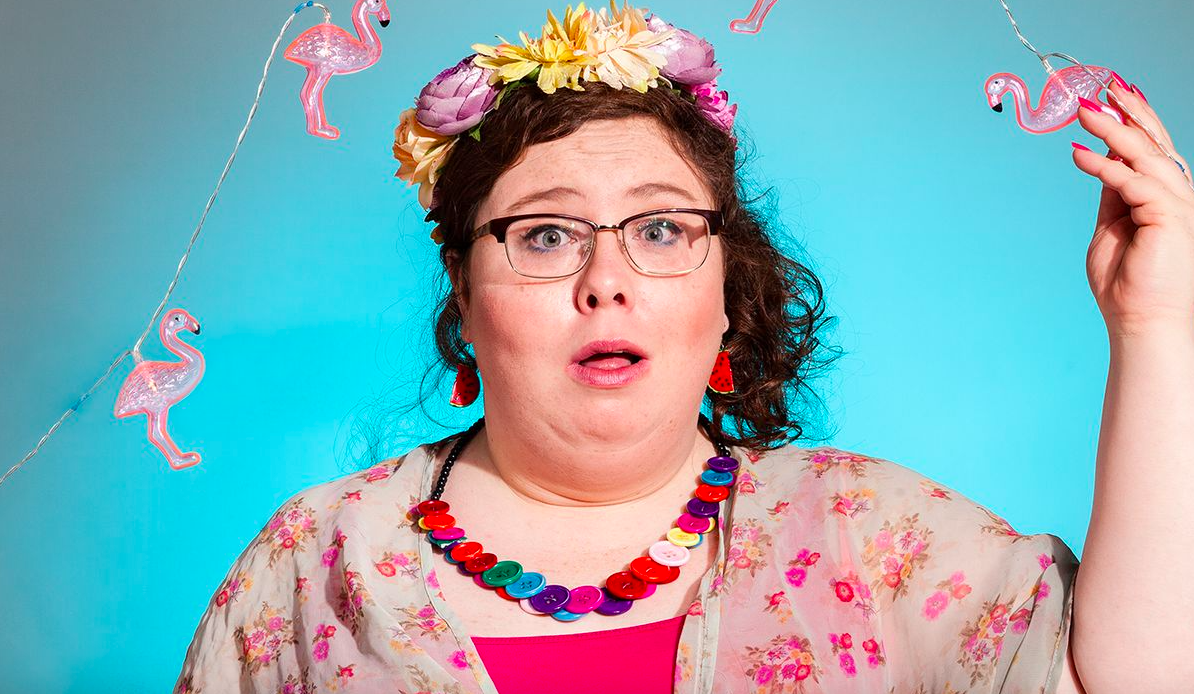 Eventually moving to Dublin for a broadcast assistant job, Alison started gigging more and more - to pay the bills, but also because she loved doing it. Soon she was hosting comedy nights, packing out venues, and writing and starring in her own RTÉ2 series, Nowhere Fast.

Since then, the Co. Westmeath comedian has become a household name. People know her for her podcasts, The Alison Spittle Show and Wheel Of Misfortune. They've gone to her sets in Electric Picnic's comedy tent. They've seen her perform at the 3Arena to over 10,000 people.

On stage, Alison tells stories as if she's chatting to her friends, plowing through bits and anecdotes barely leaving time for the audience to catch their breath. Her sets can feel intimate even when they're in front of hundreds of people. Alison is popular because she's incredible funny, but also because she's so likeable.

And still, she has been subjected to hate. Like most women thriving in any male dominated industry, she's been trolled for her work, her opinions, what she says, and what she looks like.

"Is it more difficult to be a woman in comedy?" A blatant question, sure, and one that Alison says she gets asked a lot.

"It is more difficult," she says. "It almost comes with the territory. I have female friends who are journalists and they get way more hate online, just for having opinions. For that to change, misogyny would have to change, and there's no vaccine for misogyny.

"The best way to deal with it is to ignore it, and I should listen to my own advice a bit more. It can be a bit of craic when you get someone really stupid, but most of the time I don't look in my inbox. I don't need to know what people think of me anymore, it's not something I seek out." 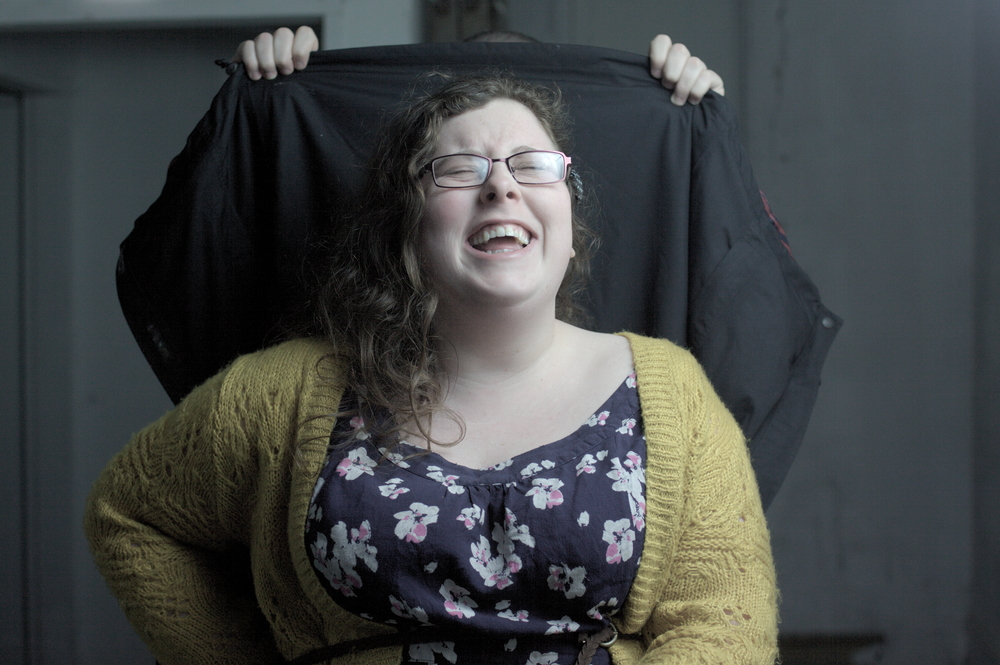 Nor is she seeking out jumping back into touring any time soon. Although she misses it, the stresses of having to reschedule gigs time and time again during the pandemic have made Alison adamant to take a bit of a breather this year.

That, and to spend more time doing things important to her. "I'm not even going to think about touring," she says. "I had to postpone three times this year, so until [the pandemic] is done, I'm just going to take the gigs where I get them. I'll be happy with that.

"In 2021, I hope I cop on a bit and not care so much about what other people are doing. I want to do what feels right. Of course, I'll do stuff for money, but I want to make stuff I want to make, and not stuff that I feel like I should be making."

Alison Spittle's Wheel of Misfortune podcast is streaming now. Keep up to date with her upcoming work here.

popular
Smyths issues warning to parents ahead of Christmas
An All-Stars I'm A Celeb is officially happening
Rylan Clark was hospitalised with two heart failures after marriage breakdown
So, William and Harry have a step sister... and who knew?
Riverdale actor Ryan Grantham charged with murder of his mother
Why Are Men so Obsessed With Boobs? The Answer is Pretty Surprising...
RuPaul's Drag Race star Cherry Valentine passes away aged 28
You may also like
3 months ago
Nicola Coughlan admits she still hasn't seen the Derry Girls finale
5 months ago
Derry Girls creator admits she was nervous about some jokes in the new season
7 months ago
Joanne McNally recounts "horrible" anxious turn during recent performance
9 months ago
Comedian Jethro dies aged 73 after contracting Covid-19
1 year ago
Sean Lock fans want The Tiger Who Came For A Pint to be published
1 year ago
Tom Daley went viral for knitting at the Olympics - and it's all for charity
Next Page