"I want him to be humble and treat people with respect." 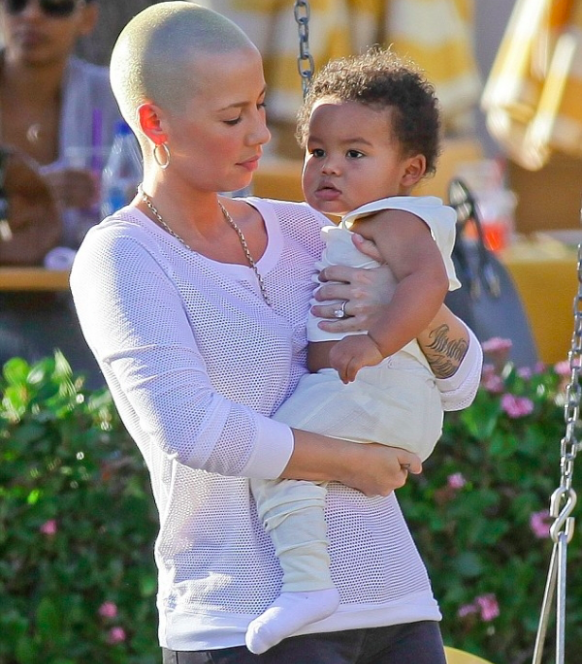 Amber Rose is never one to shy away from the spotlight or sensitive topics, especially when it's about something she is passionate about fighting for.

Constantly striving for gender equality and shutting down any sexism or slut-shaming that gets thrown her way, Amber has often had to stand up for herself after being trolled online for the clothes she chooses to put on her body. 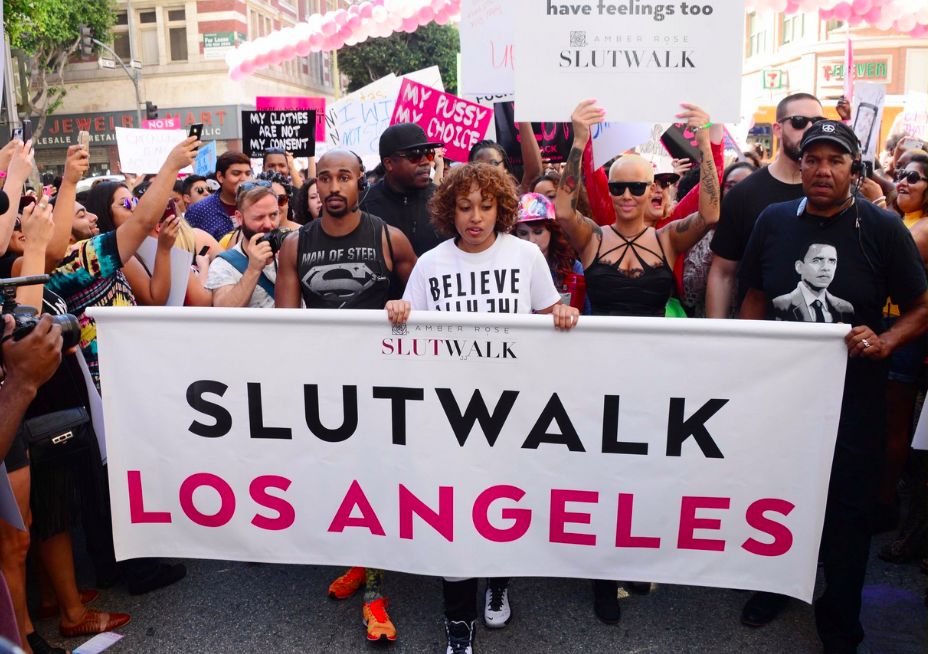 Speaking to Refinery29 she said:

"I know that I give women confidence, and in turn that makes me extremely happy. So I’m okay with taking all the punches and all the criticism and all the scrutiny because I’m strong enough to take it.”

But besides standing up for herself, Amber Rose is doing this for her son, to set an example for how women should be treated and how you should never be treated differently or objectified due to your sex.

“I’m raising my son to be a feminist, I hope his generation can look back on this time and just say, ‘Wow that’s bullsh*t. I can’t believe you had to protest that.’”

Speaking about her son Sebastian, the 33-year-old finds it is very important to hid nothing from him.

"I don’t hide things from my son. He is only 4-years-old. But even still, I talk to him about a lot of things. As far as women, one of the things I do is talk to him about my period. My son knows what a period is.

"I’m his mother. He sees me in the bathroom. I don’t hide anything from my baby. I think it’s really important because a lot of guys think that periods are gross. So I explain everything to him, when I have cramps or I don’t feel well. I don’t hide that from him." 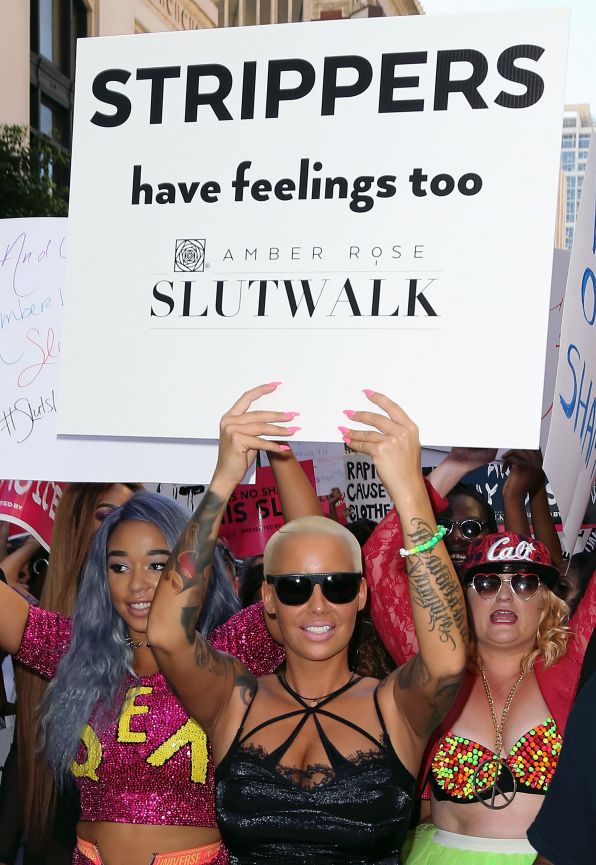 Speaking openly about the vicious world of slut-shaming, this is something Amber has dealt with first hand on numerous occasions. Amber believes that we need to educate the next generation about sex and where you come from and how you're made or we are only going to see this problem arise again and again. 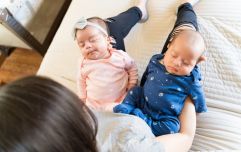 END_OF_DOCUMENT_TOKEN_TO_BE_REPLACED

The mum-of-one also takes part in various marches and strikes for equality, setting up the Amber Rose Slutwalk in 2011. Now a global affair, the Slutwalks see people all over the world take to the streets once a year, with many stripping down to their underwear in a protest that yells; what I wear should not affect you nor should it make me victimised or appear like I'm "asking for it".

Our bodies, our choices. We salute you Amber. 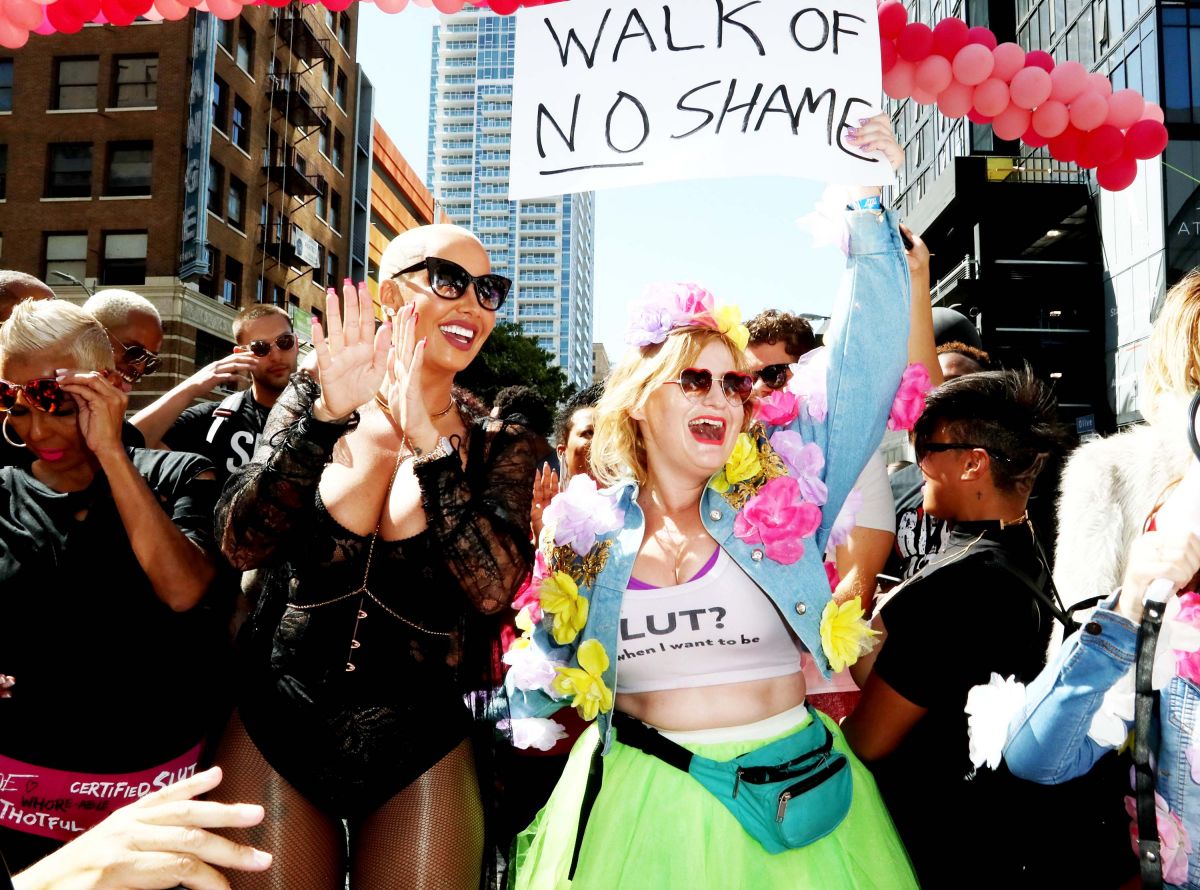 popular
Late Late Show viewers are not happy with Ryan's questions for Billy Connolly
10 items from Zara for the perfect autumn capsule wardrobe
Former detective chief says Brian Laundrie discovery is "strange"
Paris Hilton says she was "slapped" and "strangled" as a teen in youth care
This hot water bottle pouch is perfect for menstrual cramps
Strictly microphones pick up gas audio from the contestants
Festive feels: Dominos has launched their first-ever Christmas-themed pizza
You may also like
3 months ago
Kate Middleton confesses "mum guilt" around saying goodbye to her children
3 months ago
Mothers took on extra 173 hours of unpaid childcare during pandemic, study finds
6 months ago
Retiring couple adopt seven siblings after parents pass away suddenly
1 year ago
The Queen is now sharing ideas for how to keep children occupied during lockdown
1 year ago
The Duchess of Cambridge has revealed Prince Louis' favourite song (and it's a classic)
1 year ago
Giovanna Fletcher reveals she is 'done with having any more children' – and here is why
Next Page