Apparently, a lot of couples break up on this day in December

In the latest random research to surface on the internet, 11th December is said to be an extremely popular day for couples to split up, (we're taking this with a pinch of salt obviously).

This data was compiled by two statisticians who concentrated on Facebook data, statuses featuring break-up messages etc, and found that approximately two weeks before Christmas was peak break-up time.

However, the good news is Christmas itself is the opposite and break-up statistics are quite low during the festive season.

What's the reason then for the pre-Christmas period resulting in multiple relationship breakdowns? 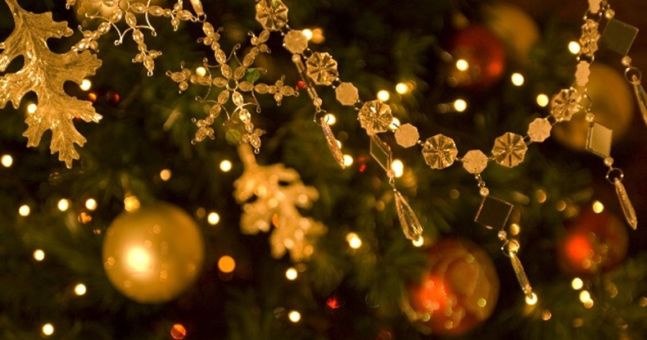 Chatting to ABC News, one of the researchers, David McCandless, offered his opinion on so many splits occur during this timeframe:

"I can only reflect on my own experience -- would you want stay in a relationship that you felt was over through Christmas and New Year's?

However, McCandless and his co-researcher, Lee Byron, were keen to point out that this is not a study and more of a "curious exploration" and a pattern that cropped up after analysing countless Facebook posts.

Girls With Goals || Her · Ep.161: Feeling Peachy - Sharon Keegan of Peachylean on being an absolute BOSS!
popular
"There is a difference": Holly Willoughby calls out porn director's view of "normal" sex
The DIY frozen coffee recipe that's so delicious you'll never pay for an iced latte again
Vicky Phelan rethinking cancer trial after "horrendous" reaction to treatment
Cristiano Ronaldo has been called 'racist' for his latest Instagram post
Khloe Kardashian has JUST confirmed she is pregnant
Woman who gave birth to 10 babies speaks out following fraud claims by partner
5 best road trips to do in Ireland this summer
You may also like
3 weeks ago
Lindsay Lohan returns to acting in new Netflix Christmas romcom
5 months ago
QUIZ: How well can you remember the movie Elf?
5 months ago
Cheers! 3 delicious ways to pimp your Prosecco for Christmas
5 months ago
QUIZ: How well do you know the lyrics to these Christmas classics?
5 months ago
QUIZ: How well do you know the Father Ted Christmas Special?
5 months ago
Here's all the best movies on TV this Christmas Eve
Next Page