Turns out, there are TWO ages at which we feel happiest

This is very specific and a little surprising too.

New research, collated by the Centre of Economic Performance at the London School of Economics and Political Science, says that there are two ages at which we feel happiest, and yes that's the happiest EVER.

Apparently, you reach peak happiness at the grand old age of 23 but the good news is you get to revisit that again years later at 69. 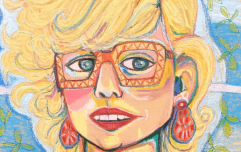 Want to get your picture painted? This artist has a portrait series that helps women in the workplace

END_OF_DOCUMENT_TOKEN_TO_BE_REPLACED

To come up with these results, 23,000 people living in Germany, aged 17-85, were asked to rate their current life satisfaction and how they think they might feel about the same topic five years down the line.

Five years later, these people were asked to rate their happiness again with the result showing a U-shaped curve between the ages of 20 and 70, peaking at 23 and 69.

Researchers found that the U-shaped curve is because younger people have a tendency to overestimate how satisfied they will feel down the line while older people sometimes underestimate it.

Having asked around the Her table, no one predicted these ages but that said, they do make sense. 23 is when you're just starting out in your chosen career, full of hopes and dreams and fresh-faced optimism while at 69, things have *hopefully* come full circle.

You can check out the study in full here.

Girls With Goals || Her · Ep.161: Feeling Peachy - Sharon Keegan of Peachylean on being an absolute BOSS!
popular
The DIY frozen coffee recipe that's so delicious you'll never pay for an iced latte again
Here's what happens on every day of your menstrual cycle (roughly)
Someone has ranked the penis size of men from all over the world
Drunken strawberries is the surprising summer treat we all need in our lives
5 best road trips to do in Ireland this summer
Who is Monica Rose? 6 things to know about the stylist the Kardashians have allegedly dropped
A royal insider has revealed the truth behind Meghan and Kate's rumoured feud
You may also like
7 months ago
"That's when the fear sets in:" Stylist Justine King on PCOS and pregnancy
11 months ago
20x20 has just launched the fourth chapter of their award-winning campaign so come on and get up, ladies
1 year ago
WATCH: 'It's the last taboo, women are calling in sick after suffering miscarriages'
1 year ago
QUIZ: Which 2019 Charlie's Angel are you?
1 year ago
According to new research, women can go a lot longer than men
1 year ago
Study reveals that women are actually better drivers so, buckle up baby
Next Page