Apple's upcoming iOS update is set to include 217 new emojis, as well as new variations on existing emojis.

The iOS 14.5 update is expected to land in a few weeks with a flaming heart, a mended heart and new skin tones for couple emojis. 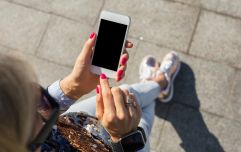 END_OF_DOCUMENT_TOKEN_TO_BE_REPLACED

Before your backwards thinking uncle gets riled up about this supposedly PC-gone-mad-ness, consider that basically 99 per cent of emojis have always been gender neutral. Mad, init?

Some existing emojis have also been redesigned. These include the syringe emoji, the headphone emoji, and the climbing emoji, which now includes a helmet - a minimal, inconsequential change though reminiscent of the death of the gun emoji, which was replaced by a water pistol. RIP gunny.

The syringe emoji has been altered to remove the blood at a time when Covid-19 jabs are being administered across much of the western world. Why? It's not entirely clear. But again, it doesn't really matter.

The creators of the iPhone also worked with charities ahead of this update, with the American Council of the Blind, the Cerebral Palsy Foundation, and the National Association of the Deaf all consulted to ensure their new emojis would be appropriately representative.

popular
Tributes pour in for designer Virgil Abloh following death at 41
8 of the hottest make-up trends to try this festive season
The best memes from this year's Late Late Toy Show
Japan to close its borders to tourists to prevent Omicron spread
The internet is saying the same thing after Ryan's Toy Show opening
Strictly's Giovanni Pernice responds to dating rumours following split from Maura Higgins
Top 9 moments from the Toy Show we're still talking about
You may also like
3 weeks ago
WhatsApp to stop working on over 50 phone models today
9 months ago
The new iOS 14.5 update will let you unlock your iPhone with a mask on
1 year ago
Apple forced to pay $100 million after admitting they slowed down old iPhones
2 years ago
Apple have introduced period and disability emojis in their latest update
2 years ago
These are all the mistakes we're making when charging our phones
2 years ago
This is how you can scan documents onto your iPhone
Next Page