Before this year, I'd have been guilty of thinking that not much would've changed.

I was living in a bubble, kidding myself that what I was doing was enough.

Sure, I've covered plenty of ladies football games in my time. I've written and raved about camogie achievements and wonderful individuals recording remarkable feats. But what else could I do? I'd ask that in between periods of covering men's GAA 20 times more.

END_OF_DOCUMENT_TOKEN_TO_BE_REPLACED

What more do you want from me? I'd actually beg those words before I'd carry on dissecting the muscles of Diarmuid Connolly's torso.

I'd even point to examples in other sports, completely naive to the fact that the exact same argument could be used against me. I'd take pride that our MMA coverage, for example, was totally indiscriminate. Look at Serena Williams, I'd say. We do more on her than we do any other tennis player.

The danger is that you can fall into a mindset where you're suggesting things like: as soon as there's a bigger demand, you'll supply it. As if it's not your fault. As if you have no control over it. As if the supply wouldn't increase the demand.

If it wasn't deliberately unfair, it was certainly ignorant and, come Sunday in Croke Park, all those doubts and every single one of those excuses were laughed at by 46,286 people.

In the space of one year, the attendance at Croke Park for the ladies final has increased by over 34 per cent.

As the good folk at FAIR GAME Podcast would tell you: if you build it, they will come. 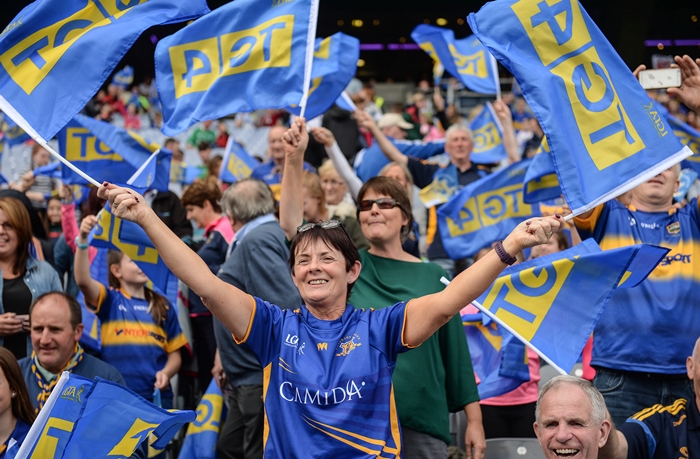 END_OF_DOCUMENT_TOKEN_TO_BE_REPLACED

And all it has taken is a push.

In such a short space of time, brands like Lidl and TG4 and all the support and coverage they're providing for ladies football has brought the thing into the consciousness of the Irish public so much so already that there were more people at Croke Park for these finals than there were at the Rugby World Cup decider or the Champions League final.

Incredible attendance at Croke Park for @Ladiesfootball finals.
Just to put it in some perspective . . .
That is #SeriousSupport pic.twitter.com/lCIvOJiR70

END_OF_DOCUMENT_TOKEN_TO_BE_REPLACED

And we're talking tip of the iceberg stuff here.

What's happened is that the promotion has jumped in the faces of Gaels the island-over. It's showcased the events, it's given people times and venues, it's made a very crucial point that here is a group of serious athletes spilling blood and sweat for their counties.

It's also brought the personalities of ladies football to the fore. This isn't out of obligation that so many people are tuned in now, it's because they know who they're watching, they know who they like, they know about the bloody game. And they want to tune in.

They know Cora Staunton, of course they do. They know her so much now that her strike rate was being criticised during the final against the Dubs.

They know Carla Rowe's deftness and Noelle Healy's marauding runs and you can bet your arse that they'll be looking out for Sarah McCaffrey now every time Dublin take to the field after her two-goal substitute appearance.

They know Sarah Rowe's craft and they know Aileen Gilroy's power. They have individuals they enjoy watching. They have role models they aspire to. 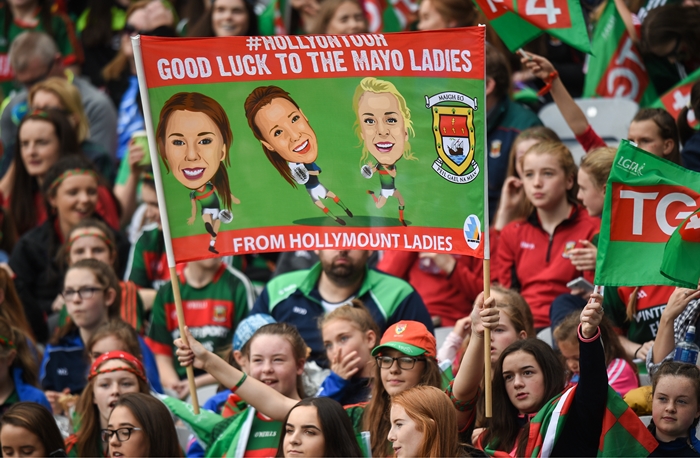 For three different games, six counties gathered at headquarters and the place was electric, constantly buzzing with roars of joy and, perhaps more so, yelps of anxiety.

In front of all these people, 30 footballers with pure heart and athleticism are fighting it out for a dream and who wouldn't draw to that like a magnet?

Those same footballers are better looked after because they have better sponsorship and they're able to produce the sort of fireworks that Croke Park got on Sunday. Following in behind are the fans and then there's the media and people like me realising that you don't just have a responsibility here to showcase something worth showing, but you have an opportunity to prove to the rest of them that they're missing out. 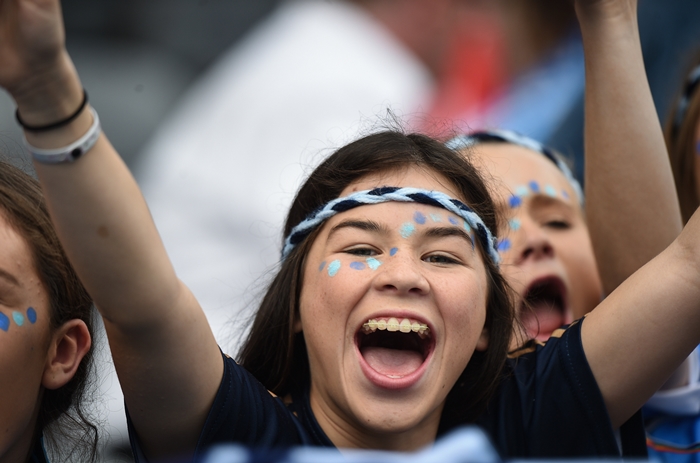 It's football at the end of the day. It's sport. It's two counties going to war, it's upsetting and euphoric.

Football, on its best days, is little short of magic. There's magic here too if you believe in it.

Maybe it's up to us to prove it.

Besides, who the hell wouldn't enjoy watching Noelle Healy transporting herself around a pitch like Road Runner?

popular
Simon Harris gives three urgent options for easing restrictions next week
Personality QUIZ: Which character from You are you?
Addison Rae temporarily banned from TikTok
Tributes paid to Limerick based blogger and model Patrick McLoughney
Another Strictly star has pulled out of the live show
Irish TikTokers are telling their dads they paid €50 for 'premium air' in their tyres
Boots have revealed their top gift sets for Christmas – and Santa, are you listening?
You may also like
3 days ago
Olympian and world champion runner Agnes Jebet Tirop found dead in home
1 month ago
Katie Taylor reigns supreme after defending lightweight title at Leeds
1 month ago
Ellen Keane wins gold in 100m breaststroke at Paralympics
1 month ago
Women's Afghan football team evacuated safely from Kabul
2 months ago
Handball chiefs urged to resign over 'blatant sexism' of bikini bottoms rule
2 months ago
Kellie Harrington proposed for Dublin's Freedom of the City after phenomenal win
Next Page