YouTuber Connie Glynn always knew that she wanted to be an author.

The 24-year-old, who previously went by Noodlerella on the video-sharing site, is the author behind the Rosewood Chronicles, a fantasy series following two particular students at Rosewood Hall: Lottie Pumpkin, an ordinary girl longing to be a princess; and Ellie Wolf, a princess who longs to be a normal girl.

Things change for the two 14-year-olds when they're put into the same dorm and become fast friends. The series chronicles their adventures at Rosewood Hall and...well, we don't want to give too much away. But fans of fairy tales will definitely want to check it out.

Connie spoke to Her about the inspiration behind the magical series, how she made the move from being on YouTube to becoming an author and what kind of advice she would offer people looking to get a start in writing.

"[Becoming an author] was something that I always wanted to do, ever since I was small.

"I used to sit with my mum at the computer and she would be my 'scribe', taking down all of my stories.

"I feel that fantasy and young adult books were the area of literature that helped me the most while I was growing up.

"The time I was reading the most was between the ages of 12 and 15; I always wanted to reach that kind of audience."

The Rosewood Chronicles are inspired by Connie's own boarding school experience -  a setting that she "always knew" she wanted to have.

"I always knew that I wanted to have a boarding school setting."

The author also told us about her favourite encounters with fans of the series - as well as her top moment since the books were published.

"Occasionally, I will find that people have written fan fiction about the characters - that’s the most amazing thing, I love that people are inspired by what I’ve created.

"My books have a lot of LGBTQ themes in them; and deal with things like alienation at school, as well other things teenagers are dealing with.

"It's nice when they come up to me [at events/book signings]; it's great to feel like I can help them." 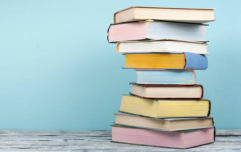 END_OF_DOCUMENT_TOKEN_TO_BE_REPLACED

The first two instalments of the series - Undercover Princess and Princess in Practice - are already in stores.

And Connie told us that things are going to be getting "pretty crazy" in the series soon enough - and that the third instalment of The Rosewood Chronicles is already underway. 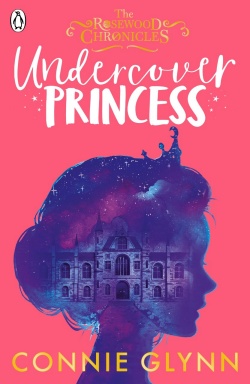 The first book in the series, Undercover Princess

"I know where the storyline is going, it's going to get pretty crazy around book 3. I'm finishing it at the moment, it should be done in early October."

As for if the Rosewood Chronicles would be brought to the screen - cinema or TV series - Connie told us there has been "talk", but she isn't able to divulge much else at the moment.

"The most important thing [for me, in a screen adaptation] would be to keep the sense of humour about itself.

"[In a dream casting, I'd like to see] someone like Ellie Fisher, from Bo Turnham's new film, in the role of Lottie.

"I think that a lot of times, when books get adapted, the characters look a lot older than they are - I wouldn't want that to happen with Rosewood Chronicles."

The second book in the series, Princess in Practice

The 24-year-old also offered her advice for anyone who is looking to get a start in writing.

"Plan. Plan as much as you can. Wait until you’ve outplanned yourself and you think there’s nothing else you can write. Then start your book.

"The planning will get rid of writers block, any issues you may have. Planning is your best friend."

Princess in Practice, the second instalment in the Rosewood Chronicles, is available now for €13.99.

Connie will appear at DeptCon in Dun Laoghaire on 13th October – for more information, click here.

Girls With Goals || Her · Ep.160: The Beauty Of Coaching - Hayley Harrison joins us from Sport Ireland
popular
Body found in search for missing woman in Waterford mountains
Queen signs note 'Lilibet' in final goodbye to Prince Philip
Roz Purcell introduces 4 - 30 sizing for new Hike Life collection
Pasta with gin sauce is a thing apparently – and honestly, it sounds SO good
Jockey Lorna Brooke dies aged 37 after racecourse fall
Man charged with murder of 24-year-old mother Jennifer Poole
Abducted French girl, 8, found in Switzerland five days after disappearance
You may also like
3 weeks ago
5 new books released this April we're dying to tuck into
1 month ago
Stacey Solomon: How to make your own watering can garden light
1 month ago
Stacey Solomon: How to turn your old perfume bottle into a fragrance diffuser
1 month ago
Irish authors Naoise Dolan and Kathleen MacMahon longlisted for Women's Prize for Fiction
2 months ago
Books: 7 new releases to get stuck into this February 2021
3 months ago
85 brilliant books that we can't wait to curl up with in 2021
Next Page