Baby Yoda-themed Monopoly now exists and the excitement is real

Baby Yoda-themed Monopoly now exists and the excitement is real.

Over the years, there have been countless - and we mean countless - versions of the classic board game. But lets face it: this is definitely the best of them.

Or, at the very least, the most adorable version of Monopoly yet.

Hasbro announced the newest edition of Monopoly earlier this month to coincide with Star Wars Day (May the 4th, FYI).

The game is for two to four players, with each token representing Baby Yoda - or The Child, if we’re going to use his real name - in different poses: eating a frog, using the force, drinking a cup of broth, and sitting in the Hoverpram.

The board features places and objects from The Mandalorian, including Tracking FOB, Razor Crest Cockpit, and Razor Crest Storage Bay. 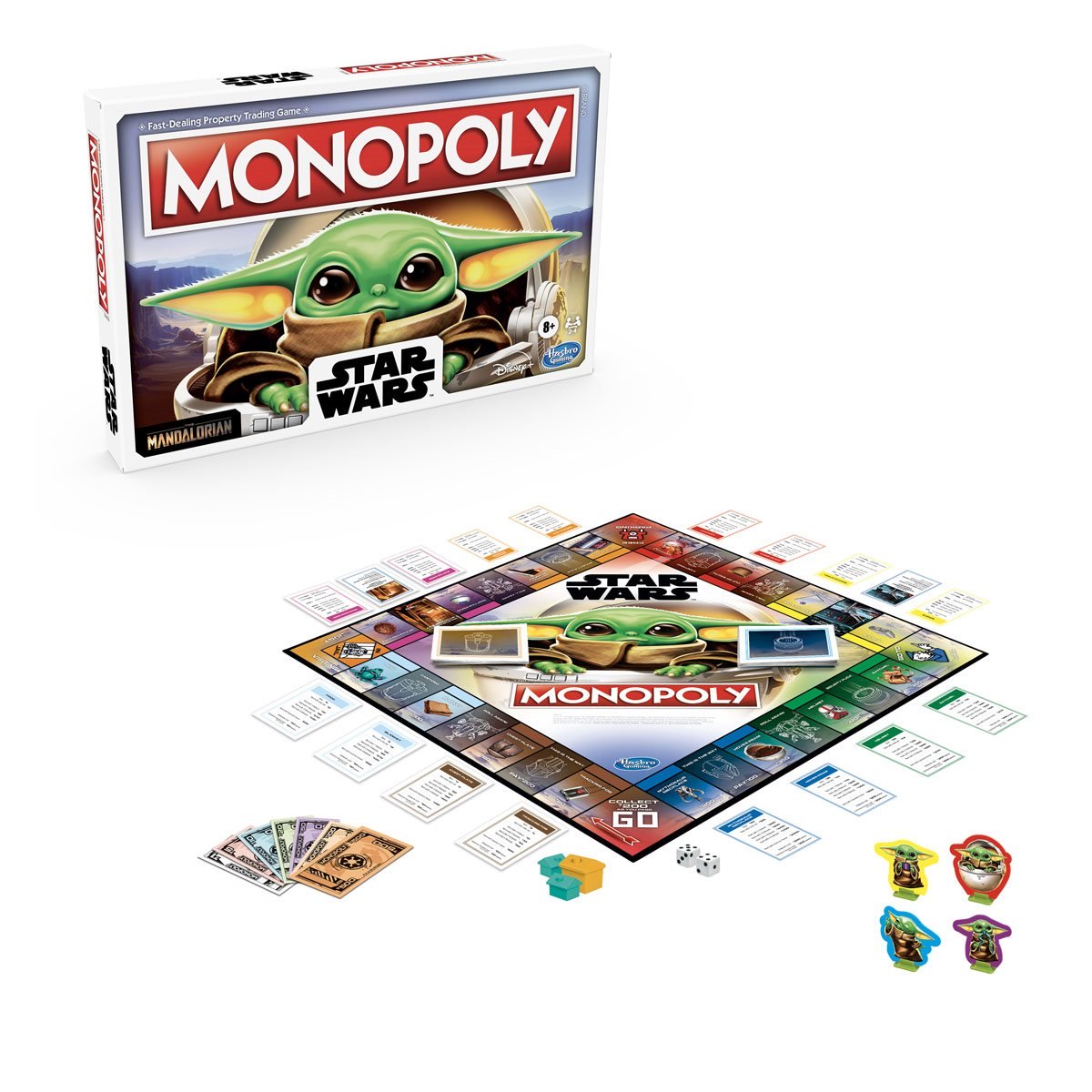 Players move around the board to try and buy and trade objects from The Child’s adventures. You’re also able to buy Hideouts - or even pay to upgrade them to Common Houses.

END_OF_DOCUMENT_TOKEN_TO_BE_REPLACED

Now for the downside.

The game is due to be released in the United States as of September 1. However, we haven’t found anywhere that has it available for pre-order in Ireland just yet.

We’ll keep you posted when (and if) we do.

popular
How to cope in this humidity: From sleeping better to dealing with frizzy hair!
Hot New Couple Alert: Rumer Willis Dating Soap Star Ricky Whittle
Someone has ranked the penis size of men from all over the world
Power ponytails and perfect messy buns! Here's some TikTok hair hacks to try at home
Here's how long sperm actually lasts for after sex
According to experts lunchboxes could be a big transmitter of Covid-19
This no bake 'Chocolate Refrigerator Cake' recipe has us drooling
You may also like
5 days ago
Disney are now selling matching dog and human Hallowe'en jumpers and yeah, we definitely need them
1 week ago
QUIZ: Can you name these Disney movies based off of the castle?
1 month ago
QUIZ: Can you guess the Disney movie from its opening line?
2 months ago
QUIZ: How well do you remember the lyrics from these Disney songs?
3 months ago
Original High School Musical cast to reunite for Disney singalong
4 months ago
Artemis Fowl to skip cinema release and debut on Disney+
Next Page