BBQs have been officially banned in the Phoenix Park

If you love a good BBQ, then you're going to have to reside to your home... or your mate's house, because having a barbeque in the Phoenix Park has officially been banned.

Visitors to the park have been able to bring along a BBQ since 2010, however too much fire damage and litter to the area means you'll be stopped if you decide to grill some burgers.

However, Green Party Councillor Ciaran Cuffe said that they should be working with people bringing BBQs and not against them. 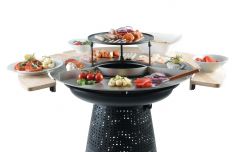 END_OF_DOCUMENT_TOKEN_TO_BE_REPLACED

"I would acknowledge that there are some difficulties with tables being burnt with disposable barbeques, but I think we should work with those who barbeque".

"If you go to any other city around that world, parks have places to barbeque." 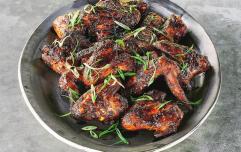 END_OF_DOCUMENT_TOKEN_TO_BE_REPLACED

It seems the fire risk is just too much these days however, since a spokeswoman for the park said in 2010: "Up to now there had been a blanket ban because of fears of fires and health and safety issues.

"Due to the enormous pressure brought on by the current good weather and unprecedented numbers of people using the park, we are allowing disposable barbecues to be used near picnic tables."

"We do not allow barbecues on the tables or on grass. We are currently reviewing our policy on barbecues."

Oh well, we'll just enjoy our barbeques at home then.

popular
This Netflix Christmas film is being dubbed the perfect rom-com
"You can’t imagine what it feels to have had a baby and yet feel like you didn’t"
'Suddenly it's all gone' Andrea Corr opens up about suffering five miscarriages
Nicola Coughlan lands "lifelong dream" role as she gets cast in Oliver Twist
Expecting a baby in December? These are the top Christmas-inspired baby names
Why Are Men so Obsessed With Boobs? The Answer is Pretty Surprising...
Kate Garraway gives heartbreaking update about Derek's health
You may also like
3 months ago
RECIPE: How to make this spicy Cajun Chicken Burger in 4 easy steps
4 months ago
WIN: A €1,500 holiday voucher by sharing your best homemade burger snaps with us
1 year ago
New: These handy grillable S'mores from M&S look delish!
2 years ago
It's BBQ time! This shrimp and grits dish is the perfect summer meal
2 years ago
The George Foreman indoor/outdoor grill is the perfect BBQ for small spaces
3 years ago
The Guinness 232°C fiery grill is heading to Cork this Friday and Saturday
Next Page