A big dog named Floyd had to be rescued on a stretcher after he got tired during a hike up a mountain.

The 190 pound mastiff was walking up the Grandeur Peak trail in Utah with his human when he simply decided that he could go no further.

Concerned hikers phoned emergency services and told them that the dog and his owner had been stuck on the mountain for hours.

So, the Salt Lake County Search and Rescue team were deployed to go and rescue the Big Boy - and oh, rescue him they did. 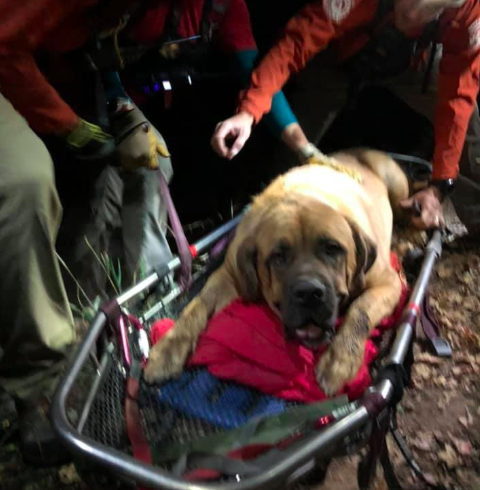 "Salt Lake County Search and Rescue members went into action and headed up the trail to make sure Floyd could get off the mountain with his human before it got too cold," they said in a post on Facebook.

"Floyd was packaged in a litter and carried down the mountain. Floyd was a good boy and was happy to be assisted."

The team carried down Floyd down the mountain in a stretcher - a feat that took them until 10.30pm that night.

"Hopefully, Floyd will be up and hiking again soon!" they added at the end of the post. 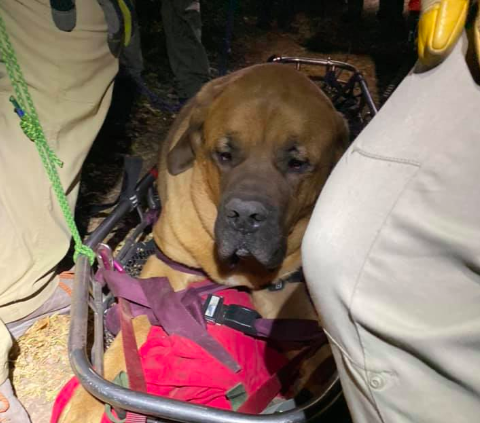 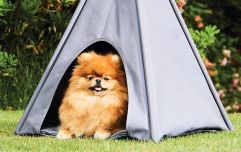 END_OF_DOCUMENT_TOKEN_TO_BE_REPLACED

The Search and Rescue Department's post has since garnered almost 5,000 likes online.

Much of the comments applaud the team's efforts, while many praise Floyd for his calm demeanour as he travels down the mountain in style.

A video depicting just a snippet of the operation was also shared online.

It's excellent. You can watch it below.

popular
Friends actor James Michael Tyler has died, aged 59
Late Late Show viewers are not happy with Ryan's questions for Billy Connolly
10 items from Zara for the perfect autumn capsule wardrobe
Friends Star James Michael Tyler Files For Divorce
9 of the best horror movies on Netflix this Halloween
Say hello to fairy hair, the dreamy new trend popping up all over social media
The viral photo that can help women detect early signs of breast cancer
You may also like
1 week ago
Woman in coma after jumping into geyser to save dog
2 weeks ago
Golden Retriever breaks Guinness world record for most tennis balls in mouth
1 month ago
New Colombian law gives workers two days off to mourn their pets
1 month ago
More dogs continue to be surrendered as restrictions ease
3 months ago
Pet owners advised to do 'pavement test' to see if they should walk their dog
3 months ago
Increase in people giving up their dogs following lockdown
Next Page