Would you be surprised to learn that your other half had faked it?

It's something that every woman has done at one stage or another - an orgasm just isn't going to happen and you want to spare your other half's pride - but we don't often think a guy would or even could fake it.

Still, it does happen. 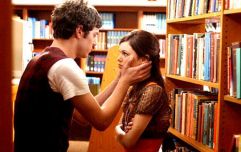 END_OF_DOCUMENT_TOKEN_TO_BE_REPLACED

In a new survey, 16.4 per cent of men admitted to pretending to have an orgasm.

This means that if you've slept with 25 lads, at least four of them are statistically faked it at some point.

The main reason they gave for faking it was to protect their partner's feelings, followed by the desire to end sex sooner.

Women are far more likely to fake it - 54.6 of female respondents said they'd done it.

Just under 80 per cent of women and 70 per cent of men said they'd be upset if they found out someone had pretended with them.

END_OF_DOCUMENT_TOKEN_TO_BE_REPLACED

The survey, conducted by Superdrug, took a deep dive into the lies people tell in the bedroom.

It found that sexual fantasies are the number one thing that both men and women lie to their other half about.

Nearly 34 per cent of men and 35 per cent of women also reported having a hard time expressing their sexual needs.

Still, not everyone craves honesty from their sexual partner.

The lie that the 1,016 people surveyed most wanted to hear was about their appearance.

popular
Late Late Show viewers are not happy with Ryan's questions for Billy Connolly
10 items from Zara for the perfect autumn capsule wardrobe
Apparantly, there is one colour you should never wear at a job interview
Friends actor James Michael Tyler has died, aged 59
Avocado bread is the new banana bread – and it's actually delicious
Why Are Men so Obsessed With Boobs? The Answer is Pretty Surprising...
Friends Star James Michael Tyler Files For Divorce
You may also like
2 years ago
Going back to your ex has been proven to be bad for your mental health
2 years ago
The most 'nerve-racking' sex position has been named and we'd have to agree
2 years ago
Period sex could actually have a seriously handy benefit, according to a gynaecologist
2 years ago
There are 3 Zodiac signs that are more inclined to want a relationship
2 years ago
Nudes for newbies: How to send a naked photo properly
2 years ago
How often should you be masturbating? We asked the experts
Next Page