This blogger's story of flying while overweight is so important

A lot of us have a difficult time when it comes to flying.

There's baggage issues, seat allocation problems, and the fear of being up the air to worry about.

But one woman has pointed out that overweight people, like herself, tend to deal with a lot more hassle when flying - from other passengers, airline policies, and even flight attendants.

END_OF_DOCUMENT_TOKEN_TO_BE_REPLACED

In a tweet thread, the writer and artist detailed exactly what she has to go through every time she books a ticket on an aeroplane, and what usually happens when she takes the flight itself.

First, she explains what happens every time she has to book an airline ticket online.

I researched airlines for their "customer of size" policies, many of which reserve the right to kick me off the plane, even after boarding.

The rest require purchase of a second seat. If I don't buy one in advance, I'll be charged the day-of price. Today, that's $800 one way.

I'm charged for that second seat regardless of whether one is available. I pay double for the privilege of staying on the plane. 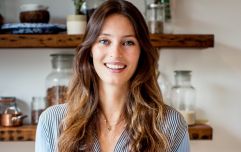 END_OF_DOCUMENT_TOKEN_TO_BE_REPLACED

She goes on to say that even if she purchases a second seat in advance, the airlines tend to resell them to other passengers without telling her.

She says that she is never refunded for this.

The blogger says that she is not embarrassed about bringing her own seatbelt extender, but that she worries about the reaction that other passengers might have if they hear her asking for one.

I'm worried that hearing me ask for an extender will prompt others to complain. If they do, it starts a domino effect of trouble for me.

"Passengers complaining to flight attendants will get me reseated, charged double, or escorted off the plane, stranded without a way home.

Over the last 2 yrs, about 50% of passengers in my row complained about me. So, my body is regularly discussed in my presence w/o my input."

She says that "as a fat person on a plane," she is "treated like luggage."

As a very fat person on a plane, I am treated like luggage--a cumbersome, exasperating inconvenience. Inanimate & unfeeling.

She ends by saying she was "lucky" this time, as her flight took off without issue.

The thread was shared on Twitter by many who supported Your Fat Friend's honest depiction of the issues many overweight people face on a daily basis.

One user replied and thanked her for sharing her story. Another said that everybody deserved to be treated with "dignity and respect" regardless of their size.

popular
Penneys has a perfect dupe for Charlotte Tilbury's Flawless Filter foundation
Gemma Owen gets to know Jack Keating as her head turns on tonight's Love Island
Airport outfits are all the rage as we head abroad - here are the 4 best ones
So it seems Ekin-Su once competed as Miss Ireland before Love Island fame
WATCH: The moment dad attacks 3-year-old son's suspected murderer in court
Andrew and Dami both steal a kiss on the terrace on tonight's Love Island
Rachel Stevens has split from her husband just weeks before their 13th anniversary
You may also like
2 years ago
SoSueMe's €4 product to remove Shellac nails is one we all need
2 years ago
Lisa Jordan's daughter had the most amazing cake to celebrate turning 3-years-old
2 years ago
Terrie McEvoy shares her 'favourite thing' from her breathtaking wedding in Portugal
2 years ago
Victoria Magrath of InTheFrow is officially married and you have to see both of her wedding dresses
2 years ago
'The truth is I absolutely hated them': Lisa Jordan on having her breast implants removed
2 years ago
Rosie Connolly's striking €49 Zara mini dress would work on just about anyone
Next Page