Have you been seeing someone new for a while, reckon it's going grand but feel like there's something off?

They know your friends, practically live at your house and have opened up to you in a very couple-y way; only to avoid the idea of actually defining the relationship.

If this sounds familiar, you're being blue-stalled.

Or maybe you're the one who's dodging commitment; enjoying all the perks of a fledgling relationship without ever actually having the big conversation and committing to it? Maybe the person you're seeing has brought up putting a label on things after growing close but you balked, refusing to use the words 'boyfriend' or 'girlfriend'?

That, apparently, makes you a blue-staller.

Committaphobia has always existed in relationships but has been made worse thanks to dating apps, according to relationship expert James Preece. 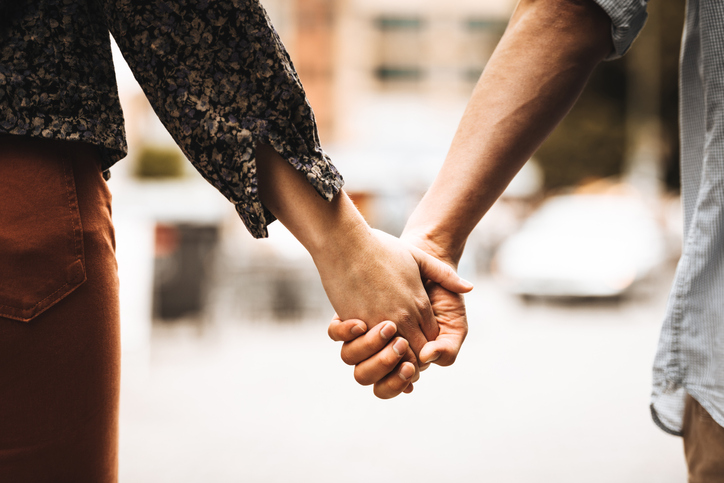 "That’s because people are often never really clear about why they are meeting in the first place," he told Metro.

"Are they going on a date, catching up, testing a friendship or simply hooking up? As nobody really knows it can be a confusing time and nothing ever really gets decided."

The temptation that apps bring also makes things trickier, he says – people often wonder whether there's something 'better' out there or simply enjoy the attention or thrill of the chase they get from Tinder or Bumble.

Still, we don't think being blue-stalled means you should have to hang around waiting for someone who's not on the same page.

If you're fed up, let them know how you feel and if you don't see eye to eye, it's time to move on.


popular
David Beckham shared his dinner on social media and we really wish he hadn't
19 brilliant books to read while you're social distancing
Disney Plus announces new titles coming in April
Nikon is offering free online photography classes for the month of April
Dad hides coronavirus symptoms from hospital staff in order to see newborn
5 new additions to Netflix to spend your weekend watching
My sister is a nurse and she recommends this hand cream for soothing dry hands
You may also like
1 month ago
Study shows it takes men four months of dating before they’re happy to share food with their partner
1 month ago
RTÉ are looking for single city slickers to swap the big smoke for the countyside
1 month ago
Are DM slides about to become the new Tinder?
3 months ago
Single and living in rural Ireland? You may want to apply for this new dating show
4 months ago
'Cushioning'... another dating trend some people will sadly relate to
4 months ago
This service will remove all your ex's things for you like bye boy, BYE
Next Page