This is the couple's second child.

Boris Johnson and his wife Carrie have confirmed the name of their rainbow baby. The couple has chosen quite the sweet moniker for their baby girl. 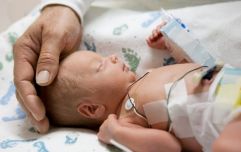 The most popular names for January babies have been revealed

END_OF_DOCUMENT_TOKEN_TO_BE_REPLACED

The mum-of-two posted a photo of their son Wilfred gazing at his little sister as she slept.

"Romy Iris Charlotte Johnson. Romy after my aunt, Romsemary. Iris from the Greek, meaning rainbow. Charlotte after Boris' late mum who we miss so much."

Carrie confirmed she suffered a miscarriage before welcoming her daughter.

"Hoping for our rainbow baby this Christmas. At the beginning of the year, I had a miscarriage which left me heartbroken," she revealed.

"I feel incredibly blessed to be pregnant again but I've also felt like a bag of nerves. 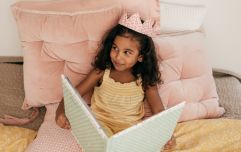 From Arya to Darcy: The top 10 most popular literary baby names

END_OF_DOCUMENT_TOKEN_TO_BE_REPLACED

The mum said their son Wilfred is settling into his role as big brother.

"Wilf has been stroking Romy's hair, giving big kisses, and playing with his matchbox cars right next to her crib, just in case she feels like joining too."

Carrie also praised the healthcare workers in her post.

"Thank you so much to the amazing maternity staff at UCLH for looking after us so well. We are so, so grateful," she gushed.

Baby Romy is Boris and Carrie's second child together.

Their first baby Wilfred was born in April of last year, only a month after Johnson's battle with Covid-19.

popular
Cavan parents remember teenage son as "character of the family" on emotional PrimeTime interview
GPs will not be included in pandemic bonus payment
These are the top baby names for 2022
Madeleine McCann investigators say they've found new clues that could "heavily incriminate" suspect
Gardaí investigating woman's death after body found in apartment
Emmerdale star Toby Kirkup died hours after being discharged from hospital, inquest finds
People are only realising Kendall Jenner and Gigi Hadid are related and the reactions are gas
You may also like
1 day ago
These are the top baby names for 2022
1 month ago
Christina Ricci gives birth to baby girl
2 months ago
Vogue Williams shares potential baby names for third child
2 months ago
Terrie McEvoy shares newborn baby girl's name for first time
2 months ago
Huge rise in people naming their babies after house plants
2 months ago
The most popular baby names in Ireland have been released in Statistical Yearbook 2021
Next Page