Does your boyf wear boxers or briefs? This is the one that's better for them

We haven't a clue.

While boxers look to be mighty comfy, some men like a brief... it's all to do with preference.

However, there has always been a long belief that boxers are better for men, especially when it comes to producing sperm (it's all to do with not having their testicles all constricted). 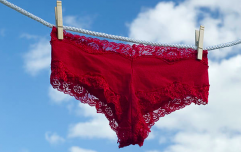 END_OF_DOCUMENT_TOKEN_TO_BE_REPLACED

Well, a new study has now solved the mystery of it all, with findings saying that tight-fitting underwear IS the cause of low sperm concentration.

It can also result in lower blood levels of follicle-stimulating hormone (FSH).

The study was published by Harvard TC Chan School of Public Health in Human Reproduction, with the led researcher of the study, Dr Lidia Minguez-Alarcon, saying:

"An important strength of this study is that we were able to investigate the potential relationship between the type of underwear worn and indicators of testicular function such as reproductive hormone levels and DNA damage, which were missing in all previous studies on the topic.

"Because of this, we were able to find a potential compensatory mechanism whereby decreased sperm production relating to the type of underwear signals to the hypothalamus to increase secretion of gonadotropin[s], [hormones that act] on the testes and that is reflected by the increased levels of FSH, to try to increase sperm production."

There you have it - now go tell yo man all about it.

popular
Adam Collard responds to claims he cheated on Paige Thorne
Woman who 'fell off' rollercoaster ride is identified
Ellie Simmonds targeted by online abuse following Strictly debut
WATCH: First look at Netflix's YOU season 4
Corrie actress Lucy Fallon pregnant after miscarriage heartache
Netflix's true crime series Sins of our Mother is seriously insane
Alec and Hilaria Baldwin welcome their seventh child
You may also like
2 years ago
Study reveals almost 50 per cent of people don't change their underwear every day
3 years ago
Last minute underwear hacks if you're heading to Ladies Day at the Galway Races
3 years ago
The 8 bras every woman should have in their underwear drawer
3 years ago
8 times Calvin Klein thirst trapped us with campaigns that'd make you sweat
3 years ago
You can now buy underwear that makes you look like a present for eh... special occasions?
3 years ago
ASOS is being called out for faking plus size models
Next Page