Bumble is going to start banning users who body shame other users on the app. This is a big step in the right direction for dating apps.

Bumble has always been ahead of the curve when it comes to supporting its users and keeping a healthy environment on the app. 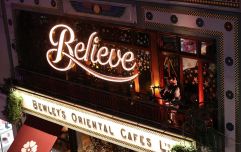 END_OF_DOCUMENT_TOKEN_TO_BE_REPLACED

They recently carried out a survey which found that one in four (23%) of people in Britain have been body-shamed online on a dating app or social media. This is why they want to change the conversation on the app.

1,003 people were surveyed and found that body shaming makes people feel self-conscious (35%), insecure (33%) and angry (25%). The survey also revealed that 54% of people said they are less likely to feel good after spending an extended amount of time on the internet.

The app will now monitor "body shaming" through an algorithm, which will look into any form of words used or derogatory terms to do with someone's appearance. The algorithm will also monitor language that is fatphobic, racist, or homophobic.

After something has been flagged they have moderators who will then look through the accounts to see if the user needs to be banned. They will be notified with a warning first and if the "body shaming" comments continue they will be permanently removed from the app.

Naomi Walkland, Bumble’s head of UK and Ireland said the move is important to create “a kinder, more respectful and more equal space on the internet. Key to this has always been our zero-tolerance policy for racist and hate-driven speech, abusive behaviour and harassment.”

They hope these new rules will make it clear “body shaming was not acceptable on Bumble”.

Bumble have always been ahead of the game when it comes to keeping the app safe. In 2019, Bumble introduced a feature that uses artificial intelligence to automatically detect and blur unsolicited nude images. The user who received the image then has the choice if they want to see it or report it.

popular
Vicky Phelan says she wants to pass away in holiday home "for the kids' sake"
Scotland international rugby star Siobhan Cattigan tragically dies, aged 26
Stacey Solomon mortified after walking around shop in see through leggings
Meabh Feerick passes away after sharing that she felt "let down" by Irish healthcare system
Jeffrey Epstein's private jet made multiple stopovers in Ireland
Vicky Pattison thanks fans for support after doctors find ovarian cyst
Norma Foley addresses concerns over schools staying closed in January
You may also like
1 week ago
Bride asks her guests to pay $150 to attend her wedding
1 week ago
Vicky Phelan to appear on Late Late Show tomorrow
2 weeks ago
7 Christmas Markets and Winter Wonderlands happening in Ireland's Ancient East
2 weeks ago
The Christmas market at Dublin Castle will return this year
2 weeks ago
You can now buy a Christmas tree bed for your pet
2 weeks ago
Tiny baby born at 2lb 6oz hailed a "little fighter" as he survives against all odds
Next Page