It has been absolutely freezing of late and according to forecasts by Met Eireann, things are about to get a hell of a lot worse.

Bundle up well today, as the highest temperatures are going to reach is 8 to 12 degrees. 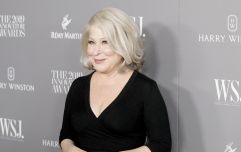 END_OF_DOCUMENT_TOKEN_TO_BE_REPLACED

There will be scattered outbreaks of rain, heaviest across the north and west later and expect a cool breeze.

Tonight will be Baltic with lowest temperatures ranging 1 to 6 degrees Celsius.

Tomorrow will again be cold. Thundery showers will persist in the northwest as well as near west and southwest fringes, and will become more widespread through the day. The highest temperatures will reach will be between 8 to 10 degrees. Expect a blustery cold wind too.

We’ll have a lot of frost over the next few days too.

END_OF_DOCUMENT_TOKEN_TO_BE_REPLACED

Saturday will again be cold but most of the country should hold fully dry with sunny skies. However, a few showers will feed down in the moderate northerly flow, with northwest coastal counties and eastern margins seeing most of these. Highest temperatures of only 7 to 10 degrees.

Sunday might even bring snow. Coastal counties are likely to see some heavy showers early on, even the risk of the odd wintry fall on higher ground.

Expect widespread frost and highs of only 6 to 9 degrees Celsius.

Grab some blankeys and stick on Netflix.

popular
Tonight's episode of Love Island will be extended due to "explosive" recoupling
Hang on, Tasha and Coco know each other already?
Reports of image based sexual abuse involving 200 women investigated by Gardaí
WATCH: Gemma is left fuming in tonight's Love Island as Luca kisses another girl
Love Island: Mollie's family issue apology following allergy comments
Love Island fans think someone has left after Luca arrives back to empty bed
Ireland expected to be hotter than parts of Spain this weekend
You may also like
6 days ago
Love Island's Gemma finally tells villa about dad Michael Owen on TV
1 week ago
BBC Radio 1’s Adele Roberts announces she is cancer-free in emotional statement
2 weeks ago
Double-decker aeroplane seats could become a thing soon, unfortunately
1 month ago
Johnny Depp performs in Sheffield as he awaits verdict in defamation case
1 month ago
'Hardballing' is the new dating trend that actually seems pretty healthy
1 month ago
Wagatha Christie: Rebekah Vardy storms out of court just 30 minutes into final day
Next Page