Study finds that if you own a cat, it will start acting exactly like you

This is a bit mad.

Whether you're a cat person or a dog person, everyone who spends time with animals knows that they all have their own personalities.

Some are lazy and lie about the house all day, others are energetic and won't stop until you've bounced a ball at them 50 times.

However, when it comes to cats a study has found that they mimic their owner's personality.

The study, which was published in the journal PLOS ONE, saw that cats can literally be copyCATS when it comes to their owner's emotional stability.

Co-author of the study and animal welfare researcher Lauren Finka from Nottingham Trent University told The Telegraph: "Many owners consider their pets as a family member, forming close social bonds with them. 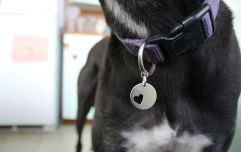 You and your dog can now have matching BFF necklaces and yes, this is the news we needed

END_OF_DOCUMENT_TOKEN_TO_BE_REPLACED

"It's therefore very possible that pets could be affected by the way we interact with and manage them, and that both these factors are in turn influenced by our personality differences."

It found that people who rated higher in neuroticism had cats with more behavioural problems, while owners who said they were extroverted had cats that enjoyed being outside.

Lauren notes that while the study gives more understanding into the life of cats and their owners, more research needs to be done.

popular
It turns out we may have been brushing our hair wrong the whole time
Gwen Stefani reportedly pregnant with baby number four
90-year-old grandfather comes out as gay in viral post and inspires millions!
Amy Schumer reveals that her husband Chris Fischer has autism spectrum disorder
Someone has ranked the penis size of men from all over the world
Three children and two staff test positive for COVID-19 at Meath creche
Here's why you may have white lumps around your eyes
You may also like
3 months ago
Two pet cats have tested positive for coronavirus
6 months ago
There's a Canadian bookstore filled with adorable kittens that you can adopt
7 months ago
WATCH: Cats star Jason Derulo reveals that he's still a dog person
7 months ago
Cats movie review: Far from purrfect... but not a complete cat-astrophe!
7 months ago
Cats director Tom Hooper says he just finished the movie earlier this week
8 months ago
The second Cats trailer is here and it's just as bonkers as the first one
Next Page