Let's all take a moment for that to sink in, a statement uttered by the Prime Minister of Britain, Theresa May, during an appearance alongside her husband Philip John May on The One Show this week.

The below clip shows Theresa and Philip laughing like having different household jobs for different genders is a hilarious joke, but the reality is this is part of a bigger issue and making light of it only furthers the problem.

Her words spread like wildfire on social media with Twitter users livid at the fact that a woman in such a powerful position could make such a harmful comment.

Did Theresa May *really* refer to 'boy jobs' and 'girl jobs' on the One show???

Yo, @theresa_may I'm in a household of two woman, how do we split the girl jobs and boy jobs? Also, welcome to 2017.

END_OF_DOCUMENT_TOKEN_TO_BE_REPLACED

The single most infuriating thing is the fact that although Ms May's comment has some merit, she treated the idea of 'boy and girl jobs' as if it was something trivial.

It's 2017 and women are fighting every day to gain equality with their male counterparts, in the workplace, at home, at university and a throwaway statement like this does untold damage, particularly when it comes from the most powerful women in Britain.

The 60-year-old is renowned for her icy demeanour so in all likelihood, this was an attempt to appear more approachable, sitting on the couch with her husband talking about household chores but it backfired spectacularly. 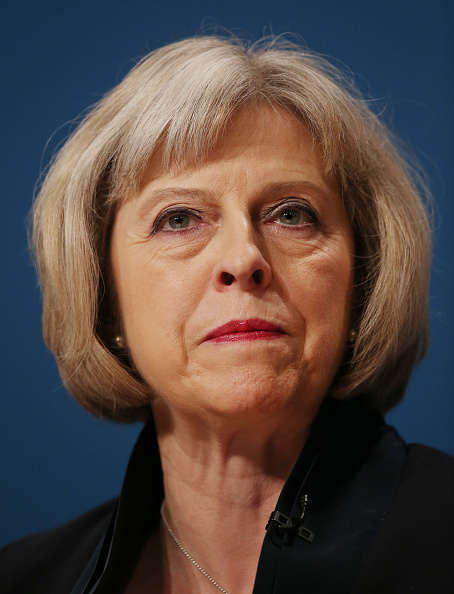 END_OF_DOCUMENT_TOKEN_TO_BE_REPLACED

I'm not suggesting there isn't a basis for her opinion, that's the crux of the matter and the main point of this comment.

She had such a huge platform to address a very relevant issue and instead, she resorted to the age-old idea that men should do certain jobs and woman others. Dads cut the grass while Mums make dinner, men take out the bins and women clean the whole house. Fair swap? Hell no.

Seriously, this is 2017 and in reality, the Prime Minister and her husband probably have a team of people catering to their every whim and the idea of either of them actually taking out the bins at Downing Street is laughable.

Further, after concentrating on FIFTY years of data, two Oxford academics found that women do a whopping 74 minutes of housework more a day in comparison to men.

It's not all doom and gloom. The hunger for change is there, evident by the outraged reaction to Theresa May's dismissive treatment of this particular gender issue, which some have described as yet another example of everyday sexism.

Women are no longer content to conform to the stereotype that's been in place for so long, of the silent figure who allows her partner to dominate the relationship, and men are now waking up to the fact that they too need to contribute to mundane household tasks.

It's a long road ahead but the fight for true equality involves so much more than this particular debate.

As women, we have to contend with a gender pay gap, and sexism everywhere from the workplace to the gym, so we will continue to fight the good fight and attempt to dismiss the exasperating concept of separate 'boy and girl' jobs.

Now excuse us while we go and take out the bins...

popular
Woman killed in Clare crash named as Peggy Twomey, mother of Marty Morrissey
Nick Cannon's 5-month-old son Zen has passed away
Mrs Brown's Boys star Fiona O'Carroll split from co-star husband after 15 years
Maura Higgins ends up in A&E with everyone's nightmare injury
The Daly Dish's Gina introduces newborn baby Gene to the world
Woman in her 90s dies after horrific road crash in Clare
People are losing it over Lana del Rey wearing a Shein dress on the red carpet
You may also like
2 months ago
9 of the best memes from when Instagram and WhatsApp were down
2 months ago
Facebook, Instagram and WhatsApp down as outage hits for hours
2 months ago
Hallelujah! Britney Spears returns to Instagram
2 months ago
Why did Britney delete her Instagram?
5 months ago
TikTok star sentenced to 10 years in prison over "human trafficking"
5 months ago
OnlyFans to move away from adult content in bid to reach $1B valuation
Next Page