Crayola has publicly fired one of their crayons

Some sad news on the colouring-in front.

Art giants Crayola have told one of their popular crayons to clear its desk as Dandelion's services are no longer required.

If you are a fan of staying inside the lines with the mustard-coloured crayon then it's bad news - the yellowy one is officially being removed from the company's 24-count box set. 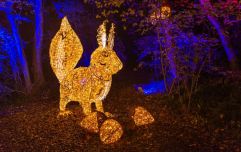 Due to popular demand Wonderlights will return for a second run

END_OF_DOCUMENT_TOKEN_TO_BE_REPLACED

It is the first colour to be axed from the set in its 100-year history. However, Crayola have promised to replace the crayon with a new colour (just in case you were verging on hysteria like).

The company's box-set of crayons was first created way back in 1903, but Dandelion was a late arrival to the colouring party as it joined the set in 1990. Shades such as mint and mulberry have previously been "retired" but Dandelion is the first to be officially claiming a P45.

To add insult to injury, poor 'aul Dandelion was fired in a very public manner, with Crayola making the announcement via a video posted to their twitter account.

Couldn't they have left the poor crayon with some dignity?

"Retired" Dandelion Crayon said "Retire, my BUTT! You can’t retire me. I QUIT. And U can quote me on that, Daywalt" https://t.co/zacIeiUuve

Girls With Goals || Her · Ep.151: 'A Story Shared' - Aoife P. Rafter on blogging during a pandemic and living with CF
popular
"I tried to imagine how we’d heal:" Meghan Markle discusses miscarriage in candid opinion piece
Love Island's Maura Higgins and Chris Taylor are officially together
Princess Diana's brother isn't happy with The Crown's depiction of his sister's marriage
Camilla receiving online abuse following The Crown's depiction of Prince Charles affair
AOC weighs in on Harry Styles' Vogue cover, says he looks "bomb"
Singer Christina Perri shares loss as baby is "born silent"
Zoe Alexander Says X Factor Made Her Look Like a 'Fool'
You may also like
10 months ago
Hodges Figgis is throwing a Harry Potter book night next month and we're going
11 months ago
10 great new board games the whole family can get stuck into this Christmas
1 year ago
This Netflix film is being hailed the top Christmas movie of 2018
1 year ago
These are the last dates for Christmas delivery with An Post, and they're sooner than you think
2 years ago
Ireland's biggest Christmas festival Winterval is set to return this winter
2 years ago
Study suggests the more time spent with your mum and granny, the longer they live
Next Page