When are we going to give up on the 'crazy ex-girlfriend' trait?

(No, not the Rachel Bloom TV programme.

If you've ever had more than a few interactions with members of the human race, you're probably familiar with the trait of the 'crazy ex-girlfriend.'

She's the girl who's brought up in conversation as a punchline or an awkward unwanted reference. She's the one that guys dread running into on the street while simultaneously gasping to tell their friends about. She's the girl who really didn't take it well when you guys broke up.

But what are we really hearing when we listen to shit being chatted about seemingly 'crazy' exes? And why are we so complicit in taking what's being said for granted?

There's an odd comfort attached to somebody you're dating telling you that the people they used to go out with weren't all that.

They were jealous, they were needy, they were too much. They did things that in the beginning were endearing, but by the end of the relationship became sour and irritating. 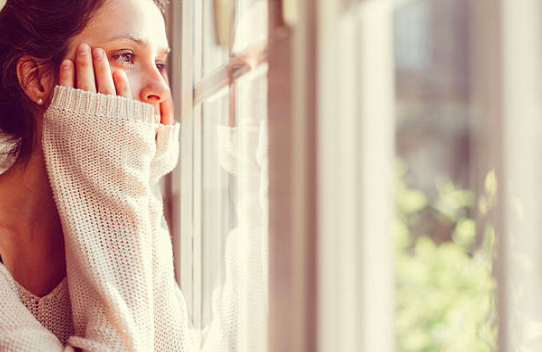 END_OF_DOCUMENT_TOKEN_TO_BE_REPLACED

They would get angry when they were ignored, pissed off when things didn't go their way, get upset over the 'stupidest things.' They were just a bit crazy, weren't they?

You find yourself nodding along in agreement interjecting with things like 'wow, that sounds awful,' and 'god, at least you got out of that one' all the while being secretly delighted that the girls who came before aren't something to be spoken highly of.

They were a lot of deal with. But they're in the past now, they're not a threat so you agree that, yeah, she sounded like such a crazy bitch.

But then comes the day when you end up meeting one of these girls and realise that they're no more of a bit much than you are right now.

There's a chance that she didn't actually do anything wrong. Maybe she had emotional reactions to things that were happening around her. She might have acted out, she might have struggled. She probably did things that wouldn't be all that far from the things that you might do too, if in a similar situation.

Maybe her status as the crazy ex only exists as a distraction from the fact that she was walked all over and once or twice had the courage to stand up for herself. Or to fight back. Or to leave. 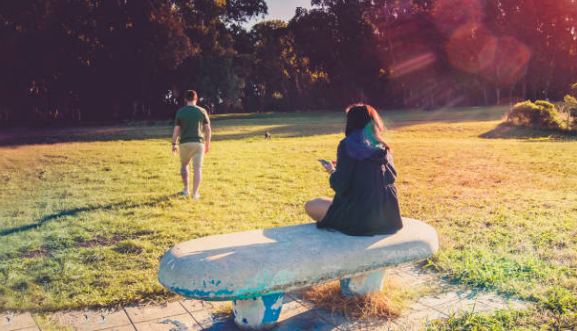 The crazy ex-girlfriend is rarely questioned. 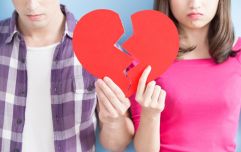 END_OF_DOCUMENT_TOKEN_TO_BE_REPLACED

She's brought up in conversation the odd time, often as a marker of future-things-to-avoid, something to laugh at, as we roll our eyes, grimace, and lurk her Instagram page desperately warning against the painful accidental double tap.

She's a marker of the past, a defence against questionable behaviour, but mostly she's a way to alleviate blame. 'Why did things ever end with her?' 'Ah, she was crazy.'

And to be honest, she probably wasn't. If a relationship falls apart due to one person's actions, it would make sense for the other party to have at least one other reason why things ended.

But telling the lads 'I hurt her and she was sad' is a surefire way to torpedo a conversation so let's just stick to the crazy accusation instead.

Insisting that women blindly support women is a futile gesture if you feel the need to consistently get caught up in the idea that you can't possibly know that all women are good and therefore worthy of your support.

They might not be but that doesn't exactly mean that they should be blindly torn down either just because they didn't fit somebody's idea of the 'cool, chill girlfriend' because honestly, very few people can.

More often than not, the crazy ex-girlfriend doesn't exist. She's a character conjured to make someone feel better about their shitty behaviour, an easy means to impart blame, and a way to avoid any actual attempt at self reflection or, God forbid, growth.

She's not real so why don't we just stop talking about her?

(And watch the Rachel Bloom show instead, it's really good, honestly.)

popular
QUIZ: How well do you remember 13 Going on 30?
Someone has ranked the penis size of men from all over the world
QUIZ: How well do you remember 17 Again?
Kate Middleton has addressed the rumours that she's pregnant with her fourth child
The entire Twilight Saga is coming to Netflix this month, and we're so ready
Here's the average age people lose their virginity around the world
Why Are Men so Obsessed With Boobs? The Answer is Pretty Surprising...
You may also like
5 months ago
Apparently, sexting actually has no benefit to long distance relationships
8 months ago
Crushing that sex stigma: here's everything that happened at our UL #MyMorningAfter talk
8 months ago
There's a new dating trend and it has definitely happened to all Irish gals
8 months ago
Irish people are pretty terrible at saying 'I love you' - but why?
8 months ago
Should you open up about your ex on a first date?
9 months ago
Are you a backseat driver? It could end up ruining your relationship
Next Page