Isolde Ó’Brolcháin Carmody describes herself as a bit of a magpie. As a performer, writer, and theatre practitioner, she gravitates towards a number of different mediums, taking elements from each one, creating art and exploring the crossover. 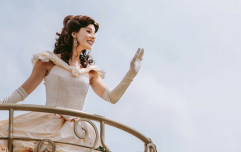 END_OF_DOCUMENT_TOKEN_TO_BE_REPLACED

"I like to keep my fingers in many pies at the same time, " she tells Her. When I catch Isolde for a chat, she's just come off tour with UNDER Current, a Leitrim-based performance collective. The past month saw them tour the country with their show UnEarth, a piece that was created during the pandemic.

"A lot of the themes in UnEarth have to do with contact and separation, supporting one another through barriers and dismantling them, " she explains. "It was about the restrictions on touch that we would have experienced at that time, the longing for touch, and the mutual support that you can get from sharing that." 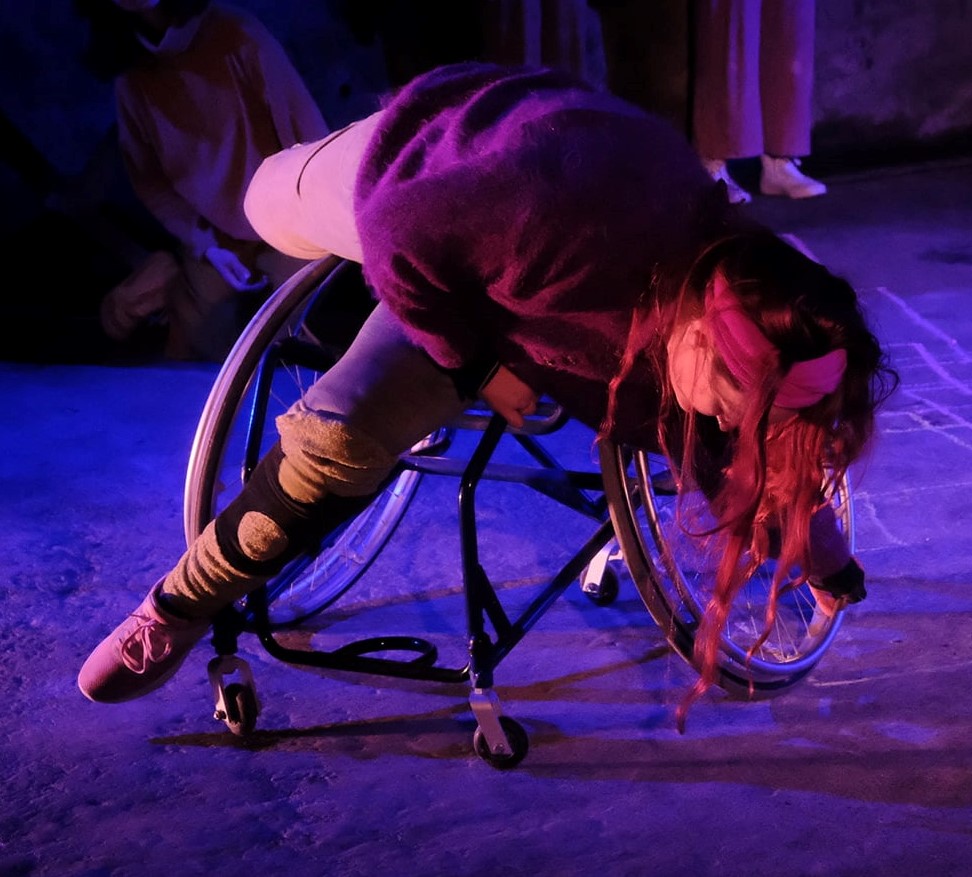 Dismantling barriers isn't just a subject matter Isolde explores in her work, but a principle that informs her activism. As well as a rich career in the arts, she's a member of Disability Power Ireland, a grassroots organisation led by disabled people to celebrate and empower the disabled community in Ireland. This summer, the group organised Ireland's first ever Disabled Pride Festival to mark July, which is recognised as International Disability Month. 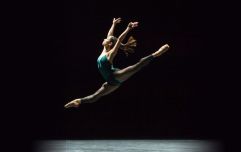 'It's an extremely difficult industry'... Principal dancer discusses life committed to the arts

END_OF_DOCUMENT_TOKEN_TO_BE_REPLACED

"The month uses both the tools and the language of the LGBT+ Pride movement to empower the disabled community to give us pride in our identities, but also to raise our profile politically and socially, and to generate solidarity from the non-disabled world to have our fights realised and accepted within both government and social institutions," Isolde says. "It's a group that is very much about social and political change, and it's not apologetic for it. That's where the use of the terms 'power' and 'pride' really come into it. We're kind of done asking nicely."

While pushing for rights for the disabled community isn't exactly a new thing, Isolde has noted how the movement has been galvanised by other social movements, including Black Lives Matter.

"The anti-racism movement has given us language and conceptual tools that we can use to understand the mechanisms of an ableist society an awful lot better," she explains. "We can now talk about ableist privilege because people have done the work of examining what white privilege is, or male privilege. They can understand that there is another form of privilege that they're benefitting from without being conscious of it." 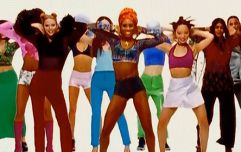 END_OF_DOCUMENT_TOKEN_TO_BE_REPLACED

As both an artist and an activist, Isolde sees the role representation plays in both creating the structural barriers that exclude disabled people, as well as its ability to dismantle them.

"That's one of the areas where I see a role for the arts and the media," she says. "Representation matters. It influences the way that you are perceived and the way that you are treated. There is a tendency to go ‘Oh look, there is a disabled person on television, isn’t that great? That’s representation.’ But it's framed as being a charity narrative where being disabled is the worst thing that's ever happened to them, or they're wheeled out for a telethon where the public are asked to give generously to these poor unfortunate souls who obviously can't do anything for themselves. These are the traditional models for framing disability that come under the framework which is referred to as the medical model or the individual model."

This line of thinking, Isolde says, frames disability as something that "arises from an individual's broken body or brain", or as though they are "failed patients".

"We haven't done the correct medical thing of getting better and so it's a healthcare issue," she says.

We see the medical model in practice in Irish society, as well as the very real impact it has on the disabled community.

"It's reflected in things such as disability services being run by the Department of Health and not, for example, the Department of Justice. A lot of these systems are a hangover from charitable institutions having had complete control over the lives of their supposed beneficiaries."

The Disability Power movement challenges this model and posits the social model instead.

"The social model of disability says that it is not arising out of my personal, individual fault for being different and broken, but it’s that the way that society is structured both in terms of the built-in environment but also institutional structures and cultural structures.

"They exclude me from being able to fully participate, they disable me. So, it’s not the fact that I can’t climb stairs, it’s the fact that the stairs are there in the first place. That’s what is disabling."

One of the aims of Disability Power Ireland is to challenge the hold the individual model has on society and to enact real structural change that would allow disabled people to participate in Irish society fully.

"It's actually up to society as a whole to realise that these structures are not working for everybody, that they’re not supporting every citizen equally, and so changes have to be made so that we get to actually be treated as citizens and as full human beings."

In terms of removing the structures that disable people, Isolde observes a reluctance from society. She notes how during the early months of the pandemic, the world was quick to adapt to online events, allowing more disabled people to take part in society, but now it seems we've reverted, and in most cases disabled people are prevented from attending events in unsafe or inaccessible buildings.

"There was this great optimism during the first lockdown," Isolde says. "We were discovering all these ways to support each other, and all these new ways of working remotely. There was this feeling that this could be a really positive long-term change, and that just got forgotten about very quickly, and particularly when it became so clear that some people were more locked down than others." 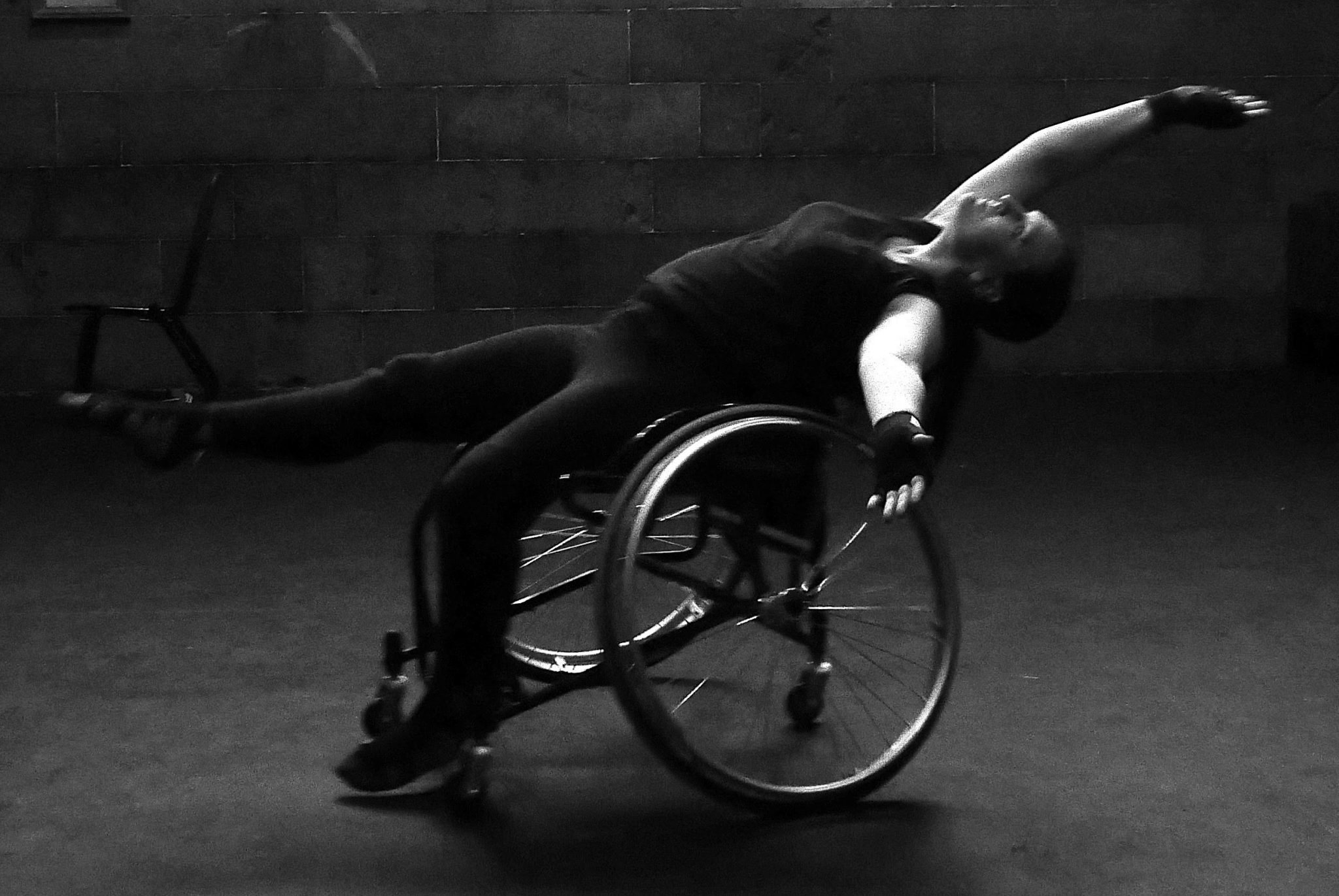 "When the PUP was rolled out, the Government said that it had to be €350 a week in order for people to survive. And yet, they've been paying disabled people €200 a week to survive, not even taking into account the extra €10,000 to €12,000 a year that it costs to have a disability. That really showed up the disconnect. It was like 'We'll do this for everyone, but not you.'

This disconnect and the medical model for disability fuel one another, and continue to exclude disabled people, and this is why the work of Disability Power Ireland is so vital.

"That kind of exclusion comes from forgetting and from oversight because we're not perceived as being part of mainstream society," Isolde explains. "We're seen as some kind of adjunct or an appendix that has to be dealt with on a case-by-case basis, and without actually making a big structural or policy change."

popular
Fans unimpressed with the Love Island reunion
Everything we know about the Love Island reunion
Lauren Goodger assaulted and taken to hospital after baby girl's funeral
Tasha's dad responds to Jacques' Instagram video
Are You The One? UK's Thérèse Mullaghan opens up on the reason she went on the show
Barry Keoghan and girlfriend Alyson welcome their first child together
These baby names are set to be popular in 2030 (so maybe get in there now!)
You may also like
2 months ago
Contemporary dancer Lucia Kickham: "I have to move or else I can't think properly."
8 months ago
Ballet dancer Niamh O'Flannagain: "Art is so important in everyone's lives, it brings so much joy."
1 year ago
Abbie Quinnen, AJ Pritchard's partner, pictured since suffering third degree burns
2 years ago
Fisher, Carl Cox and Eric Prydz to headline Life Festival as new acts are added
3 years ago
Red lipstick at the ready: Dita Von Teese is coming to Dublin
3 years ago
Surprise! Swedish House Mafia have announced they are reuniting
Next Page