Doctors perform c-section on a woman who wasn't actually pregnant

You would hardly believe this is true.

Doctors carried out a C-section on a woman that turned out not to be pregnant.

The woman was killed in a car crash in Lincolnshire in the UK after she tried to turn right off a road a hit a car. 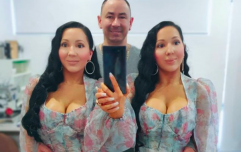 END_OF_DOCUMENT_TOKEN_TO_BE_REPLACED

The 48-year-old was misdiagnosed by paramedics, and when brought to hospital, the doctors put her through a cesarean.

However, Adele Barbour was not pregnant, and instead suffered from scoliosis and spina bifida which makes your stomach swell.

Her family were not told that the C-section was carried out, and were unhappy that doctors kept the information from them.

According to the Metro, Adele's sister said: "On the day Adele was admitted, the doctor omitted to mention the C-section when she told us Adele was being moved to theatre, and neither did she tell us about it when she informed us of her death.

END_OF_DOCUMENT_TOKEN_TO_BE_REPLACED

"Adele attended on January 17. On arrival to hospital the doctor told us she had gone to theatre. She did not communicate the suggestion that she was pregnant or that they had carried out a C-section."

However, Coroner Marianne Johnson said: "The evidence that I have heard is that the initial mis-diagnosis [of pregnancy] did not cause or contribute to her death."

popular
Gwen Stefani reportedly pregnant with baby number four
Anne Hathaway shares disappointing news about The Princess Diaries 3
Molly-Mae Hague fans think they officially know her baby's name – and it means cloud
Joanna Cooper heartbroken after her mum is diagnosed with dementia
Tasha Ghouri hits back at another islander who called her relationship fake
"I feel like I lost myself": Nathalie Lennon on her mental health struggles and her latest project with Pieta
Baby found unattended in pram in Dublin, Gardaí reveal
You may also like
1 day ago
Montana Brown hints at when her baby's due date is
1 month ago
Man arrested on suspicion of the murder of a pregnant woman in Armagh
9 months ago
Zara McDermott has just seriously confused fans with a pregnancy announcement
9 months ago
Caitríona Perry confirms she's expecting her second child
9 months ago
Britney Spears reveals she's pregnant in new Instagram post
10 months ago
Twilight star Ashley Greene Khoury reveals she is expecting her first baby
Next Page