She's now been nominated for an award.

Here's a heartwarming story for you, courtesy of the SuperDog Awards. Yes, they are a thing, and yes, spending 10 mins browsing through the nominees is the perfect tonic to a stressful day and the goings-on in the world.

For this story, we're going to go to the nominees for the Survivor award. According to the awards' homepage, this is for dogs that have "demonstrated resilience, gone through trauma, and fought their way back." And this particular dog has definitely done that. 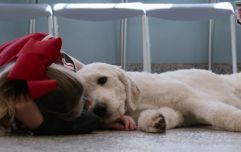 Dogs Trust's advice if you are considering surrendering a dog

END_OF_DOCUMENT_TOKEN_TO_BE_REPLACED

Prea is a bull terrier who, according to her nomination, was "stabbed 7 times, used for breeding and then left to die."

The nomination, written by her owner, continues: "Fortunately, the police brought her into the surgery where I worked at in London. I lived above the vet’s at the time and there were too many people around.

"She was frightened. To start with she was so frightened, she couldn’t bark, then she turned the other way and barked if anyone passed our door."

After a week away at with Prea at her mum's, the owner says that they could "see a relaxed dog emerging."

As the owner and their boyfriend decided to move to an area that was less built up, Prea came on "leaps and bounds and she is a much happier dog."

The owner goes on to write: "She is naturally scared of strangers, but once she gets to know someone, she is so happy and trusting. She loves playing with other dogs.

"We have now passed level 1 of a cooperative care course that slowly gets her used to being handled. For example, she can now have her ears cleaned and her claws clipped without it being stressful. 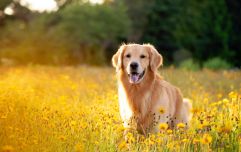 It's official - these are Ireland's most Instagramable dogs

END_OF_DOCUMENT_TOKEN_TO_BE_REPLACED

"I’m nominating Prea for a SuperDog Award because she has taught me so much and I wouldn’t, and couldn’t be without her."

What a great story. And, of course, every single one of the nominees in this category has an equally heart-warming story to tell, proving that whilst there are some dreadful people in the world who continue to mistreat animals, there are many more who want to care for these animals and give them a second chance at life.

And, as is always the case with dogs, they give their owners even more in return.