"This Christmas may be her last one and what better way to spend it than in a loving home and not on the streets as a lonely feral cat."

The Dublin Society for Prevention of Cruelty to Animals has launched a special campaign for Dahlia, a former stray cat with cancer.

In a touching video shared on their Instagram yesterday, the DSPCA introduce the female cat, and outline their "special" request.

END_OF_DOCUMENT_TOKEN_TO_BE_REPLACED

"Dahlia came into the shelter in early November after she was found as a stray," the caption reads. "She was missing some teeth, her coat was dirty and she had a lump on her chest. Her ear was also tipped meaning that she was once caught as a feral cat, neutered and then released. It's sad to think that she had to live the life of a feral cat when she's so incredibly gentle and sweet."

The post goes on to explain that a biopsy was done on Dahlia's lump and they discovered that she has cancer. 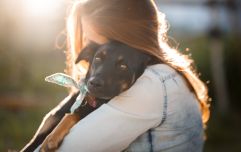 END_OF_DOCUMENT_TOKEN_TO_BE_REPLACED

"She could live very happily for a year or up to 2 and a half years," they write. "She's not in any pain and with a full dental done  she can now start grooming herself again."

The DSPCA then said that they are looking for a home for Dahlia where she can live out her final years in comfort.

"She is only 5 years old and after living rough on the streets for years we believe that she deserves a chance to finally live in a happy loving home for the remainder of her life."

The caption continues: "We have good faith in all our friends and followers and we hope that there is someone out there who will welcome Dahlia with open arms. This Christmas may be her last one and what better way to spend it than in a loving home and not on the streets as a lonely feral cat."