Dublin man Shay Bradley was known to family and friends for his wicked sense of humour.

So much so, his dying wish was to pull a prank on all of them at his own funeral. He wanted to make it appear as though he was communicating with them from the grave in the hopes to go out with one more laugh. 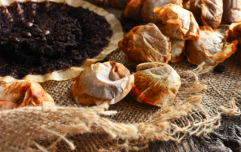 END_OF_DOCUMENT_TOKEN_TO_BE_REPLACED

With the help of his loving family, Shay had the send-off he wanted with everyone giggling at the grave while they listened to his pre-recorded message which made it appear as though he had accidentally been buried alive.

"Let me out, it's fu*king dark in here..." can be heard from the recording as everyone stood around to share one last laugh with the Kilnamanagh man.

Shay's daughter also shared a photo of her dad on Twitter, speaking about the funny funeral prank, she wrote:

Here is a picture of the legend himself. My dad, Shay Bradley. It was his dieing wish that we played this at his funeral. What a man.... To make us all laugh when we were incredibly sad..... He was some man for one man.... Love you forever Poppabear #Shayslastlaugh pic.twitter.com/YkG2ecKAaL

We love this. Shay, what a hero. May he rest in peace.

Girls With Goals || Her · Ep.160: The Beauty Of Coaching - Hayley Harrison joins us from Sport Ireland
popular
Doctors warning young people against 'sun cream contouring' TikTok trend
Easy DIY: A super-chic pallet daybed for garden entertaining
28 amazing Irish glamping spots for your 2021 staycation
Louise Redknapp just admitted a shocking truth about her ex husband, Jamie Redknapp
Rag'n'Bone Man marries Beth Rouy in glam all-trackie wedding ceremony
First Look at David Seaman and Frankie Poultney's Wedding...
The countdown is on! 10 things we'll be racing to Penneys for when they open
You may also like
1 month ago
Dog finally adopted after 419 days in shelter sent back after one day
1 month ago
Keilidh Cashell: "Whether we're in a pandemic or not, people still want to look and feel beautiful"
1 month ago
3 good things: Why I've started writing down what I'm grateful for in lockdown
1 month ago
"My mum is a superwoman for how she dealt with her two 'sons' becoming her two daughters"
1 month ago
Happy Mother's Day! 10 meaningful ways to spend time with your mum this year
1 month ago
Sarah Everard: She was just walking home
Next Page