Haribo Starmix are delicious that is not up for discussion here today, folks.

But how can we use such a pure and satisfactory treat to create conflict, mass unrest and death threats? Easy. I have decided to rank them from worst to best, based entirely on my own taste.

The criteria for this ranking system is simple, if a friend offered you a jelly, which one would you go for first, second, third and so on. Obviously because I have written this myself, the list is entirely subjective but that shouldn't distract us from that fact that my decision is final and 100% correct.

So, here's my definitive ranking of every jelly in a packet of Haribo Starmix.

END_OF_DOCUMENT_TOKEN_TO_BE_REPLACED

Folks, we need to stop fooling ourselves. These adorable bears are garbage. They're too small, they lack flavour and maliciously hide in the corner of the bag meaning they're in serious danger of getting thrown in the bin (tbh where they belong). Their texture is too hard for many of our sensitive little mouths, and there's not much flavour return for your decision to eat one of them.

If your friend offers you a jelly, the absolute last one you're going to pick is a gummi bear because you may as well just choose nothing and you'd be left with the same end result. You would need to consume roughly 5,000 gummi bears to achieve your desired level of flavour and overall snack satisfaction. If Haribo removed the bears from their Starmix in the morning, I would not shed a single solitary tear. 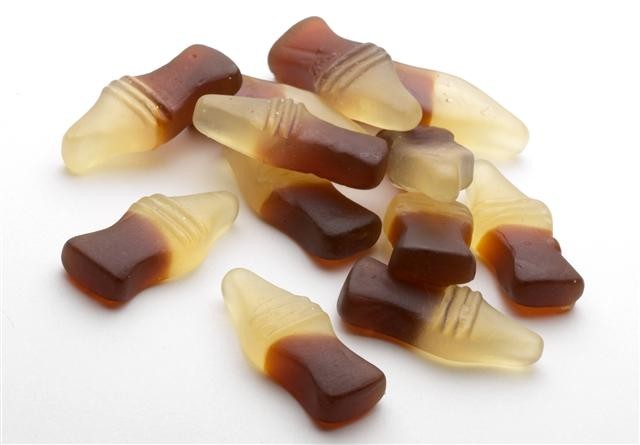 END_OF_DOCUMENT_TOKEN_TO_BE_REPLACED

The main issue with cola bottles is that they are simply just OK. Nothing mind-blowing, nothing too offensive, they are just about acceptable. They're a decent thickness, meaning you feel as though you're getting some value for your choice of jelly. The flavour is exactly as expected and there is a sufficient amount of chewing involved.

I like to think of plain cola bottles as the third Hemsworth brother. His siblings, the sour cola bottles, are far superior in every possible way and nobody really knows his name, but if he was the only one left on earth you would begrudgingly cast him in your film. He's a decent guy, what you see is what you get, but you're absolutely not going near him of your own volition unless it is a cruel game of truth or dare and the truth option is far too revealing. 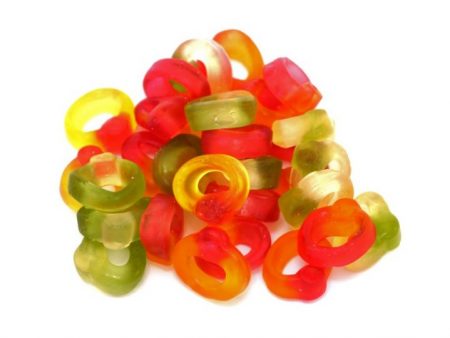 If it wasn't for their versatility, the rings would be bottom of the list, I assure you. What they lack in flavour, they more than make up for in possibilities. You can wear those rings on your grubby little fingers all day and they'll still be there waiting for you when you get home. But how on earth do you get the ring off? By aggressively biting it, obviously.

They come in a variety of colours which is tremendously exciting, and much like Ant and Dec, you forgive their shortcomings because they're good fun. You can eat them whole, stretch them until they break, propose to someone, eat them in increments or even adopt them as this season's hottest fashion accessory. The struggle of everyday life is momentarily worthwhile when you have a jelly ring by your side. 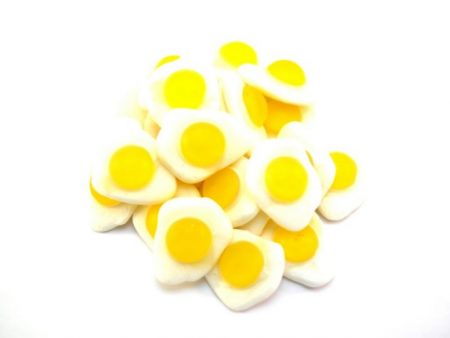 No, they are NOT spaceships, they're eggs.  The only issue surrounding them is that you get roughly one per packet of Starmix and that is simply unacceptable on Haribo's behalf. I see what you're up to, Haribo. Filling those tiny packets with gummi bears and rings so that more eggs won't fit. We need our protein.

The best part about jelly eggs is biting the yolk off first, then sucking on the white bit and pushing your tongue through the weakened middle as a result of removing the yolk. It's borderline sexual, but it's also the purest thing you can do on a sunny afternoon. If you eat them whole, you are a sociopath and I recommend scheduling an appointment with your GP at your nearest convenience. 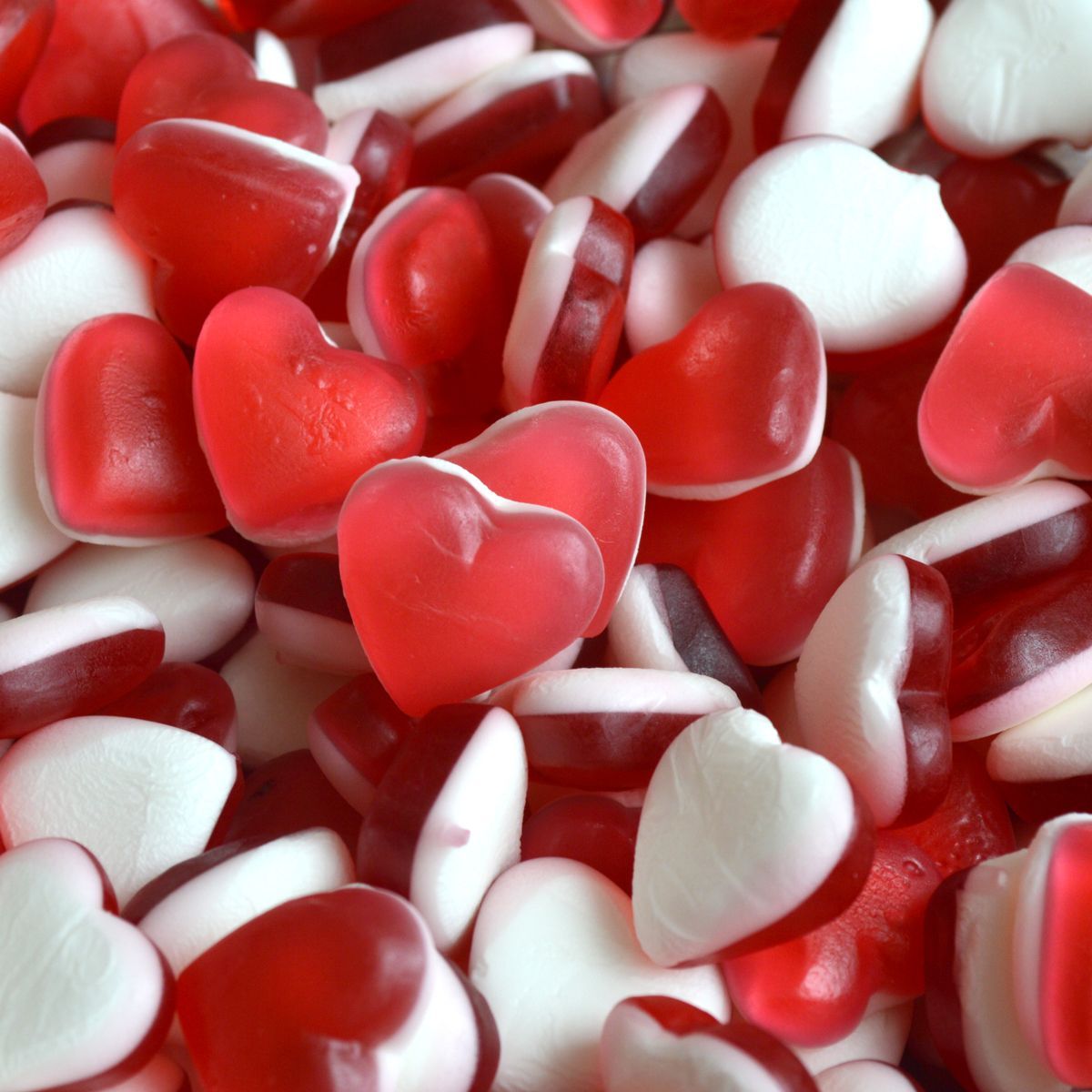 Moment of appreciation for the greatest jelly in a packet of Starmix, ladies and gentlemen, the humble love heart. Everything is perfect. The colour, the flavour, the ratio of jelly to white bit, it's all spot on. You can eat it whole or, if you're feeling ambitious, dissect the top part from the bottom and feel the closest sensation to being a surgeon that you'll ever feel.

The jelly hearts are proof that you can have it all. Again, similar to the egg situation, we need to get a system put in place where there's a larger distribution of these angelic souls in each packet because anything less than five is unacceptable. It's hit and miss these days and no doubt Brexit is to blame. Either way, jelly love hearts, today is your day and the crown is yours <3

popular
Patrick Clancy asks public to forgive his wife after she murdered their three children
Cork influencer Lisa Jordan releases her own clothing line
Fans call out Jake Paul for insensitive comment on Molly-Mae's baby announcement
Molly Mae has called her daughter after a Disney character
A croissant cafe has opened in Dublin and you need to try it
Tributes pour in for 22-year-old woman killed in Mayo crash
Varadkar slams schools for giving children "too much" homework
You may also like
4 months ago
"Home alone" – Prince Louis memes are taking over the internet
5 months ago
Andrew Tate has – finally – been banned from Facebook and Instagram
6 months ago
Sonya Lennon reveals ‘judgement’ her daughter, 17, experienced when buying pregnancy test
6 months ago
Here's how to make Hailey Bieber's TikTok famous Strawberry Glaze Skin Smoothie
7 months ago
Mass in Mayo church goes viral after spooky incident happens over livestream
7 months ago
People on TikTok are making 'healthy Coke' with just two ingredients
Next Page