An eleven-year-old boy in the UK was banned from taking part in his school's World Book Day celebrations after turning up to school dressed as Christian Grey.

Students had been asked to dress up as famous characters from books for the event and Liam Scholes and his mother decided it would be funny to channel Jamie Dornan's character from 50 Shades Of Grey, wearing a grey suit and carrying an eye mask and cable ties.

However, on his arrival at Sale High School in Greater Manchester, mother Nicola received a call to say that the outfit was "inappropriate" and he would not be allowed to appear in the class photo.

"We thought it was funny. We were walking home from school and he had the idea of going as Christian Grey. At first, we laughed it off but the we discussed it with a few friends and saw the funny side and decided it was quite a good costume idea." 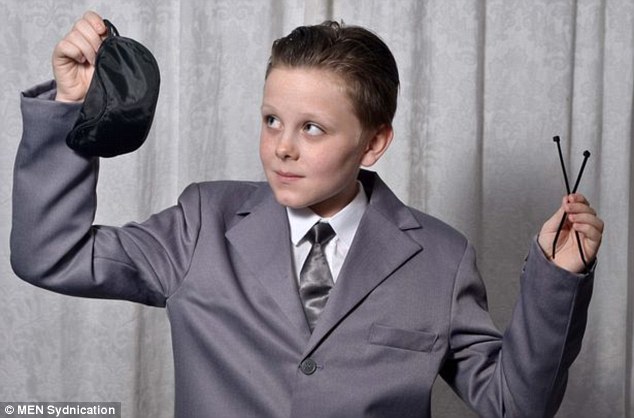 END_OF_DOCUMENT_TOKEN_TO_BE_REPLACED

She went on to say that she was disappointed about the outcome and highlighted that most students at the secondary school were already aware of the hit E.L James book.

"Me and the teacher agreed to disagree and it's not being taken any further but I was disappointed for Liam that he'd been stopped from taking part and that he's had a dressing down," she said.

END_OF_DOCUMENT_TOKEN_TO_BE_REPLACED

"One of the teachers went dressed as Dexter and I don't see why sex is seen as more offensive than murder.If it was a primary school I could understand but it's a secondary school and the book and the film have been everywhere - it's one of the most famous books in recent years and it's not like the pupils will be unaware of it."

popular
Vogue Williams slams man who refused to swap seats with her on plane
Mum charged with murder after allegedly leaving baby in hot car
New Zealand family find two bodies in second hand suitcases
This is the exact date the weather will get warm again
Are we getting a mini heatwave in September?
Get Out has officially dropped on Netflix and we know what we're watching tonight
Crown Paints advert receives 200 complaints over 'misogyny' and 'everyday sexism'
You may also like
1 day ago
Are we getting a mini heatwave in September?
1 week ago
Galway dog charity sees surge in owners surrendering dogs
1 week ago
Actress Anne Heche in coma following car crash
1 week ago
650 children strip-searched by Met Police in 2 years, report finds
1 week ago
The cost-of-living crisis is having a disproportionate impact on women, charity warns
2 weeks ago
Government approves new standalone stalking offence Bill
Next Page