We've been crying out for Irish representation for years.

I've had an on-going struggle ever since Emoji's became popular language. I don't have one that represents me.

There is no pale, red headed girl among the numerous different skin and hair colours provided. In fact, there's no red head emoji at all.

If you happen to be ginger you may have noticed this, and most Irish people in general probably have too. For months I have been seeking justice for gingers on the emoji keyboard.

Now, the blog about emoji aptly titled Emojipedia, have released a statement about whether we're getting them or not. And while they're looking in to it, nothing is set in stone.

''Redheads are on the agenda at the next Unicode Technical Committee meeting, hosted by Apple next week.''

They note that it has been brought to their attention a lot over the past couple of months which is why they are going to look into it.

They add that there would be two ways of doing it. Firstly, they could add it as a hair 'tag' so that the orange hue could be added to any emoji with hair on the keyboard.

Alternatively, they could make a generic 'woman and man with red hair' but they fear that this would not satisfy the diverse demand. 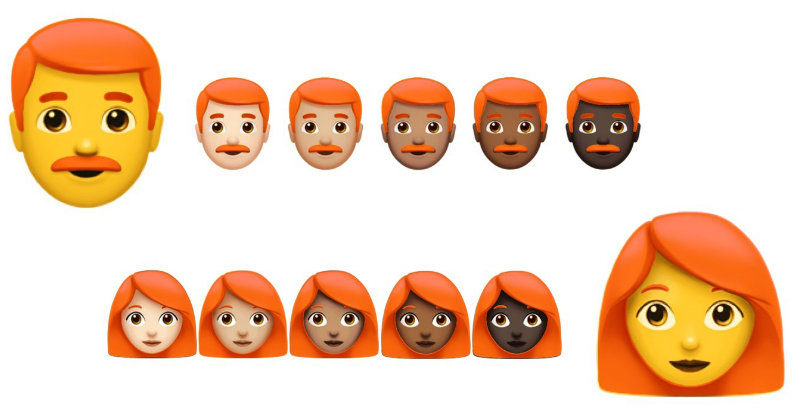 So just as it sounds promising, they add a line with makes it sound a lot less likely.

''With a slim 1-2% of the population having red hair, it's yet to be determined if this would justify every emoji having a redhead version made available.''

But hey, each of us count right?

They add that ''it should be noted no formal decision has been made on whether a redhead emoji should or would be approved at all'' but that a discussion can help to figure it out.

As there is a new Unicode version just around the corner, even if they do decide to make them, it'll be 2018 at the earliest.

Sigh, one day my ginger friends, one day.

popular
QUIZ: How well do you remember 13 Going on 30?
Here are the 10 finalists for this year's Galway Races 'Virtual Best Dressed' competition
Staycation: 5 Irish heritage sites we're absolutely hitting up this summer - and they're all free
Caroline Foran's tips for first-time interior design, when you haven't got a clue where to start
Bleach stain struggles: Here's how to save your clothes from ruin
12 of the best podcasts we listened to during lockdown
Back on the BBQ: Here's a recipe for cooking your pancakes... outside
You may also like
9 months ago
Apple have introduced period and disability emojis in their latest update
1 year ago
Bloody brilliant - a period emoji is coming and it's a glorious day for womankind
1 year ago
A pinching hand emoji is coming, and yeah, we're all thinking the same thing
2 years ago
THIS is the emoji that comes up when you search for 'Ireland' on Insta Stories
2 years ago
Here are the 69 new emojis that will be available on iPhones very soon
2 years ago
Twitter users are hating on Kendall Jenner because of this emoji
Next Page