Ever Wondered What It's Truly Like To Be Gay In Ireland? Here's One Eloquent And Heartwrenching Perspective

The campaigns have begun in earnest ahead of the same-sex marriage referendum on May 22nd, with posters going up and arguments heating up.

However, for many, this is not a hypothetical or ethical argument... it is something acutely personal and close to home.

This post was written by Cork woman Hannah Higgins earlier this week and we think it's definitely worth a read...

END_OF_DOCUMENT_TOKEN_TO_BE_REPLACED

"Until you've soaked your pillow with tears. Until you've fought back words that want to explode from you. Until you've felt your knees shake and your stomach turn when the words finally do come out.

"Until someone calls you a pervert. Until you are told you are not fit to be a parent. Until you fight a civil war of your own conscience. Until you ask yourself "why me?". 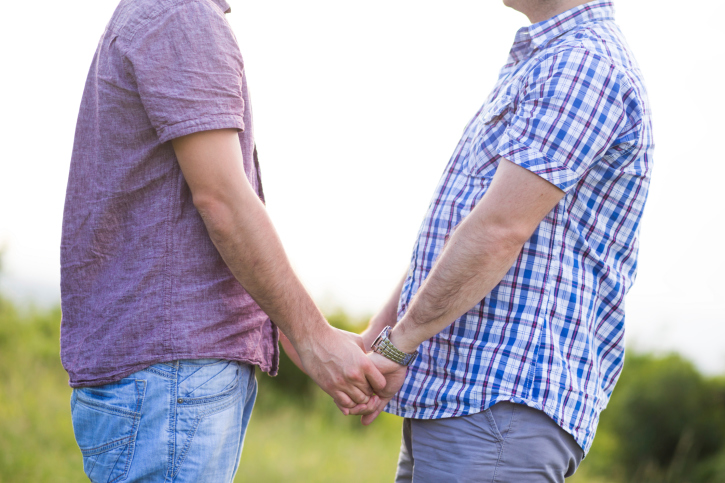 END_OF_DOCUMENT_TOKEN_TO_BE_REPLACED

'Until then, don't willingly play a part of inflicting this on anybody. For the love of God, don't vote no.If this referendum passes, Ireland's gay children are still going to go through all of the above. But I'll tell you one thing, it'll mean the world to know that you and the love you have to give is valued and cherished by our state.

"Friends and family might not accept and protect you, but your country will. Unequivocally. Irrevocably. Equally.Imagine that...

"Most of you will vote yes with me. But if you find yourself in a debate with someone, maybe ask them to walk in our shoes for a day. Ask them to take hypothetical children out of it because that argument is for another day. Ask them to think of us, the actual children of Ireland and the very real situation we find ourselves in.

"REGISTER TO VOTE. ASK EVERY PERSON YOU MEET TO ENSURE THAT THEY ARE REGISTERED.#VoteYes"

popular
Bride asks for divorce day after wedding following groom's disrespectful cake stunt
Molly Mae shuts down backlash over her baby girl's name
Little girl spends 17 hours protecting her baby brother's head under earthquake rubble
Expert team end search for Nicola Bulley declaring she’s not in the water
Emma Pattison made distressed call to her sister before murder-suicide
Brother and sister abducted in March 2022 have been found alive
Natalie Imbruglia's Torn is actually a cover and the original just isn't the same
You may also like
5 days ago
Gary Glitter freed from prison after serving half of 16-year jail term
1 week ago
Man claims to have found infant remains near Bessborough site in the 90s
2 weeks ago
"It interferes with your job": Holly Cairns on the abuse of women in politics
3 weeks ago
Gardaí are reviewing "helpful, new" information in Sophie Toscan du Plantier case
1 month ago
Ireland set to ban "cruel process" of conversion therapy
1 month ago
Brutal details emerge in Bruna Fonseca investigation
Next Page