People made the same joke about Enda after the UK's announcement

Irish people have a similar humour...

The UK will hold a snap general election on June 8 this year, Prime Minister Theresa May announced on Tuesday.

The news comes despite frequent claims by the British Prime Minister that she would not be calling a general election and that the next one should be in 2020 as scheduled. 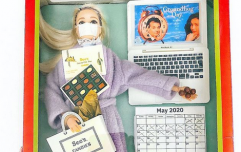 END_OF_DOCUMENT_TOKEN_TO_BE_REPLACED

The Conservatives currently hold a narrow majority in Westminster and May's government have been forced to make a number of concessions recently due to this problem (for them).

It's expected that they will increase their majority in this election and that should strengthen May's position as they face into Brexit negotiations as well as silencing some of the more vocal backbenchers in the party.

But how does this affect Ireland and in particular Enda Kenny's timeline for stepping down as Fine Gael leader and as Taoiseach?

It was widely expected that Kenny would step down as leader of Fine Gael sometime in May but could remain as some kind of ambassador during the Brexit talks.

But a lot of people were making the same joke (maybe it's not a joke...) about Enda Kenny and his plans for the Fine Gael leadership earlier today following Theresa May's announcement.

How long until Enda Kenny says, "with Britain having an election, it would not be a good time now for me to step down...."?

Thought process in Enda Kenny's mind at the moment - "sure with elections in the UK sure I can't be going anywhere soon."

Assuming Enda Kenny will stay as Taoiseach until after the Snap election?!

A snap British General Election! @EndaKennyTD couldn't leave now.. could he? I hazard a guess that events have just extended his tenure.

The happiest Irish man to hear about the british general election @EndaKennyTD . I wonder how @campaignforleo and @simoncoveney feel 😂😂😂

No doubt #EndaKenny will argue he has to wait around until a new #Government is formed in the #UK too. #TheresaMay #GE17 #politics #Brexit pic.twitter.com/Y0YUPI2hsW

Sure, Enda Kenny can't resign now. He'd have to bed in the new UK government for at least a year after their election on June 8th.

Girls With Goals || Her · Ep.151: 'A Story Shared' - Aoife P. Rafter on blogging during a pandemic and living with CF
popular
"I don’t know where I’d be without her:" Paul Mescal chats new girlfriend in candid new interview
Zoe Alexander Says X Factor Made Her Look Like a 'Fool'
QUIZ: Can you guess the TV show from the kitchen?
Nutella have launched their first ever Christmas jumper - and it's v cute
Jade Thirlwall: "Little Mix will literally never die"
AOC weighs in on Harry Styles' Vogue cover, says he looks "bomb"
Singing crowds gather on Grafton Street amid Level 5 restrictions
You may also like
2 weeks ago
Baby Shark has just become the most watched YouTube video EVER
1 month ago
Forget coffee – whipped strawberry milk the new viral drink trend your life needs
2 months ago
"Cancel Netflix" trending after new movie that "sexualises children"
5 months ago
Here's how to make a vegan 'fried egg', according to an Australian food blogger
8 months ago
The Duchess of Cambridge has revealed Prince Louis' favourite song (and it's a classic)
9 months ago
A postpartum ad has been banned from the Oscars this year
Next Page