The goal is not orgasm, but rather closeness and connection with your partner.

In the past few years, column inches of publications around the world have been dedicated to exploring the concept of Karezza, which many have dubbed the 'hygge of sex'.

Equating this type of 'slow sex' to the Danish concept of coziness, may be helpful in terms of a handy analogy, but it's also important to note that there is so much more to Karezza than this quick comparison suggests.

END_OF_DOCUMENT_TOKEN_TO_BE_REPLACED

But what exactly is Karezza, and why is it so popular?

Well, according to Healthline, Karezza comes from the Italian carezza, which translates quite literally to the word caress, which is fitting. Karezza is defined by gentleness and affection, and the emphasis is on reaching a "relaxed union" with your partner, rather than just achieving orgasm. 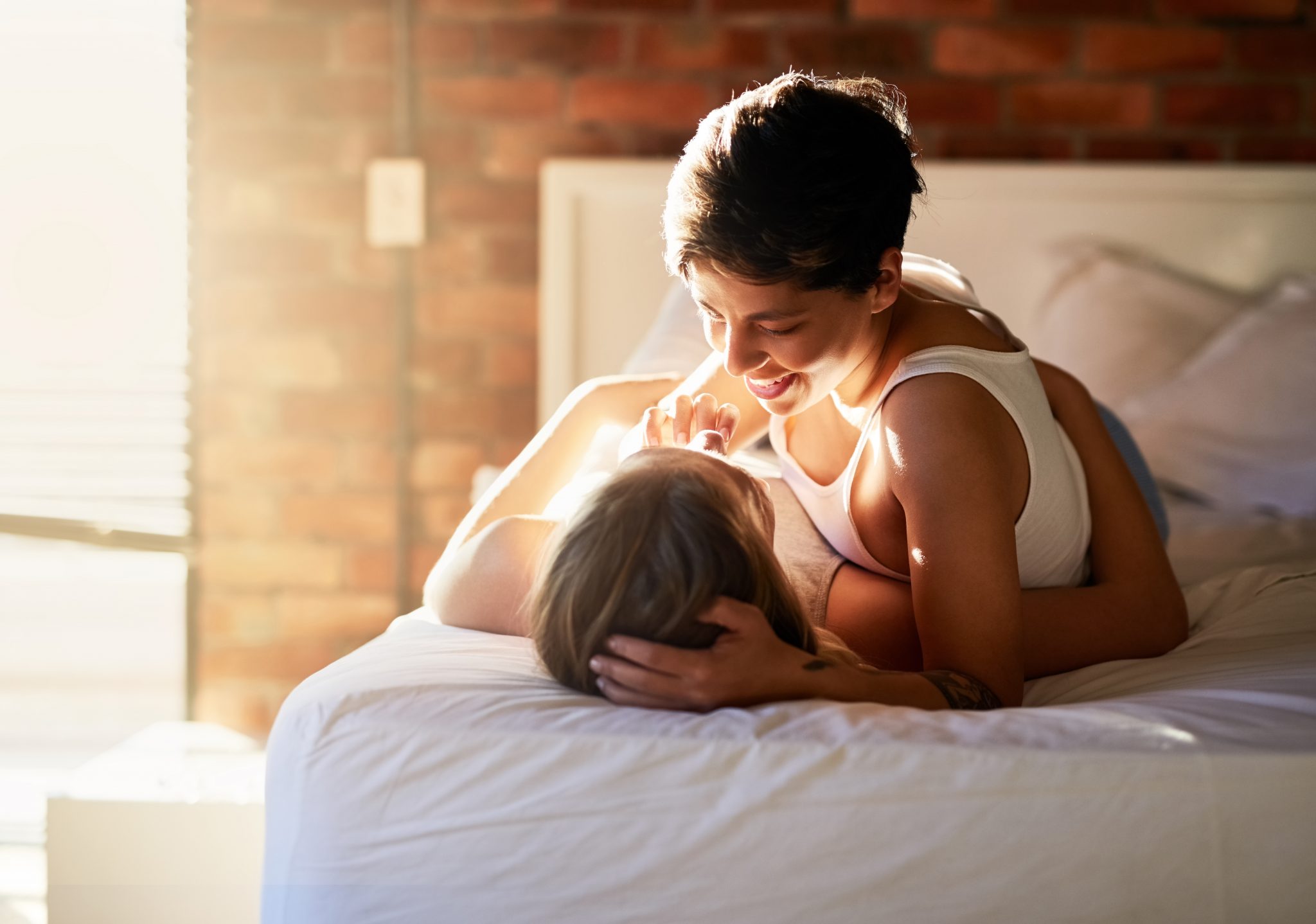 While sex columnists have been exploring Karezza over the last few years the practice is really nothing new. In 1931, sex theorist J. William Lloyd wrote an entire book - The Kerazza Method - dedicated to the practice. He credited Alice B. Stockham, a doctor, with coining the term, but the Oneida Community, a religious commune founded in New Orleans in 1848, practiced this type of sex. It is also similar some Taoist sexual practices and Indian Tantra.

END_OF_DOCUMENT_TOKEN_TO_BE_REPLACED

Mechanically speaking, the goal of Karezza, is to remain in the plateau phase of intercourse for as long as possible - this is the part of sex before orgasm - with the intention of bringing you and your partner closer. Caressing, affectionate looks and affirming words also characterise Karezza.

In terms of benefits, the act of physical closeness and affection increases the body's oxytocin, or the happiness hormone.

While it's likely that humans have been practicing some form of Karezza since the beginning of time, its recent resurgence in popular media may reflect the general shift away from orgasm being the sole focus of sex.

END_OF_DOCUMENT_TOKEN_TO_BE_REPLACED

Irish holistic sex therapist Jenny Keane, for instance, has written on how removing the goal of orgasm can result in better sex.

In a post on Instagram, she wrote: "When we believe that orgasms are a part of a 'successful' sexual experience, solo or in partnership, we are more likely to be focused on the 'end goal' of any intimate encounter rather than on the complete experience of pleasure."

She later writes: "When you throw the imaginary goals out of the window, you create a lightness and space of genuine self-discovery."

Indeed, an approach to sex that doesn't centre upon orgasm allows sex to be viewed from a wider perspective, and can, in the end lead to a closer bond, increased intimacy and more pleasure.