"He asked if I offered any extras. I didn't reply, and then he came back asking if I offered naked coaching."

A personal trainer from London has shared some of the creepy messages she receives from men on social media.

Lauren Hatton, 26, has been involved in the fitness industry for five years. Working on the gym floor, and these days online, she has seen the best and worst behaviour imaginable. 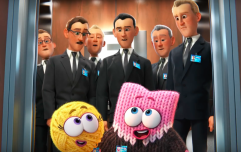 END_OF_DOCUMENT_TOKEN_TO_BE_REPLACED

Last week, what started out as an innocuous exchange on her personal training platform soon took an offensive turn.

"I received a friend request to my business account, which I accepted as people often enquire about online coaching.

"He looked like a normal guy and asked about personal training. I told him I wasn't offering anything until gyms reopened, which is when he messaged me on my personal account.

"He was persistent - it felt like he was harassing me online." 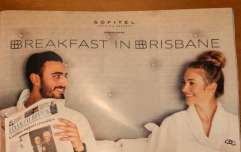 END_OF_DOCUMENT_TOKEN_TO_BE_REPLACED

"I told him how much my plans would cost, and what they would entail. He said he wanted to start as soon as possible.

"He then said 'Are you married?' which was a very personal question. I thought, 'Why would you need to ask me that?'

"Then he asked if I offered any extras. I didn't reply, and then he came back asking if I offered naked coaching." 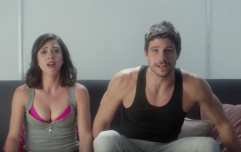 Knickers that vibrate every time a World Cup goal is scored exist and, ugh

END_OF_DOCUMENT_TOKEN_TO_BE_REPLACED

"I was surprised at first. I was just trying to do my job and it felt violating to get those messages."

The fact he found her personal profile was even more concerning.

"It was worrying. Was he trying to do more or find out my location?

"I have brothers and they've taught me to never put my exact location on social media. So, I just say I'm London-based."

And it wasn't just the messages that Lauren found disturbing. When she reposted them to her Instagram story, she was surprised by the disparity in the replies she received.

"Do you know what was really sad? The majority of women that responded were horrified. But the majority of men laughed, mocked it and sent messages like 'Did you not take it? Has he not offered you enough money?'"

"I've put a post up on my pages saying I'll only respond to potential fitness clients, and this is because I get so many messages from men saying things like 'You're fit as f**k', which is really aggressive.

"Another guy out of nowhere said 'You've got lovely feet. Show me your feet'. And kept sending the same message again and again until I blocked him."

She has also experienced similar behaviour in her time spent on the gym floor. Both Lauren and her twin sister Robyn have competed in bodybuilding.

"There was a guy who was using the machine next to me. He kept positioning his phone sideways which made it obvious he was taking pictures of me.

"I told the duty manager he was taking photos of me, and possibly other girls, and he was eventually banned.

Problematic behaviour in the gym extends to intimidation, too.

"I have nieces who just don't go to the gym because they don't like it. They think it's full of men going around in groups.

"I've had men point and stare at me like that, it makes you feel inferior - like you're just an object.

"Some guys will hover over you in the weights area as well, as if to say 'You shouldn't be here if you're not built like a brick s**thouse.'"

Lauren is now asking men to reconsider the way they treat women, both online and in the gym.

"I think it's about being conscious of your actions and your words. It's not about being over the top with it, but just having manners.

"Don't approach people and tell them they're doing an exercise wrong first. It's about consent.

"Just treat women how you would want your daughters, sisters and mum to be treated."

popular
Claire Byrne Live viewers in shock as woman shares family DNA secret
Derry Girls creator shares three more storylines that never made it into the show
Gogglebox fans show an outpour of support for star after hospital picture
Two youths found guilty of violent disorder after girl pushed under DART
Man behind Marilyn Monroe dress says letting Kim Kardashian wear it was a "big mistake"
Saoírse Ruane's family "so grateful" after surgery goes as planned
Lesbian couple attacked in Dublin thank public for support
You may also like
2 months ago
Japanese schools ban ponytails for girls as it may sexually excite male students
2 months ago
Male podcaster says women don't have hobbies - and, no. Just no
2 months ago
Cameron Diaz on "heavy" misogyny in the film industry and downsides of fame
2 months ago
Sydney Sweeney calls out "double standard" when it comes to women filming nude scenes
7 months ago
It seems Dominic Raab doesn't know the definition of 'misogyny'
9 months ago
Handball chiefs urged to resign over 'blatant sexism' of bikini bottoms rule
Next Page