Parents who feed their children 'inadequate' diets could face jail sentences of up to four years in Italy.

The new legislation has been proposed by Elvira Savino, of the Forza Italia party, in light of a number of cases in Italy where children were found to be malnourished after their parents fed them a strict vegan diet.

Savino says that, while many people in Italy believe vegetarian and vegan diets are the healthier choice, without careful supervision they can leave teenagers and children "deficient in zinc, iron, vitamin D, vitamin B12 and omega-3".

“There is no objection if the person making this choice is an informed adult. A problem arises when children are involved.” she says. 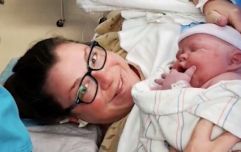 END_OF_DOCUMENT_TOKEN_TO_BE_REPLACED

Savino wants to see parents punished when their children become ill and her proposed law aims to “stigmatise the reckless and dangerous eating behaviour imposed by parents ... to the detriment of minors”, according to Italian newspaper La Repubblica.

Parents and carers who are found to be insufficiently nourishing a child would face one year in prison, with further jail time threatened if the child is aged under three-years-old.

Last month a one-year-old boy was taken into care in Milan after he was found to weight just 5kg. Earlier this summer a strict vegan diet left a two-year-old girl in hospital suffering malnutrition in Genoa.

Last year an Italian court ruled that a mother who had been feeding her son a macrobiotic diet must serve him meat at least once a week.

The HSE recommends that children raised in vegetarian households eat a balanced diet rich in pulses, such as peas, lentils and beans, milk and milk products, such as yoghurt and cheese, eggs, soya foods, such as hummus or tofu and Quorn, which is a source of protein that can be used instead of meat.

popular
Late Late Show viewers are not happy with Ryan's questions for Billy Connolly
10 items from Zara for the perfect autumn capsule wardrobe
15 brilliant stocking fillers we are picking up from Penneys before they sell out
9 of the best horror movies on Netflix this Halloween
You fans are convinced Joe Goldberg is secretly Gossip Girl
Dublin bridal shop donates their dresses to Barnardos every year
Goodbye, clutter: This 30-day challenge will help organise your entire life in one month
You may also like
3 days ago
CONFIRMED: Nightclubs to open at 100% capacity, 11.30pm curfew has been removed
3 days ago
At least seven bodies have been found in search for Brian Laundrie
5 days ago
70-year-old woman reportedly becomes first-time mum after welcoming baby boy
1 week ago
Man charged over death of woman shot by toddler during work Zoom call
1 week ago
Influencer charged with drugs trafficking after trying to board Dubai flight with cocaine
2 weeks ago
A March for Maternity protest is happening at the Dáil tomorrow
Next Page