Goop's sell-out vagina candle meets competition from one that apparently, 'smells like my penis'

A headline I wasn't expecting to write, ever.

It looks like budding entrepreneurs are focusing in on the genital-themed candle craze following the success of Gwyneth Paltrow's latest Goop product that apparently, smells like her vagina.

The candle which went for sale on her wellness and lifestyle site sold out faster than you can say "sorry, what?", with everyone dropping 75 big bucks to get their hands on the scented product. 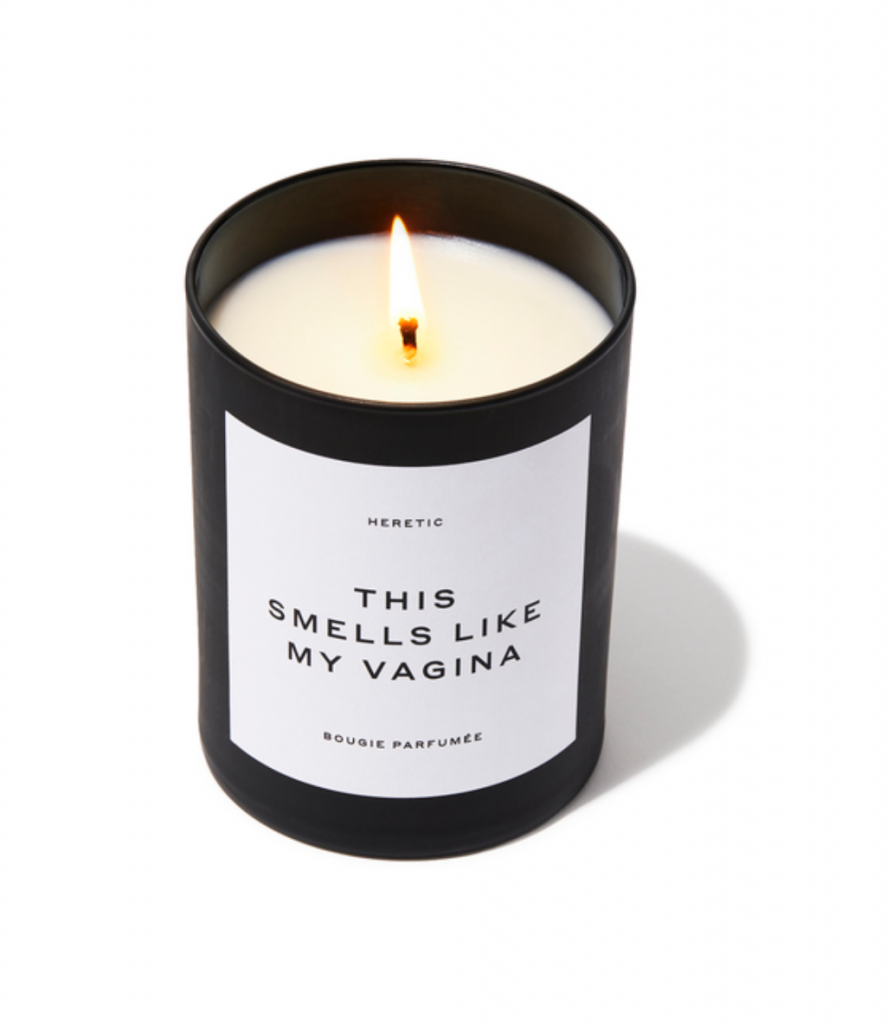 END_OF_DOCUMENT_TOKEN_TO_BE_REPLACED

But it looks like her niche market is now being met with competition as a candle that apparently "smells like my penis" is trending.

Now, it doesn't say who's penis the candle is supposed to smell like nor does it even give a list of ingredients but, the candle will reportedly set you back $100, making it more expensive than the vagina candle - the point they want to make.

Apparently, the candle is to highlight the gender pay gap between men and women. 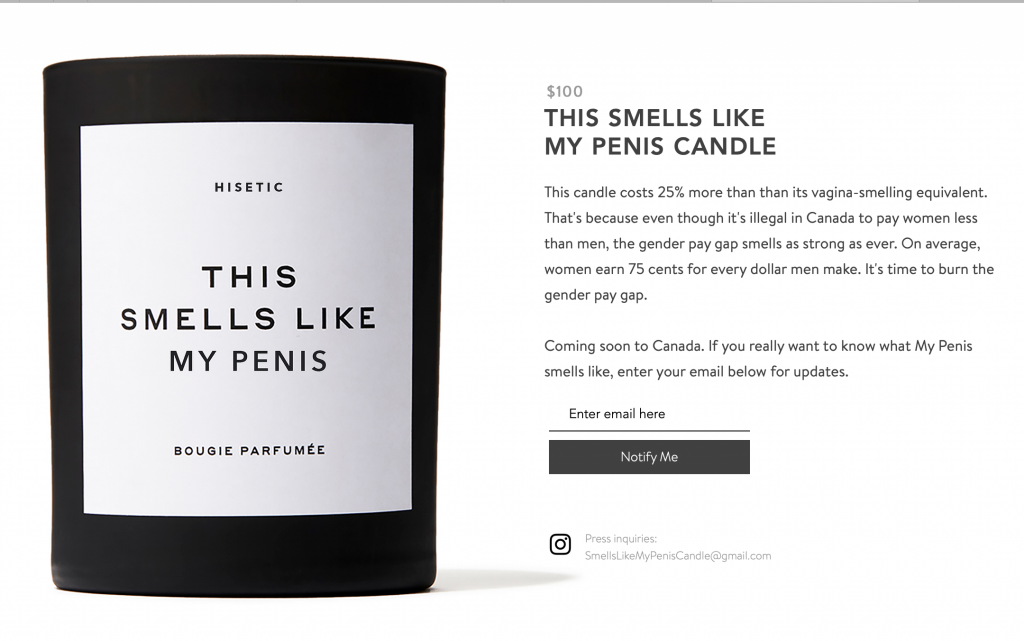 "This Smells Like My Penis candle costs $100 – that’s 25% more than its vagina-scented equivalent," the packaging reads.

"That’s because even though it’s illegal in Canada to pay women less than men, the gender pay gap smells as strong as ever. ‘On average, women earn 75 cents for every dollar men make," it continues.

Finally, the candle reads that it's time to burn the pay gap. 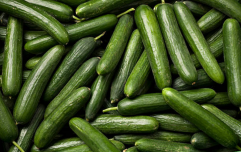 END_OF_DOCUMENT_TOKEN_TO_BE_REPLACED

The candle's website also has an email signup to be notified of further information however, we're not sure if that's to do with the pay gap or the penis candle's sales, or both.

Either way, it's a clever marketing tool and we hat tip to the creator, we're just eager to know more.

popular
Looks like Maura Higgins knew Molly-Mae's baby name this whole time
Here's why Nicola Peltz-Beckham's family are suing her wedding planners
Tommy Fury responds to Jake Paul ruining his baby news
Love Island's Zara speaks out after being dumped from the villa
Chrishell Stause faced "unbelievable" trolling for relationship with G-Flip
Wayne Lineker called out for comment on Tommy and Molly-Mae's baby news
Bachelor Nation star Sarah Herron's baby passes away shortly after birth
You may also like
4 years ago
People think Sephora's new beauty blender looks like a penis and yeah OK, fair
4 years ago
This man (purposely) got his penis stuck in a train door and we're asking 'WTF?'
5 years ago
US Navy admits one of their pilots drew a large penis in the sky
5 years ago
So it seems that most men manscape (and the reason why is unsurprising)
6 years ago
New study shows the average erect penis size around the world
6 years ago
A snake pretty much bit off this guy's penis when he was sitting on the toilet
Next Page