In a chilling series of prison letters, Graham Dwyer has described the murder of Elaine O' Hara as "50 Shades Of Graham".

The convicted murderer is currently serving a life sentence for the crime, but boasts in the letters that he will soon be released on appeal.

In correspondence with a British student, the 43-year-old wrote: 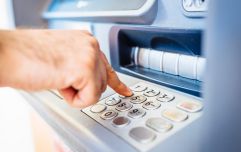 END_OF_DOCUMENT_TOKEN_TO_BE_REPLACED

"There won't be any evidence of any crimes, as I didn't commit any! Just extreme sex stuff that shocked the journalists and jury!

Referring to state pathologist Dr. Marie Cassidy, who previously said she believed he would receive a non-guilty verdict, he wrote:

"I will buy Dr Cassidy a pint and take you out to celebrate!! He he."

He invited the young au pair to come to his appeal, writing: "You can come along and I will blow you a kiss! Ha! The judge will love that!!!

"I will get a date for next year [2016] but I need my computer first! If it was submitted now, I would expect to get a date around April '16 but given the way things are going, maybe a few months after."

The father-of-three was found guilty last March of murdering childcare assistant Ms O’Hara, who had a mental illness.