If you are a die-hard Harry Potter fan (I see you!), you might be well aware that the official International Harry Potter Day is today, May 2nd.

Yep – there is an actual day dedicated to all things Harry Potter, and as it happens, it was declared so by none other than Britain’s at-the-time Prime Minister David Cameron back in 2012. 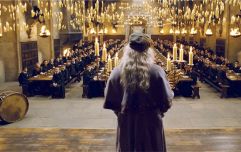 You and your partner can now spend Valentine's Day at Hogwarts

END_OF_DOCUMENT_TOKEN_TO_BE_REPLACED

Author J. K. Rowling’s literary series had a significant impact and holds the Guinness World Record as the highest-selling series by a single author at over 500 million copies sold.

Why May 2? The Battle of Hogwarts was fought on this date in 1998. The final conflict of the Second Wizarding War took place at the Hogwarts School of Witchcraft and Wizardry. The Order of the Phoenix proved victorious, ending the most devastating battle of that war and resulting in numerous casualties, most notably (spoiler alert!) Lord Voldemort.

And so if you are due on – or in around – this date, and you consider yourself a true 'Potterhead' – why not think about choosing some witch and wizard baby names for your little one? 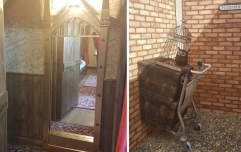 END_OF_DOCUMENT_TOKEN_TO_BE_REPLACED

There are just so many Harry Potter themed names for boys and girls that you could use, and here are some of our favourite ones:

The boy who lived himself. The name 'Harry' means ‘protector’ and ‘army commander’ – which, you know, is fitting seeing as he builds up an army to fight he who must not be named. 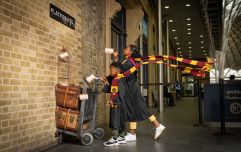 END_OF_DOCUMENT_TOKEN_TO_BE_REPLACED

As Harry's best friend, Hermonie is one of the main characters in the Harry Potter books and movies, and the name itself means ‘well-born’.

Albus Dumbledore is the headmaster of Hogwarts, and one of the most well-loved characters in the series. The name itself means ‘white’ or ‘bright.'

Emmeline is one of the members of the Order of the Phoenix, and the name comes from French and is said to mean 'hardworking.’

Yes, he is a bad guy – and Harry's sworn nemesis, but the name? We kind of love it – and it literally means 'dragon' so how cool is that?

Harry Potter’s mother – who sacrificed herself trying to save her only child – is called Lily.

Severus Snape is one of the teachers at Hogwarts – and rather fittingly, the name means ‘stern’.

Luna Lovegood is a friend of Harry, Ron and Hermonie. She is quirky and eccentric, and the name Luna, which actually means 'moon' has gained immense popularity since the release of the films and books.

Neville is a French name originally, meaning 'new town,' and in the Harry Potter books, we meet Neville as a shy and clumsy boy, who later grows into a strong and courageous man.

Madam Poppy Pomfrey was a witch and the matron at Hogwarts School of Witchcraft and Wizardry.

Fleur Delacour is a French witch who as a student comes to Hogwarts to compete in the Triwizard Tournament.