Her Story: "The Heartbreak That Alzheimer's Causes Is Something I'll Never Forget"

It seems like an entirely different world when you open up your old, worn-around-the-edges photograph albums. They contain almost every step of your life, every memory worth conserving and every person you have ever loved.

Those images have the power to transport you back in time to an, often distant, moment in your life. This can make you laugh in an instant or reduce you to tears for hours.

When I look back at photographs of my grandmother, Harriet (my father’s mother), I experience a mixture of joy at the moment captured in the 6x4 frame but sorrow about the life that passed, and to a greater extent, in the way it did. 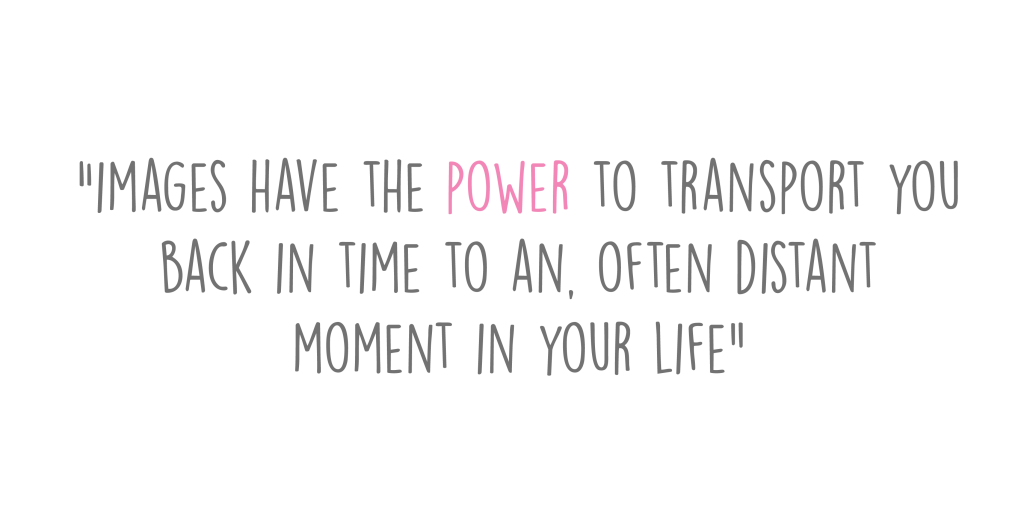 END_OF_DOCUMENT_TOKEN_TO_BE_REPLACED

“You are my Sunshine”

When I was child I loved visiting Harriet. She let my brother and I raid her cupboards looking for toys and funny clothes from the 1980s. I always aimed for her jewellery box with her pearl necklaces and the silver charm bracelet I was too scared to touch but simply wanted to look at. The family spent spring days playing mini cricket in the small back garden and every Christmas Eve the whole family swapped presents in the good room filled with large wooden dressers. Then on Christmas Day Harriet came to our house for dinner and stayed the night.

The summer holidays were my favourite time of the year. My family, including Harriet, went to France with the caravan in tow for a touring holiday. We stayed in various campsites during a two-week period trying everything from the multi-coloured peddle boats to child-sized quad bikes. I loved these holidays, especially because Harriet was there. She kept my brother and I amused while my parents cooked dinner in the cramped confines of the caravan. We all played card games into the night and then when I could not sleep from the excitement, Harriet would sing You are my Sunshine until I fell asleep beside her. This has to be one of my best memories. 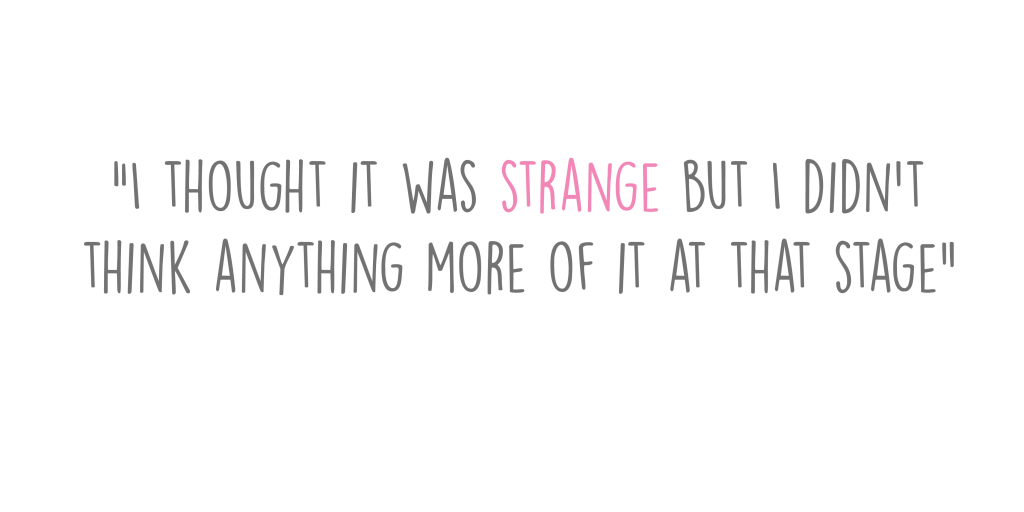 END_OF_DOCUMENT_TOKEN_TO_BE_REPLACED

I was about ten when I noticed small things about Harriet that had started to change. She seemed to lose a little bit of her sparkle with her renditions of Danny Boy becoming mumbled and short as if she no longer remembered the song. I thought it was strange but I didn’t think anything more of it at that stage.

It soon became clear that something more serious was wrong. One day the family went up to visit Harriet. It was an unplanned visit so we weren’t sure that she would be in. My dad and I knocked on the front door as mum and my brother waited in the car at the side of the road. Harriet opened the door and stared at dad for a moment before glancing at me and then returning her stare to dad. It was a look of unfamiliarity and strangeness. It was not until dad said who we were that Harriet snapped out of her daze and invited us into the house. For the remainder of the day she acted as usual, complaining about the television programme she was watching. This particular one was about the Titanic: “That’s not how it happened,” she said. That day, with that moment of utter detachment and the blank expression on her face, changed everything. I could not ignore the fact that when Harriet opened the door to us, she didn’t know who we were. 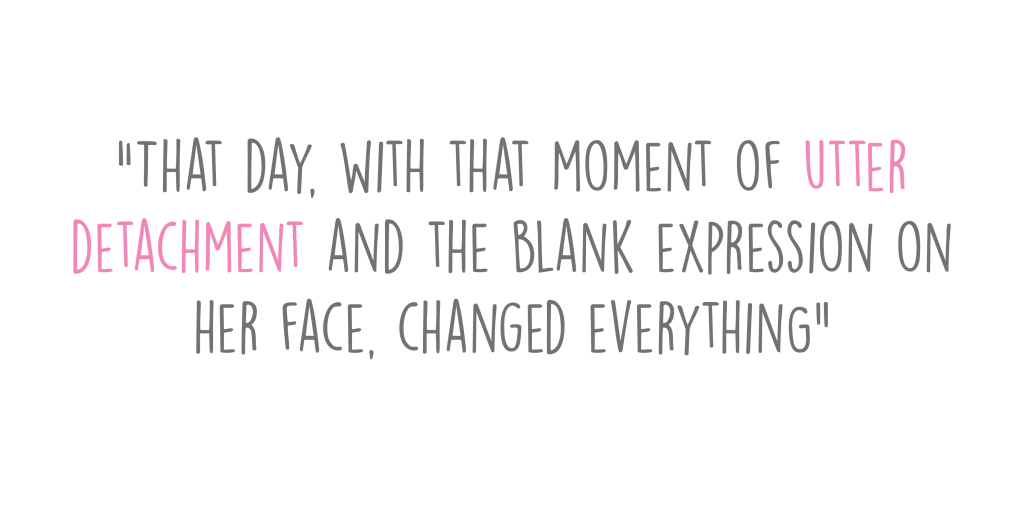 Unknown to me then, this was the beginning of a heartbreaking downward spiral. It was discovered that Harriet was showing the first signs of Alzheimer’s, a condition that destroys nerve cells in the brain making it difficult for the sufferer to remember and function. There are medications aimed at slowing this process down but there is currently no cure.

Events unravelled quickly after this revelation. In a matter of months Harriet could no longer live by herself and was moved into a nursing home in order to receive the 24-hour care and treatment she required. There were no more Christmases at our house, no more songs and certainly no more holidays. Circumstances had irreversibly changed. These things I could accept because I understood the reason but what I found hard to come to terms with was the fact that Harriet the person, my grandmother, had also changed. 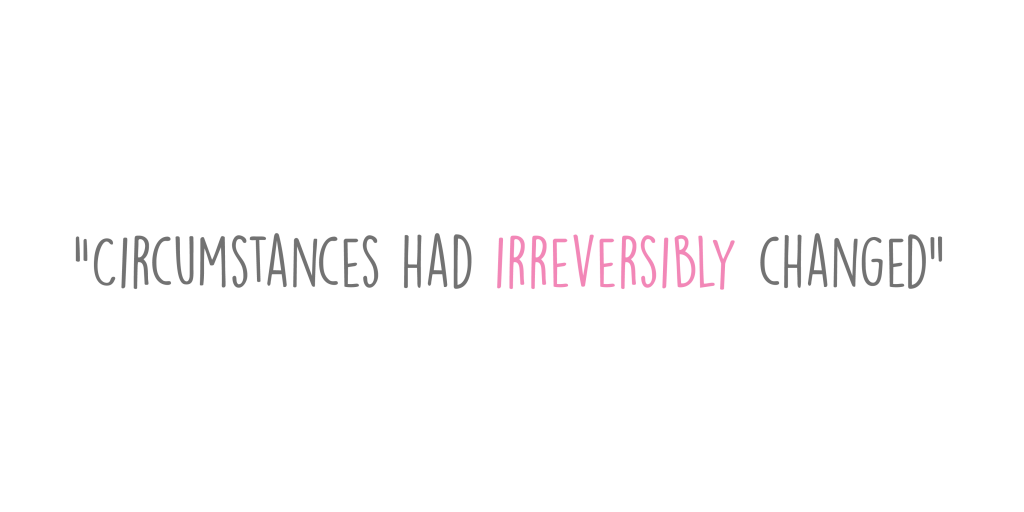 The first time we visited Harriet in the nursing home was surreal because I wasn’t used to this place with other elderly people walking around with other families and strange carers administering medication at regular intervals. The second visit was absolutely terrifying. I remember Harriet sitting in her room alone surrounded by photographs of people she no longer recognised and listening to conversations she no longer followed. Every time she seemed to remember something or someone, this glimpse of hope was quickly extinguished as she lapsed back into complete ignorance. This was the hardest, most frustrating thing. I hardly spoke that day through fear that it would upset Harriet, my dad or more likely myself. I simply stood at the door watching a person I no longer recognised. 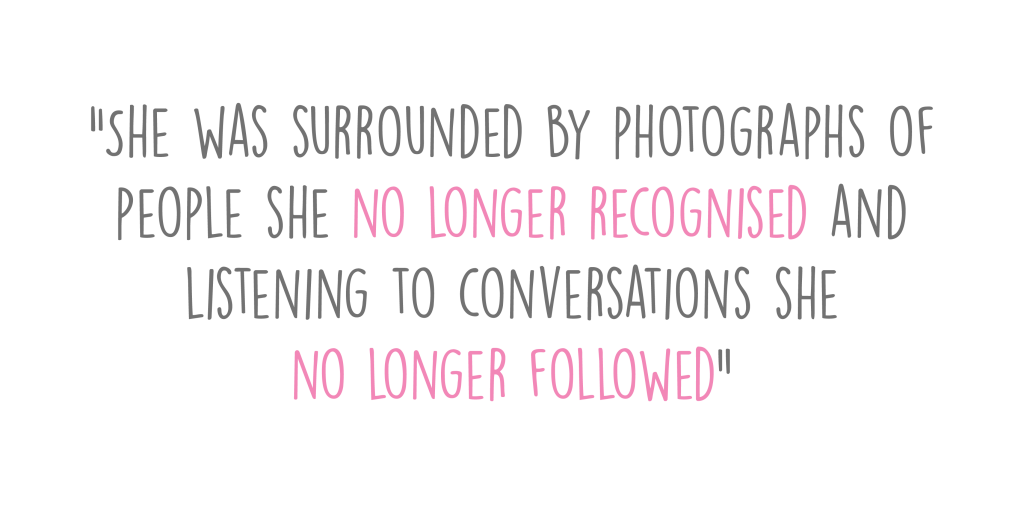 I never saw Harriet alive again. She was in the nursing home for almost a year and my parents thought it would be better for my brother and I not to see her deteriorate any further. I never said it but I was thankful for this and as much as I missed Harriet during that time I know I would have been too weak and too young to deal with the slow, painful process which took her memory and her whole being.

“She was taken from us long ago”

Harriet passed away on April 7th, 2003. Although everyone knew what was coming, it did not erase the pain when the news came through via telephone. My parents were quiet, my brother was mad and I simply couldn’t get my head around it. This was the first loss I had ever experienced in my life and I couldn’t understand why someone like Harriet was taken. I hated having to get an outfit for her funeral. It seemed wrong to buy clothes for such a sad occasion. 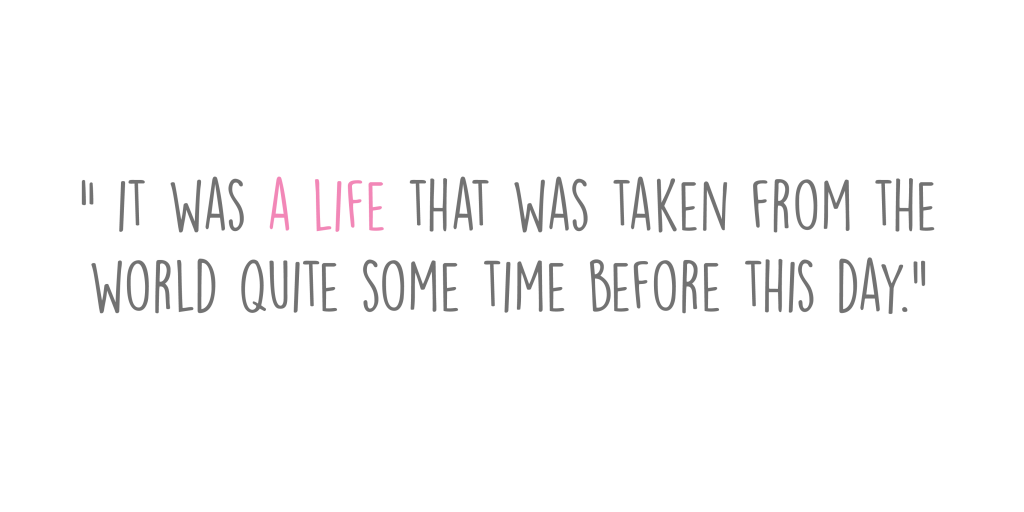 Traditionally a funeral is an opportunity to say goodbye to a loved one. Harriet’s however marked the passing of a physical presence because, as my dad said standing in front the congregation, it was “a life that was taken from the world quite some time before this day.” After the funeral we spread Harriet’s ashes in the places she loved in her life.

It was not until I got home that I actually shed a tear. I cried for days listening to a song called Heaven is a Place Nearby. A week later the chore of sorting out her possessions began. I received her wedding band which I still have contained in the Donald Duck handbag Harriet bought me to cheer me up when I split my chin open on one of our holidays.

“It was for the best”

Twelve years have passed since Harriet’s death. I came to terms long ago with the fact that that fate was the best thing for her. As much as those around her suffered watching, she was the one who suffered the illness and I would rather her be gone than be frightened by an unfamiliar world. I cannot imagine what it must have been like for her in those last few months.

When I look at photographs now of Harriet from years ago, I do see a completely different person from a distant moment in my life. I am thankful for that because the most recent version of Harriet was not her at all. So every time I see a picture of her or every time I hear You are my Sunshine I do not think of that Harriet but rather the one who was kind and strong yet stubborn, the one who put her family before all else, the one who went on holidays and would sing to me when I couldn’t sleep: Harriet before Alzheimer’s took her sunshine away.

The Alzheimer Society of Ireland is running its annual Alzheimer's Tea Day on Thursday 5 May. Last year the events around the country raised €400,000. All profits go directly to services which support people living with dementia in your local area. If you'd like to host a Tea Day at home, in your workplace or at school, simply register for your Alzheimer's Tea Day pack here. For more information click here. 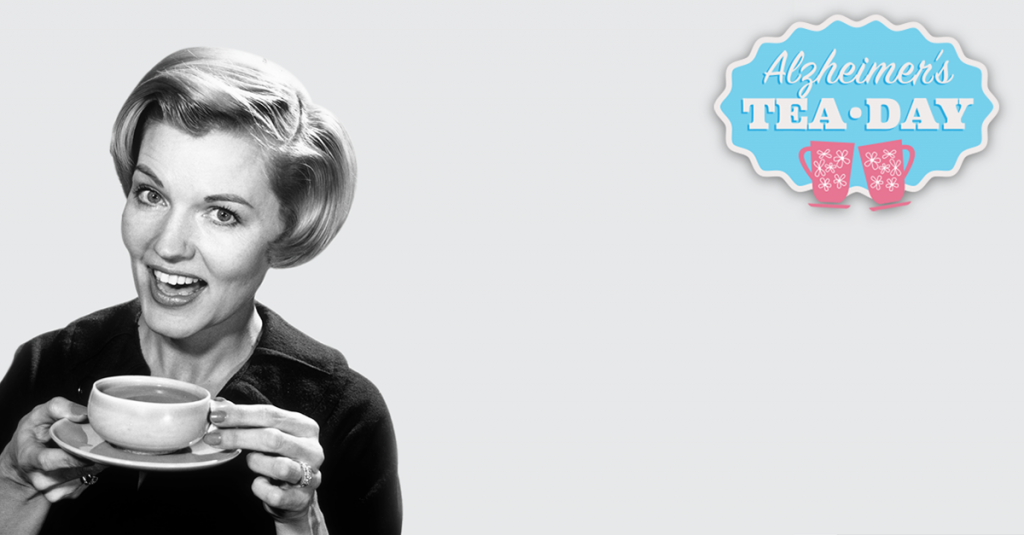 popular
Simon Harris gives three urgent options for easing restrictions next week
Tributes paid to Limerick based blogger and model Patrick McLoughney
This is how much 91-year-old Queen Elizabeth drinks every day
Husband of world champion runner Agnes Tirop arrested over death
Another Strictly star has pulled out of the live show
The First Quadrillionaire? Paypal Accidentally Gives Man $92 Quadrillion
Not going anywhere: Baby names set to stay popular for the next decade
You may also like
3 days ago
Dublin bakery introduces 15c paper bag levy to tackle waste
4 weeks ago
California is set to outlaw nonconsensual condom removal - and rightly so
1 month ago
Terminally ill Mayo woman "disgusted" with Irish healthcare system
1 month ago
NHS guidance suggests pregnant women "make a fuss" of their partners at 22 weeks
1 month ago
Cork's Metropole Hotel is a touch of glamour in the Victorian Quarter
1 month ago
"I don't feel ready for restrictions to end, and I don't know why"
Next Page