Holly Cairns never thought she'd get into politics. In fact, she didn't think she was politically engaged at all.

The only female TD for Cork City, Holly has been all over Irish Twitter since she took her seat in Dáil - in a uniquely and really quite rare good way. 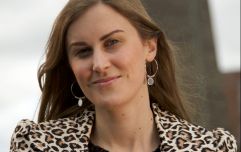 END_OF_DOCUMENT_TOKEN_TO_BE_REPLACED

Impassioned speeches, progressive politics, and students informing her that they want to be the first female Taoiseach; Holly is engaged, and she's ensuring that the young girls looking up to her are too.

"There's that saying: you have to see it to be it," she tells Her. "I think I have had an impact that way."

Holly became politically engaged the same way a lot of young Irish people do: through direct action. The first time she canvassed door-to-door was in 2011 for David Norris' Presidential campaign, and the last was for her own seat in the Dáil during the 2020 General Election.

In between she knocked on doors during the campaign to repeal the Eighth Amendment. At the time she didn't think she was being politically engaged; abortion rights was a social issue, just like the marriage referendum before it. The overlap, however, is obvious to her now. 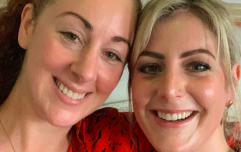 END_OF_DOCUMENT_TOKEN_TO_BE_REPLACED

"I started realising there's such a strong correlation between knocking on doors and asking for votes and seeing real positive change," she says. "I found that really motivating. I was very much a swing voter, my dad's side of the family would be Fianna Fáil and my mum's were Fine Gael, but I wanted to find a party that aligned with my views.

"One of the most important things we should be aware of is not inheriting our vote. That's not to say that I wouldn't have went with one of those parties, but when I really decided to look into each one, what their policies are and how they operate, then I made a decision." 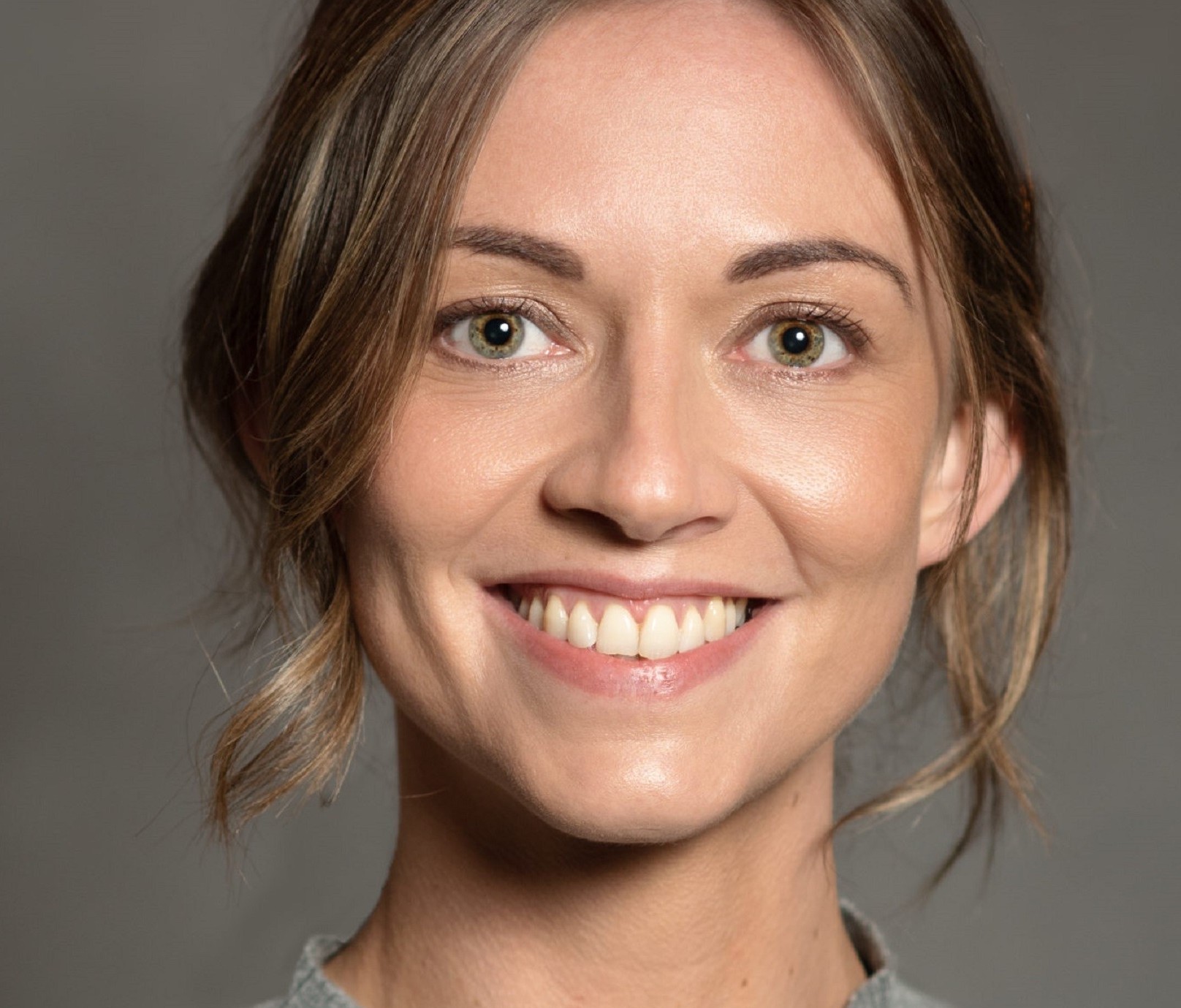 Holly set up the Social Democrats branch for Cork South-West with two women she met on the Repeal canvassing trail in 2019, and when the time for local elections came around she put her name on the ballot. Not expecting much of a response, she took the council seat - by just one vote. 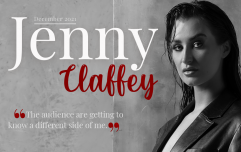 Jenny Claffey: "I was known for this very specific brand, did anyone want to listen to me on my own?"

END_OF_DOCUMENT_TOKEN_TO_BE_REPLACED

"We didn't really think we'd have a chance," she says, "but the more doors I knocked on and the more people we spoke to showed differently.

"The presumption that everyone in rural Ireland is conservative by default is insulting, but also completely untrue. Just because we're from a rural area doesn't mean that we can't engage in meaningful debate or understand facts and reason.

"Then it wasn't long before the General Election came around. I put my name on the ticket and we took that seat too."

Since then, Holly has made her presence in government known. Viral TikTok videos, a strong social media presence, and an even stronger focus on issues particularly pertaining to Irish women, the 31 year old has laid bare the gaps in Ireland's political representation and the unfortunate fallout of its insularity.

Following the recent release of the report into Ireland's Mother and Baby Homes, Holly told the Dáil that during her time canvassing for Repeal, she met countless women who had seen friends, family members, and neighbours disappear after becoming pregnant. Later, she told of the many, many survivors who had contacted her to tell their stories and seek adequate redress.

It's not hard to hear their stories, she says, but it is affecting. "It's impossible to push personal feelings aside and to not feel real sympathy and anger," she says. "The scale and impact that these institutions, the State. and Church have had on so many thousands of women and their families is like no other.

"The institutional abuse in Ireland has been the worst thing I've come to know about. I feel lucky and privileged to have a platform to echo some of the things that aren't been echoed enough in Leinster House, but something I've always been quite frustrated by is the lack of meaningful action to provide justice for these people."

Holly points to recent legislation passed to seal survivors' records for 30 years, and the narrow scope of the commission itself, as examples of failures to provide real justice to the women and children who lived in these homes. 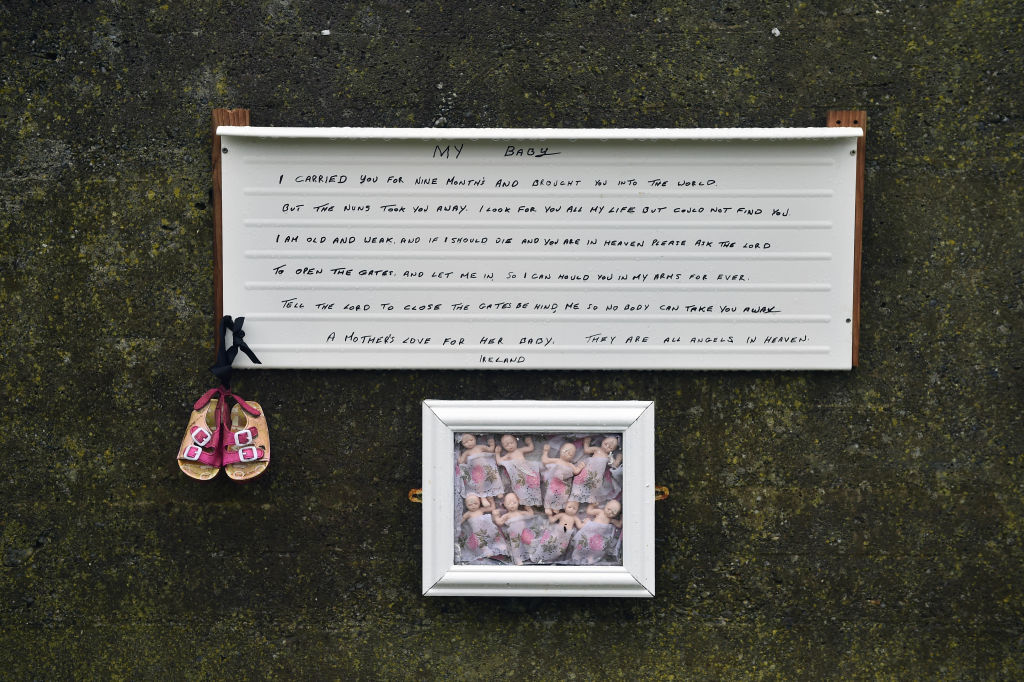 "We always see a State apology," she says, "a promise to provide redress. And yet no real justice is ever provided to the survivors to the worst kinds of institutional abuse.

Micheál Martin's apology spoke of the failings of a State focused too keenly on the teachings of the church, and an inability to provide support and care to those who needed it most. Although welcome by some, the apology was also criticised for its focus on Irish society, a partial imparting of blame onto a people rather than the State itself.

"I don't believe that society did this," says Holly. "The Church and the State were in control of that society. If society had the pull and sway that the Taoiseach says it does, the government would be behaving very differently because society wants real justice for these people.

"For decades we've seen men in positions of power telling women what's best for them and not even consulting them or checking with them after. The State should be asking for forgiveness and then asking survivors what they need. They're still telling these people what's best for them, and that's how we got here in the first place."

Where gender disparity is visible inside the Dáil, it is also apparent outside of it. As is misogyny and sexism. For years women in politics have been subjected to comments about their appearance, questions about their family life, and queries about their qualifications, which oftentimes match and even surpass that of their male counterparts.

During her time in the Dáil, Holly has been no stranger to such behaviour. Her gender, her personality, and her personal relationships have all been scrutinised. It is, she says, part of the job. And so is learning to not take it personally.

"Politicians across the political spectrum get plenty of abuse," she says. "I don't let it get to me, it's important not to. But it's important to call it out too."

Last year Irish Greyhound Board member Wayne McCarthy dubbed Holly an "ignorant little girl" after she called for €2 million extra in greyhound racing funding to be placed elsewhere. Her response, in which she asked McCarthy to debate the issue on live television, quickly went viral.

"I challenged him to a debate because all he had done was challenge my personality and pointed out my gender," says Holly. "He hadn't actually responded to any of the facts about the industry. When that went viral, it was nice to see people standing up everyday sexism. We don't enjoy having to call it out but it needs to be done."

It's not just female TDs who are affected by sexism in the Dáil. Ireland's struggle to achieve gender balance in politics has led to a significant lack of women in decision making positions, a problem that has only become more prevalent amidst the coronavirus pandemic.

Childcare concerns, isolating maternity hospital restrictions, and a lack of refuge space for the many victims of domestic abuse during lockdown: all issues relating to women, all issues that Holly says have a tendency to be overlooked by the current Cabinet.

"I remember seeing reports for new Covid restrictions and there wasn't one woman included," she says. "We get so much into our office about childcare and it's exposed the fact that we don't have childcare as a public service in this country, when in fact childcare is paramount to gender equality.

"Issues relating to women often are overlooked and that's cognisant to not enough women being in these rooms making these decisions. It's 100 years since the foundation of the State and we're still so far off gender equality in politics."

The introduction of gender quotas in 2016 saw a doubling of female candidacy to 36% and still, only 22.5% of TDs elected during last year's General Election were women. And yet, Holly remains hopefully that the times are changing - slowly, but surely.

"During the count for the General Election a lot of young girls showed up with their parents wanting to meet me," she says. "In the moment I didn't understand why, but I suppose seeing a younger woman on the posters engaged them.

"We see it globally too, there's more women getting involved in politics and there's huge support there. The times are changing, slowly."

popular
Here are the baby name trends set to dominate 2023
Queen Elizabeth II's cause of death revealed
Five children rescued from van as driver is arrested
Irish twins featured by Gucci during Milan Fashion Week
Status Yellow warning for six counties with heavy rain and wind in the mix
Greg O'Shea says he regrets not staying with Amber for longer
"I'm not comfortable": Tristan Thompson proposed to Khloe Kardashian
You may also like
10 months ago
Aimée: "I don't look like a typical popstar but I'm going to wear a f**king latex suit anyway"
11 months ago
Stephanie McKeon: "Walking through the West End, there's life again"
1 year ago
Amy De Bhrún: "I never wanted to be famous, just to be an actress"
1 year ago
Louise O'Reilly: "There can never be enough diversity, but it needs to be genuine"
1 year ago
Sene Naoupu: "This is just the start, we're ensuring women's rugby is available to everyone"
1 year ago
Keilidh Cashell: "Whether we're in a pandemic or not, people still want to look and feel beautiful"
Next Page